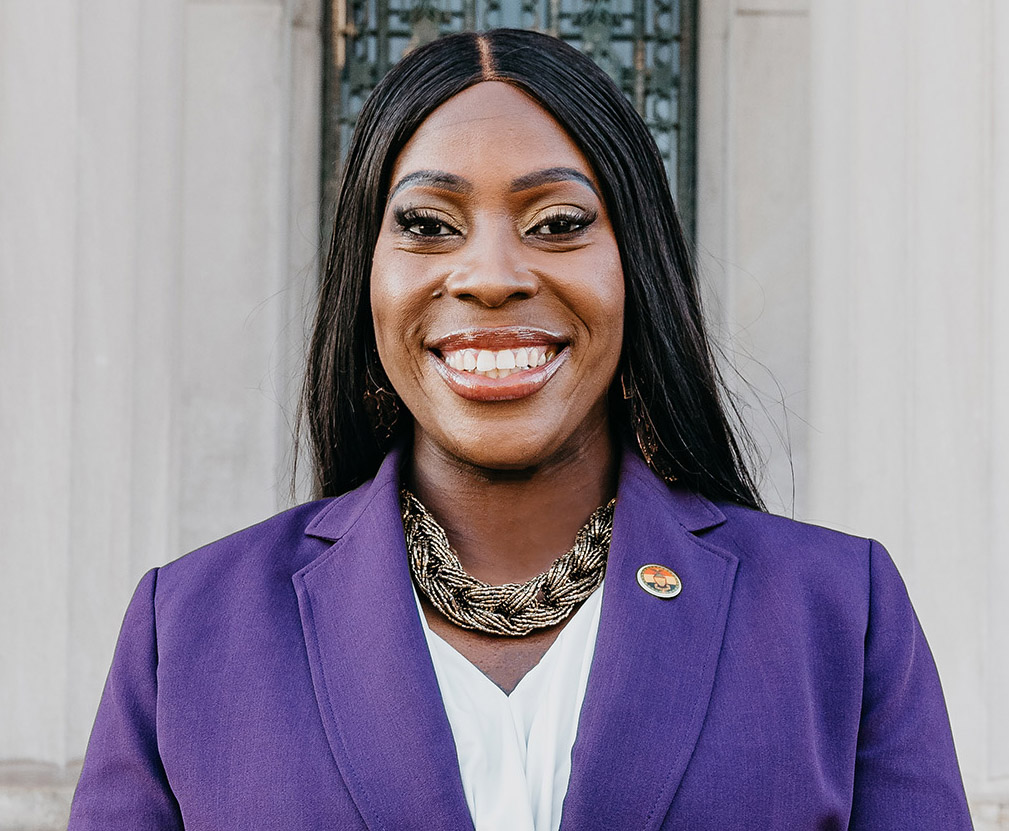 On November 2nd, 2021, Vanessa L. Gibson was elected to be the 14th Bronx Borough President to serve the over 1.4 million residents and families that call the Bronx home.

A native New Yorker, Ms. Gibson began her career serving the people of the west Bronx. In January 2001, while a student at the University at Albany, Ms. Gibson joined the New York State Assembly Intern Program and was assigned to then-Assemblywoman Aurelia Greene. As an Intern, she worked on legislation for the Assemblywoman, attended meetings and met with constituents and community groups on behalf of the office.

Upon graduation, Ms. Gibson served as Legislative Aide, and then advanced to District Manager, overseeing the Bronx office. In this position, she was responsible for the day-to-day operations of the district office, supervising the staff and all administrative and constituent services. Ms. Gibson would serve as the District Manager for several years until Assemblywoman Aurelia Greene resigned from office in May 2009 after twenty-eight years in the Assembly. With community and family support, Ms. Gibson decided to run for the New York State Assembly and was elected to this position in a special election on June 2, 2009 to represent the residents and families of the 77th District in the Bronx.

As a Council Member, Ms. Gibson was a leader in education, affordable housing, public safety and criminal justice reform. Ms. Gibson was also an advocate for alternatives to incarceration, tenant protections, increased training for our police officers and held the distinction of being the first African-American woman chair of the New York City Council Public Safety Committee.

In 2020, she announced her run for Bronx Borough President with a mission to move the Bronx forward with a focus on public safety, food equity, housing insecurity, health and wellness, gender equity, support for the LGBTQIA+ community and a myriad of other issues. Ms. Gibson won her primary election in June, the general election in November, and now proudly represents the borough of the Bronx as the first woman and African-American Bronx Borough President. Despite several challenges during the beginning of her first term, Ms. Gibson is optimistic for better days ahead in the Bronx, and is honored and thankful for the opportunity to serve in elected office for such a time as this.