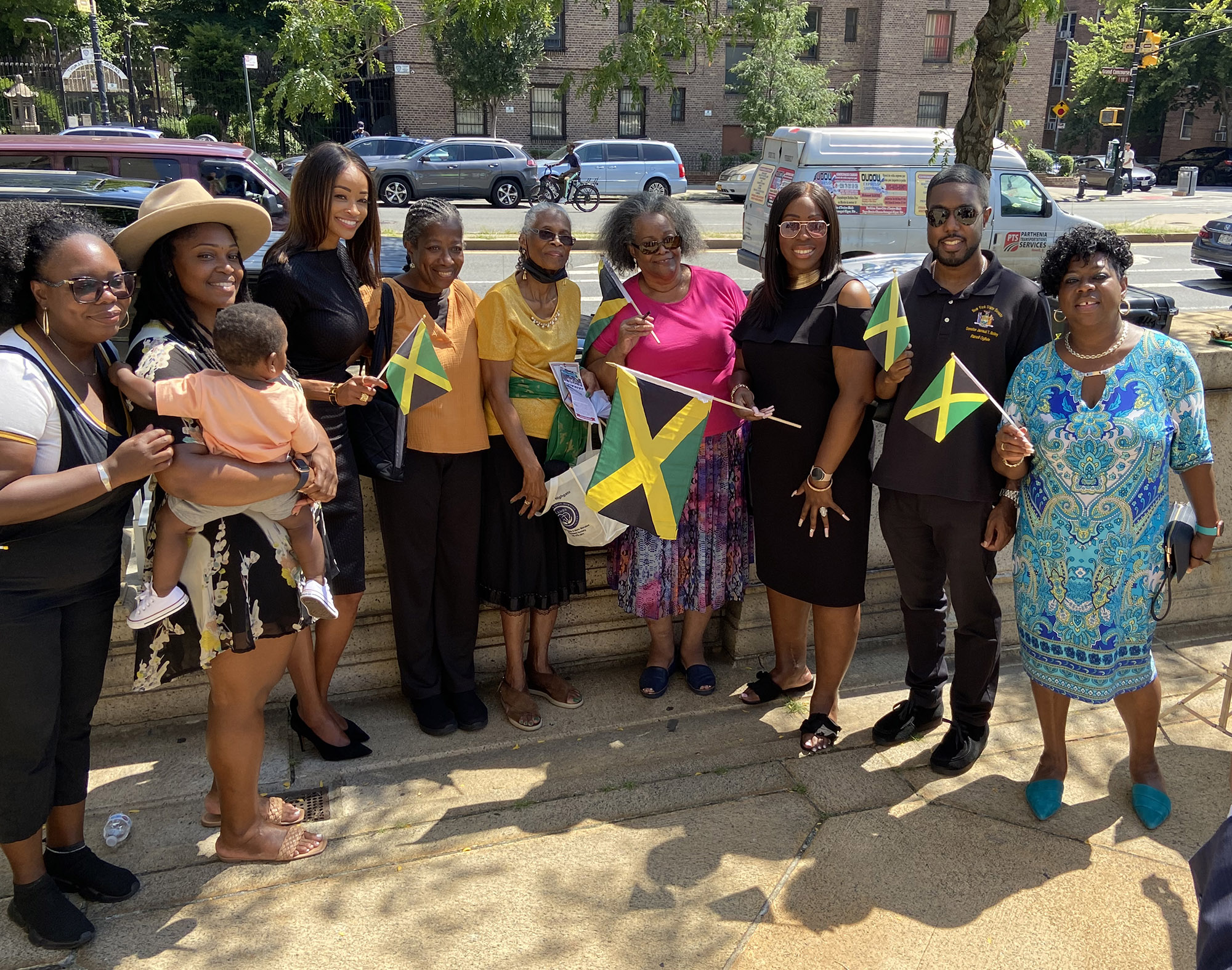 (Bronx, NY) – Today, Bronx Borough President Gibson joined Bronx District Attorney Darcel Clark, Assembly Member Chantel Jackson, Council Member Althea Stevens, Mistress of Ceremonies, WCBS-TV Reporter Alecia Reid, and others to host an inaugural Jamaican flag-raising ceremony to commemorate 60 years of Jamaica`s independence. With an estimated 308,000 Jamaicans living in New York City, which is the largest nationwide according to the U.S. Census Bureau (2019), the Bronx represents a significant number of them who live in the Wakefield, Edenwald, Williamsbridge, and Baychester sections of the Borough.

“This is a celebration to acknowledge the history and heritage of Jamaican-Americans living in New York City and the Bronx. With so many other countries represented here in our Borough, hosting this flag-raising ceremony is an opportunity to amplify the culture, heritage, and countless contributions made by Bronx-based Jamaican-Americans each day,” said Bronx Borough President Vanessa L. Gibson.