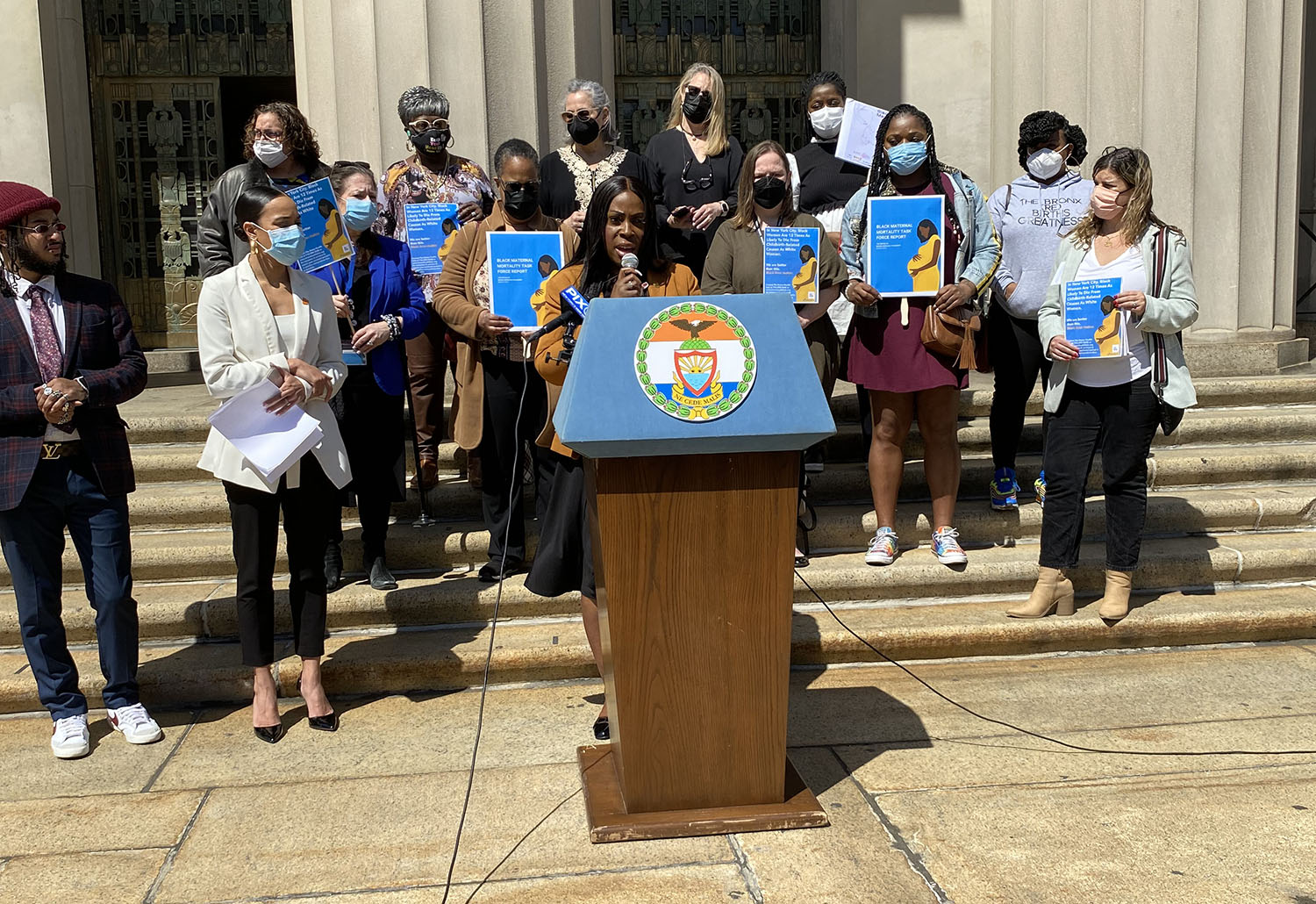 According to New York City data, the Bronx has the highest maternal morbidity of any Borough, and Black/ non-Hispanic women are 2.5 times more likely to have suffered injury. The numbers for each community in the Bronx show that collectively thousands of Bronx mothers have sustained severe injury during childbirth, and the rate in all neighborhoods but one, is higher than the NYC average. The data also shows that Black women in the Bronx experience disproportionately higher than normal rates of maternal mortality and morbidity than any other racial group – 8 times higher than any other racial group.

“It is a fundamental right for every birthing person in our borough to receive quality, reproductive care,” said Bronx Borough President Vanessa L. Gibson. “No matter where a woman lives, her race, or socio-economic status, she is entitled to respectful treatment and a standard of care equal to every other woman in New York State. I have long supported maternal health in the Bronx, especially our community of birth workers – midwives and doulas – that provide prenatal education services, and coaching support to mothers during and after childbirth. We know that when a woman has a midwife or doula at her side while delivering a baby, focused on her physical, emotional and mental well-being, then the outcomes of birth are significantly better, less stressful, and safer for mother and child. It is about time that we enact policy that reflects these beliefs and that we continue to support our birth workers that are on the frontlines each day caring for mothers throughout our state, city and borough.”

“Socioeconomic inequality is a primary contributor to the higher maternal and infant mortality rates in Bronx neighborhoods,” said Alma Idehen, Principal Associate, Department of Family and Social Medicine, Co-Director, Department of Family and Social Medicine Bronx Healthy Start Partnership , Albert Einstein College of Medicine, Jack and Pearl Resnick Campus. “Bronx Healthy Start and community partners are working to implement a variety of prenatal and postnatal strategies for reduction in these rates and improved quality of lives so mothers, birthing persons, babies and families to thrive. We are pleased to be partnering with Borough President Gibson and other stakeholders to not only heighten awareness of this blight on our nation and communities, but to come together to chart a course, identify and target strengths and resources for a healthier Bronx. At Healthy Start, we believe every baby deserves to see 366 days and beyond,”

“We are in the business of saving lives no matter the color or creed. We must redirect the course of birthing equity towards better birthing solutions or people will die meaninglessly in this assembly line model of care that is provided by the medical system,” said Bruce McIntyre III, Founder of Save a Rose Foundation. “If we are not tailoring to the needs of the people then we are simply not meeting the requirement which only makes room for failure. These disparities show genocidal trends and we can no longer ignore America’s dirty little secret. It is time to value the HEALTH in Healthcare & Time to stop putting lives last.”

“The rates of maternal mortality and morbidity for brown and black people is reprehensible”, said Theresa Landau, MS, RDN, CDN, CLC, Co-Chair of the Bronx Breastfeeding Coalition and Chair of the NYC Breastfeeding Leadership Council, Inc. “ In the richest nation on earth, in the wealthiest city in the nation, it is unconscionable that the maternal mortality rate for black birthing people is more than 10 times that for white people. This is an outrage. Borough President Vanessa Gibson was an inspiration at today’s Press Conference to raise awareness of Black Maternal Health Week and the disparity in birth outcomes. Parenthood is a time of joy, yet for too many of our black sisters and brothers, it becomes a time of devastation. We, as society, can do better. The Black Maternal Health Momnibus MUST be passed by the Senate. BP Gibson has called upon the Governor to appropriately fund maternal health care, including doula and other evidence-based programs. We must invest today for the health of our future.”

“As we take steps toward our long time mission of establishing a freestanding birth center in the Bronx, the Womb Bus is our creative approach to making sure we can provide immediate access to the quality maternal and reproductive health that Bronx residents deserve,” said Myla Flores, The Birthing Place.

The Bronx Borough President also sent a letter yesterday to Governor Kathy Hochul urging her administration to implement policy changes that would help to address both the high levels of mortality and morbidity, but also the racial disparity that leaves Black women particularly vulnerable to adverse outcomes in pregnancy and childbirth. The three recommendations were as follows:

In addition, the Bronx Borough President announced her continued support for a Bronx Birthing Center that would provide holistic wrap-around reproductive care to mothers before, during and after childbirth. Delivering a baby in a Birthing Center allows many Black women to have a different kind of birth experience; these facilities provide culturally sensitive care, demonstrate under-standing of traditional birthing practices in BIPOC communities and allow family to be present.

She also declared April 11 – April 17 as Black Maternal Health Week in the Bronx and reaffirmed the Bronx`s commitment to combating this maternal crisis in the Bronx.