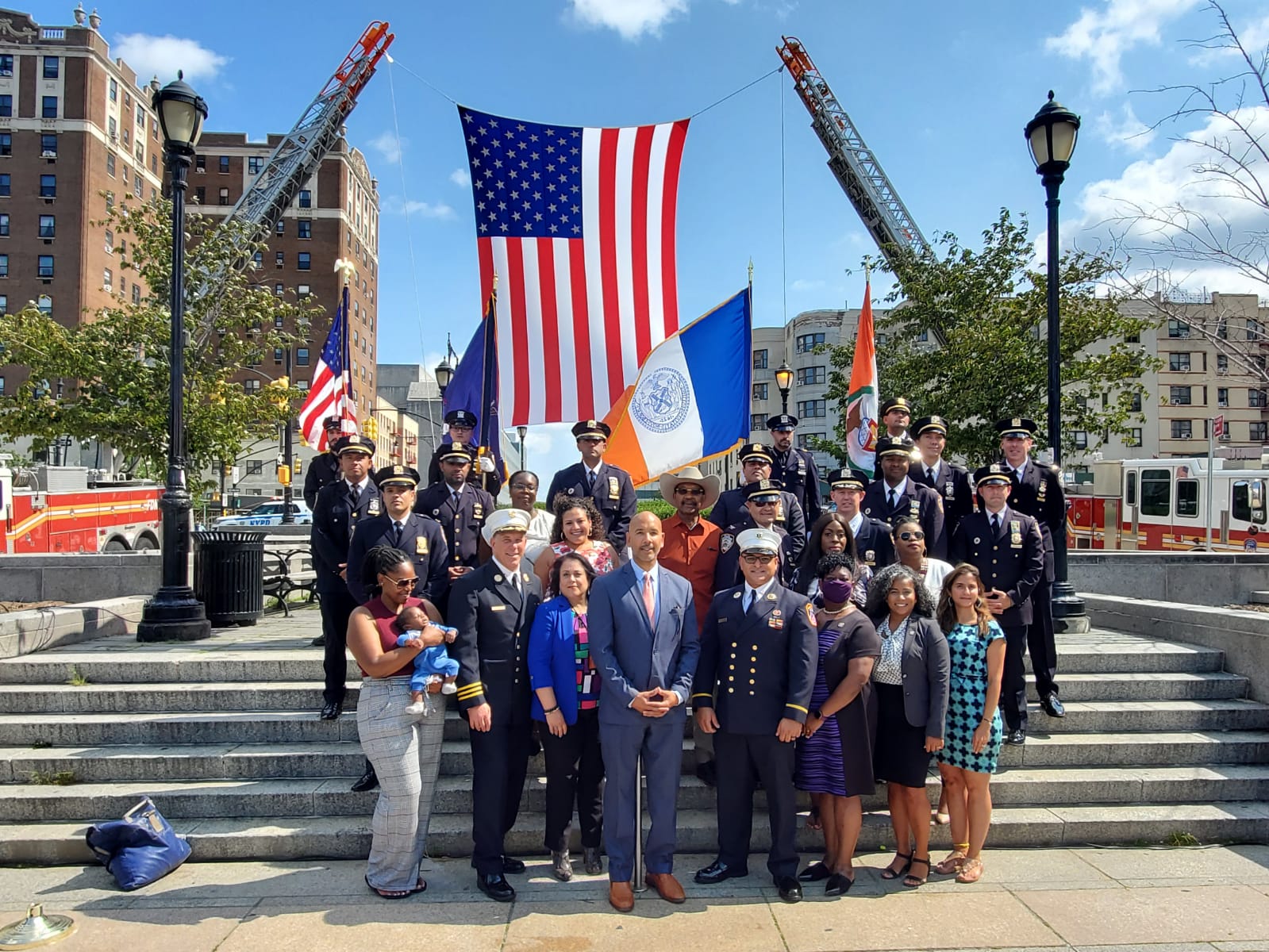 On Monday, September 13, 2021, Bronx Borough President Ruben Diaz Jr. and the Supreme Court of Bronx County co-hosted the borough’s annual “Day of Remembrance” to commemorate the families, friends and neighbors who perished in the terrorist attacks of September 11, 2001.

The event took place on Lou Gehrig Plaza at East 161st Street & Grand Concourse in The Bronx. Amanda Bossard of News 12 served as the event MC, and the event featured a Presentation of Colors by the New York State Courts Ceremonial Unit, music from different artists, as well as prayers from faith leaders from across the borough.

“On September 11, 2001, our Nation was brutally attacked in the name of misguided hate, causing the deaths of nearly 3,000 people,” said Bronx Borough President Ruben Diaz Jr. “Our borough lost 144 individuals in this tragedy, and while we fight a new enemy, COVID-19, on this day we safely joined together as a borough to pause and reflect on our neighbors who perished 20 years ago, and also recognize the first responders who bravely served without reservation, and focused solely on those who needed rescue that day.”