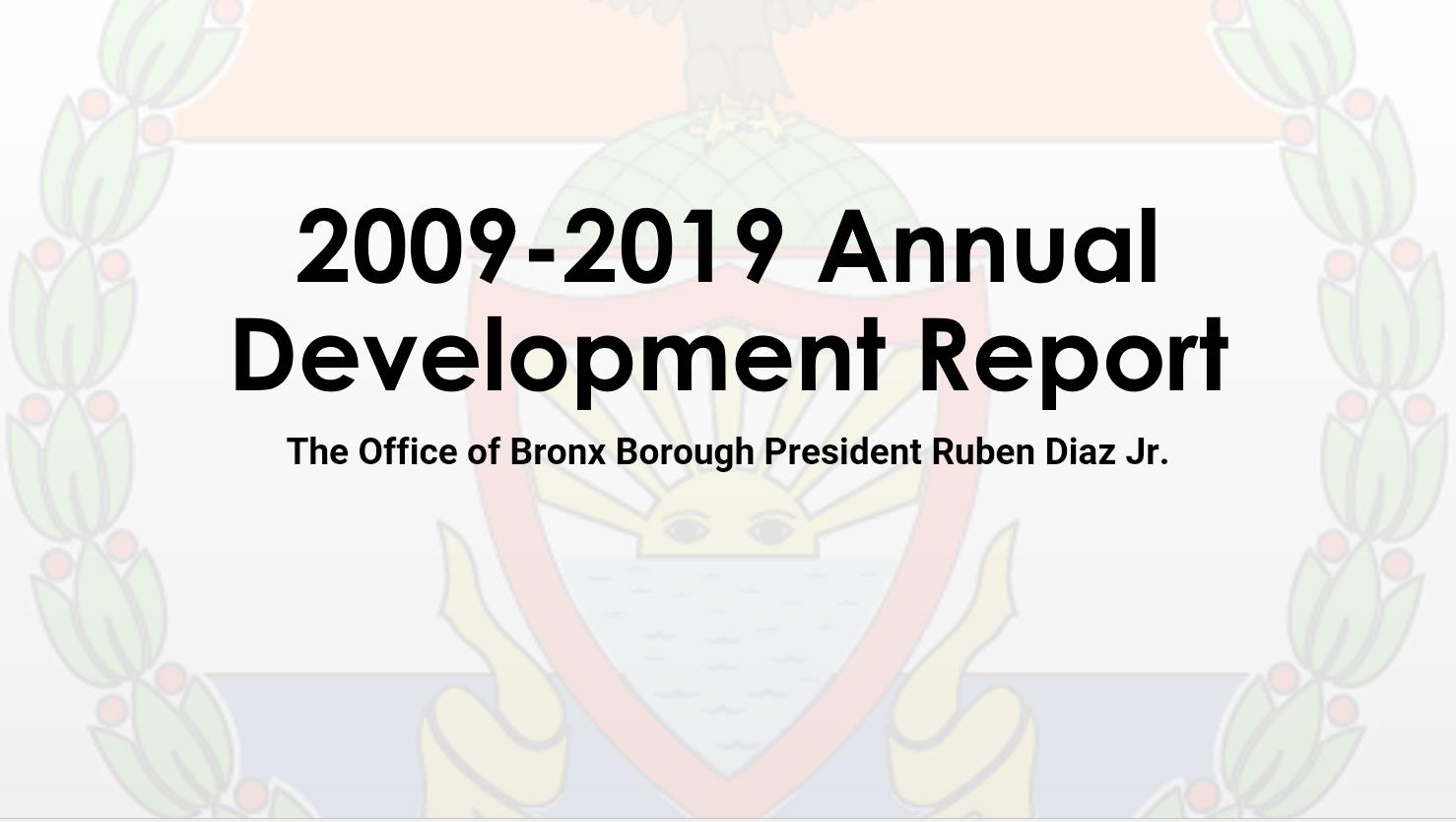 The Bronx saw $4B in total development in 2019, the most of Borough President Diaz’s tenure

“This report shows not only how far we have come as a borough economically, since I first took office, but what The Bronx could become again after we rebound from this global pandemic,” said Bronx Borough President Ruben Diaz Jr. “Last year, we continued to attract tremendous interest from all sectors, making that growth work for all Bronxites. Working together with our Bronx businesses, along with our development leaders, community boards, non-profits and elected officials, we have shown that we are capable of achieving great economic growth, making The Bronx a great place to live, work and raise a family.

The borough has seen more than $23 billion in total investments, up from $18.9 billion in 2018, as well as more than 109.5 million square feet of total development construction since 2009.

Also, a total of 55,295 residential units have also been constructed in The Bronx since 2009, with more than half of those units—27,133—having been developed with government subsidies.

The full report can be read at: https://ukj187.p3cdn2.secureserver.net/wp-content/uploads/2020/12/BXBP-2019-Annual-Development-Report.pdf

A JPEG of the report’s cover can be downloaded at https://bit.ly/2UL2hlp.