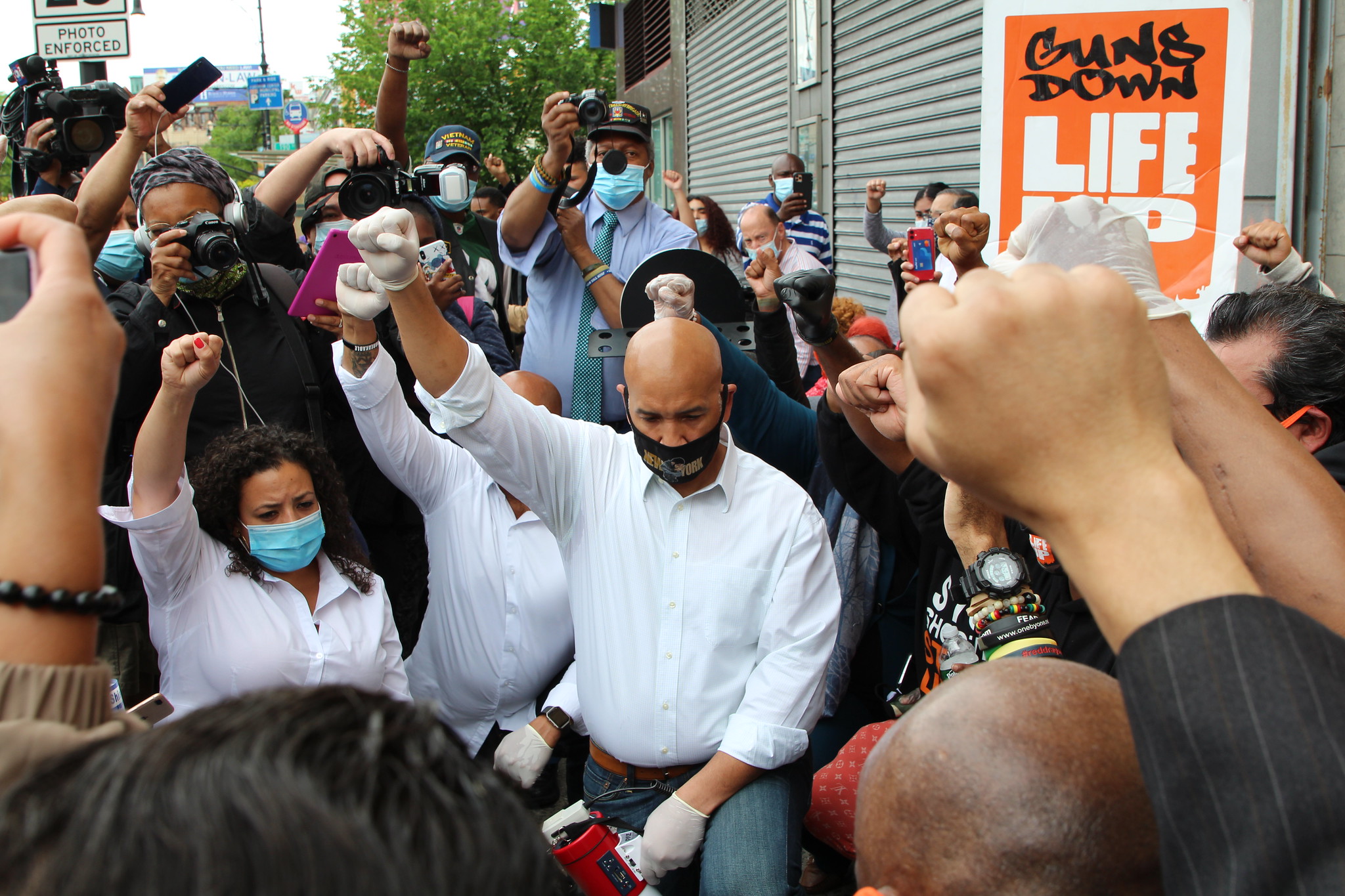 Businesses in The Fordham Road Shopping District and the nearby Burnside Avenue retail corridor were targeted in the overnight chaos following Monday, June 1st, the seventh straight night that protesters faced off with the police nationwide since George Floyd died in police custody in Minneapolis on May 25.

“Last night was bad, not just for The Bronx but for all of New York City,” said Bronx Borough President Ruben Diaz Jr. “Last night was a tough night for law enforcement, small businesses, for this community but most of all, last night was a devastating blow to our pursuit of justice.”

Earlier in the day, Borough President Diaz joined several Bronx elected officials and community leaders to help clean up debris at Bronx Optical Center, an eye-care business on Burnside Avenue which had been looted during the overnight unrest.

“I know that people are angry and scared, but this cannot be the way forward,” said Borough President Diaz. “What happened on Fordham Road and Burnside wasn’t justice and George Floyd would not have wanted this done in his name. We call for peaceful protest, for everyone to come together against systemic racism and inequality without hurting those who are right here living in our own communities.”

Borough President Diaz returned to Burnside Avenue after the press conference to tour the area with Mayor Bill de Blasio and other Bronx elected officials.