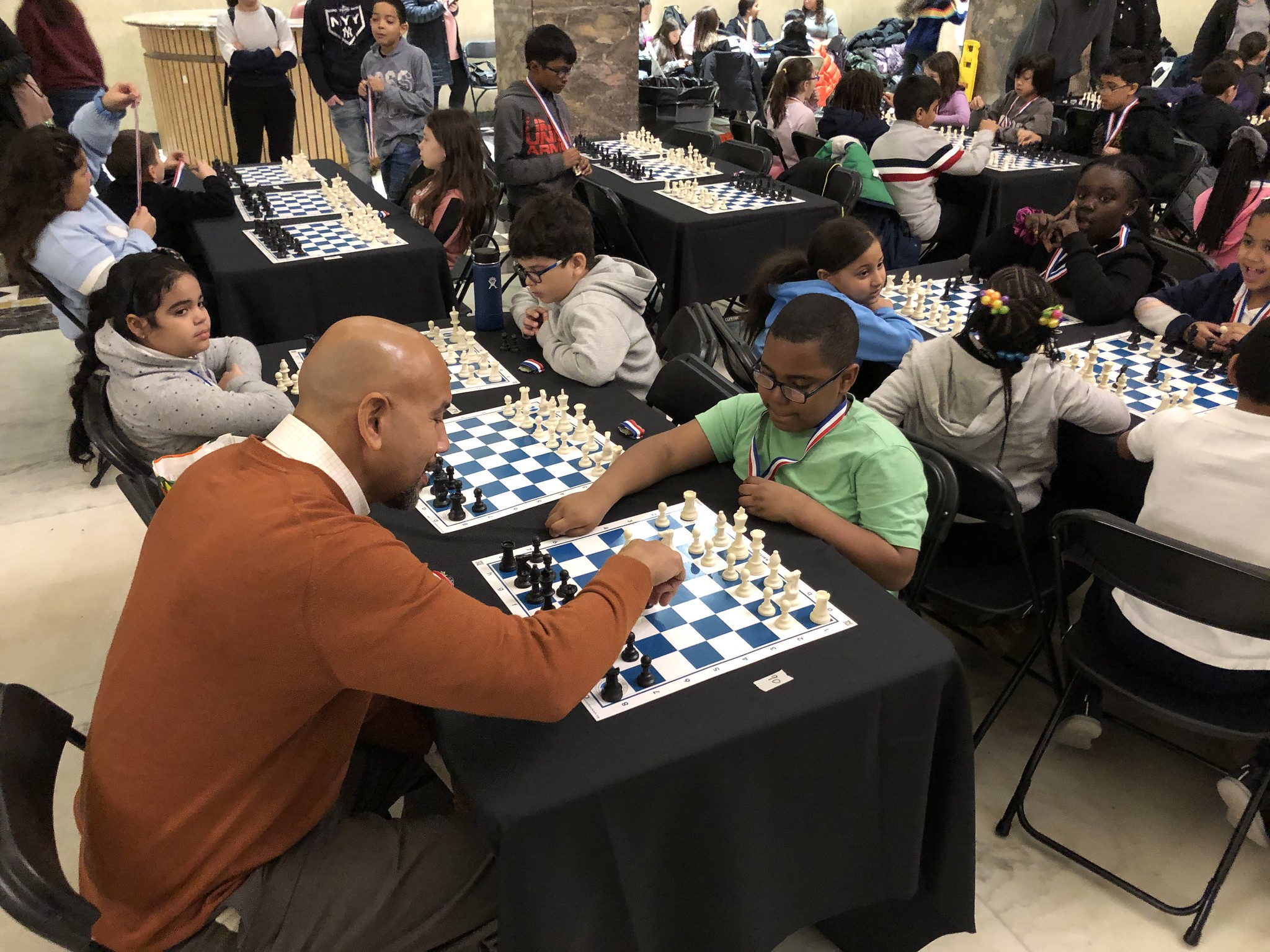 More than 300 students from all over The Bronx participated in the tournament, which featured chess aficionados from grades 3-8 testing their skills against one another. Winners in each division were presented awards by Borough President Diaz, AT&T President-Northern Region Marissa Shorenstein, and Chess in the Schools President & CEO Debbie Eastburn at the event’s conclusion.

“Chess is one of those games that sharpens the mind, enhances decision-making skills, reinforces mental discipline, and works out the most important muscle in ours body – the brain,” said Bronx Borough President Ruben Diaz Jr. “I love hosting this event because these young chess-masters are learning the importance of developing long-term strategy, thinking several steps ahead as far as implementing that strategy, and the patience that goes with adjusting to your opponent’s moves. I feel like everyone is a winner today. I want to thank AT&T and Chess in the Schools for their continued support of this wonderful event.”

“Taking on Bronx Borough President Rubén Díaz Jr. in our annual chess match is one of my favorite events of the year,” said Marissa Shorenstein, President, Northern Region, AT&T. “AT&T continues to team up with the Borough President and Chess in the Schools for the Chess Challenge year after year because we’re committed to helping Bronx students develop the critical thinking and academic skills they need to succeed in school.”

“The Bronx Borough President Ruben Diaz Jr. and The President of AT&T North Region Marissa Shorenstein are skilled chess players who care deeply about bringing chess education to the children of The Bronx,” said Debbie Eastburn, President and CEO of Chess in the Schools. “Today, we have 300 youngsters from 12 schools competing in our biggest-ever Bronx Borough President’s Tournament! Thanks to the sponsorship by AT&T New York and the dedication of the Borough President’s Office, these children are gaining intellectual skills that will help them succeed in school and beyond.”