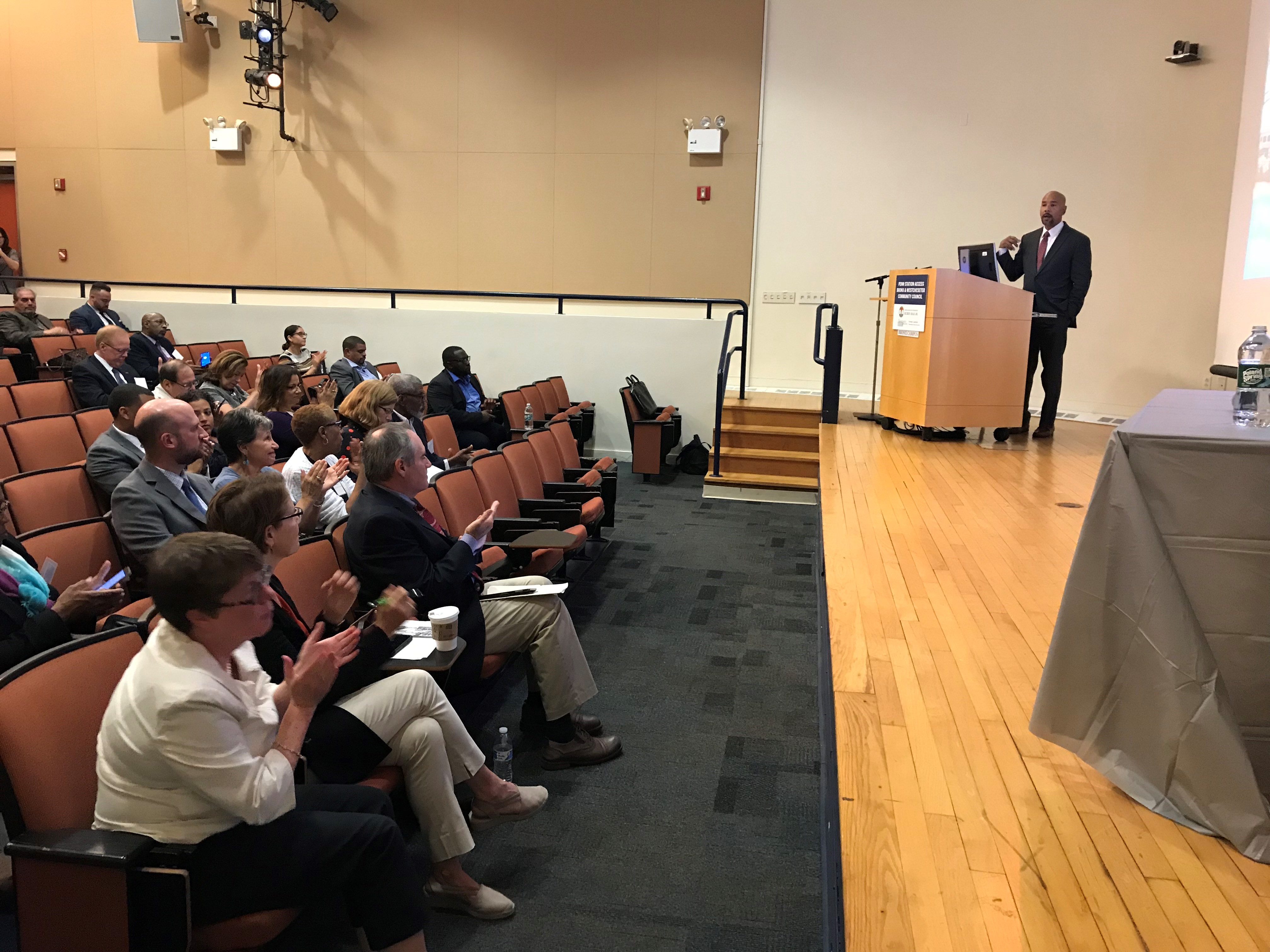 Through this project, commuters from the East Bronx will be able to have a one-seat ride directly into Penn Station and Manhattan’s West Side, as well as to Westchester and Connecticut. The Penn Station Access project will open a new Metro-North Railroad (MNR) link with four new stations in the East Bronx at Co-op City, Morris Park, Parkchester/Van Nest, and Hunts Point. This project will expand transit options for communities that currently exist in transit deserts and provide residents with better access to job centers, schools, and medical facilities. Members of the Community Council will educate their constituents and neighbors on the importance of this project to the entire region.

“I am thrilled to partner with Westchester County Executive George Latimer on the creation of the Penn Station Access Bronx Westchester Community Council. There are so many direct and indirect benefits to Penn Station Access. What this community council will ensure is that we are hearing from everyone. We want to hear the concerns and the questions of the businesses, the major organizations, and especially the residents and commuters who will be served by this expansion. This council will ensure we can do just that,” said Bronx Borough President Ruben Diaz Jr.

“This is about cooperation on a project that will be both good for the Bronx and good for Westchester County. I am pleased to be working with Bronx BP Ruben Diaz Jr. as this project is a win / win for both of us. We want to keep the community involved and informed every step of the way because access to Penn Station is advantageous for those who live in Westchester along the Sound Shore and need to commute to the Bronx or parts of Manhattan for work. This project also makes these communities even more attractive to live in and will raise property values in the process,” said Westchester County Executive George Latimer.

Participating in the roundtable were representatives from civic and community organizations in addition to local businesses based in the East Bronx and Westchester including:

Photos from the event can be downloaded at https://flic.kr/s/aHsmHjsVQk.