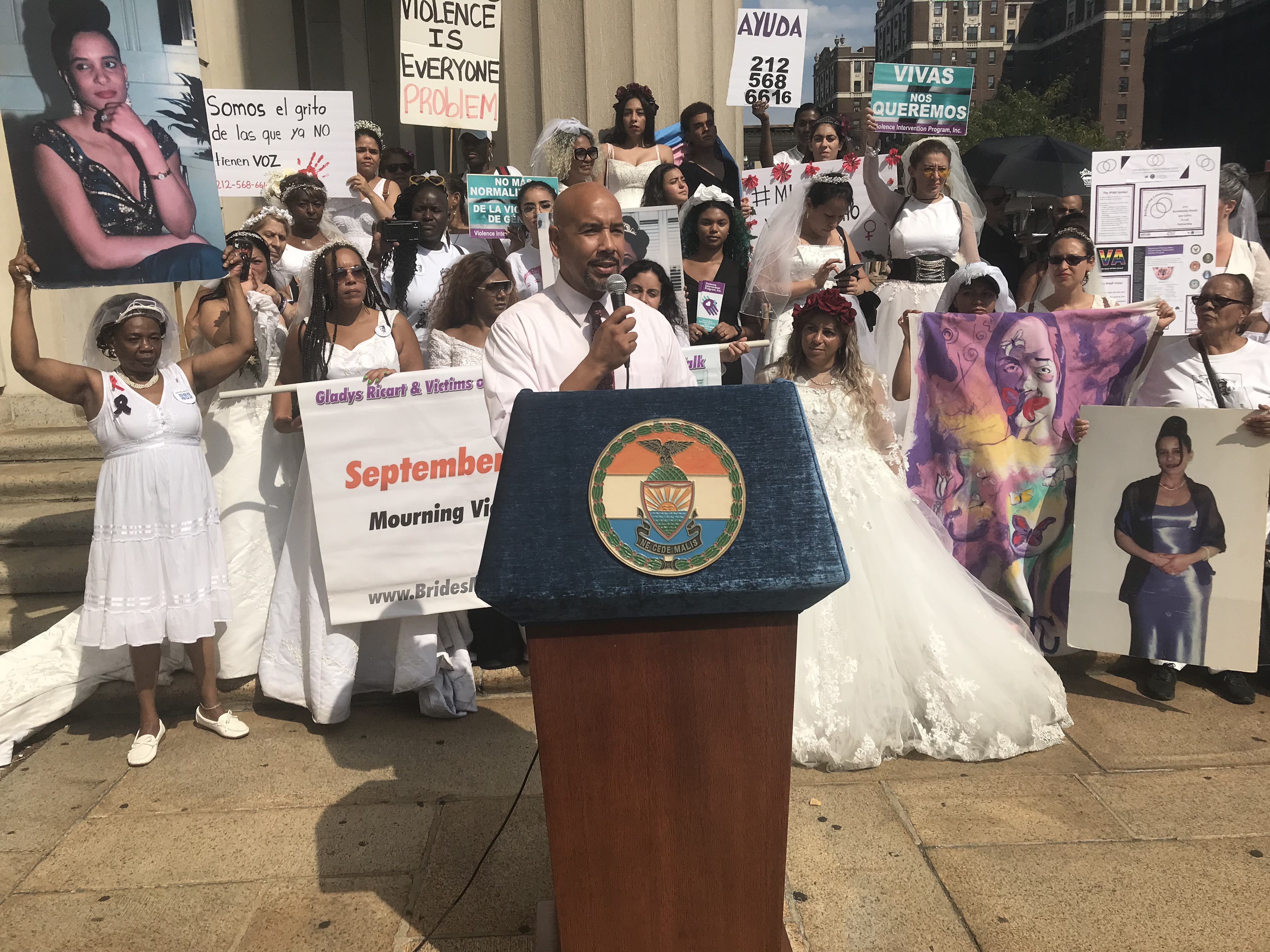 The event, which is commonly known as the Brides March, was started in 2001 in honor of Gladys Ricart, a woman who was murdered in New Jersey in 1999 by her abusive former boyfriend on the day she was to wed her fiancé.

“I wish we didn’t need to have a Brides March every year, but domestic violence is still pervasive and we won’t stop until it is a thing of the past. The devastating physical, emotional, and psychological consequences of domestic violence can cross generations and last a lifetime. Gladys’ family will always feel the pain of her loss, but she will never be forgotten by them or by us,” said Bronx Borough President Ruben Diaz Jr.

Photos from the event are available for download at https://bit.ly/2nvXcQU. For more information about the Brides March, visit http://www.bridesmarch.com/