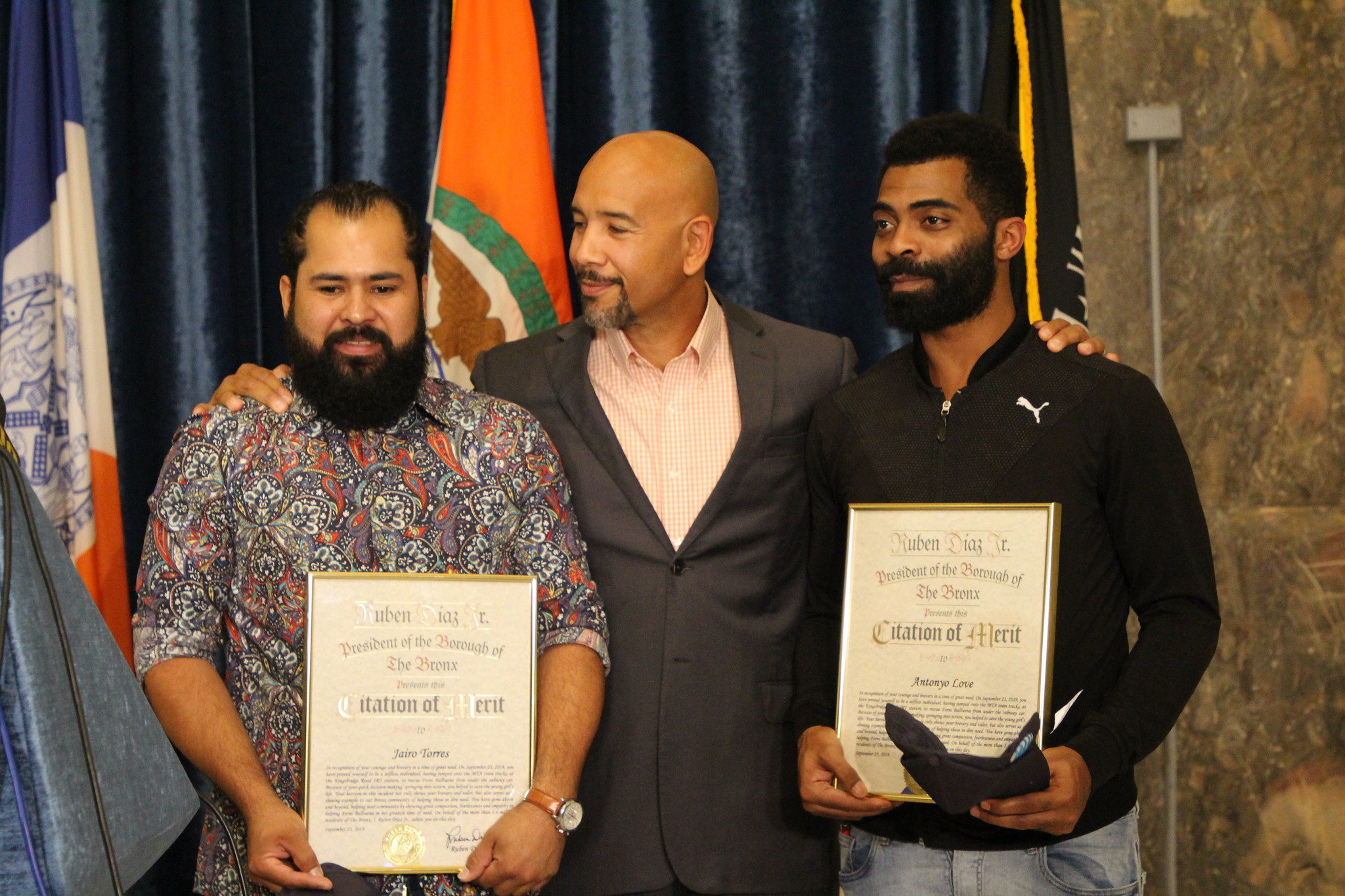 Today, Bronx Borough President Ruben Diaz Jr. honored two Bronx heroes for their efforts to save a five-year-old girl who was tragically dragged in front of the subway by her suicidal father.

Jairo Torres and Antonyo Love teamed up on Monday to rescue young Ferni Balbuena from underneath a subway car at the Kingsbridge Road station during the incident. Torres jumped into the tracks to help after seeing a man throw himself in front of an oncoming 4 train with his daughter, with Love following him in to assist moments later. The little girl was ultimately able to crawl out from underneath the subway car unharmed and was reunited with her mother later that day.

“I am honored to have met Jairo Torres and Antonyo Love, two Bronx heroes who risked their own safety to save an little girl. They didn’t ask for this attention, but today we lift these men up as living examples of true courage and an inspiration to our entire borough. An innocent child now has a second chance at life thanks to these men and I thank them on behalf of The Bronx for their bravery,” said Bronx Borough President Ruben Diaz Jr.

Photos from the event can be downloaded at https://bit.ly/2mK4oYU.