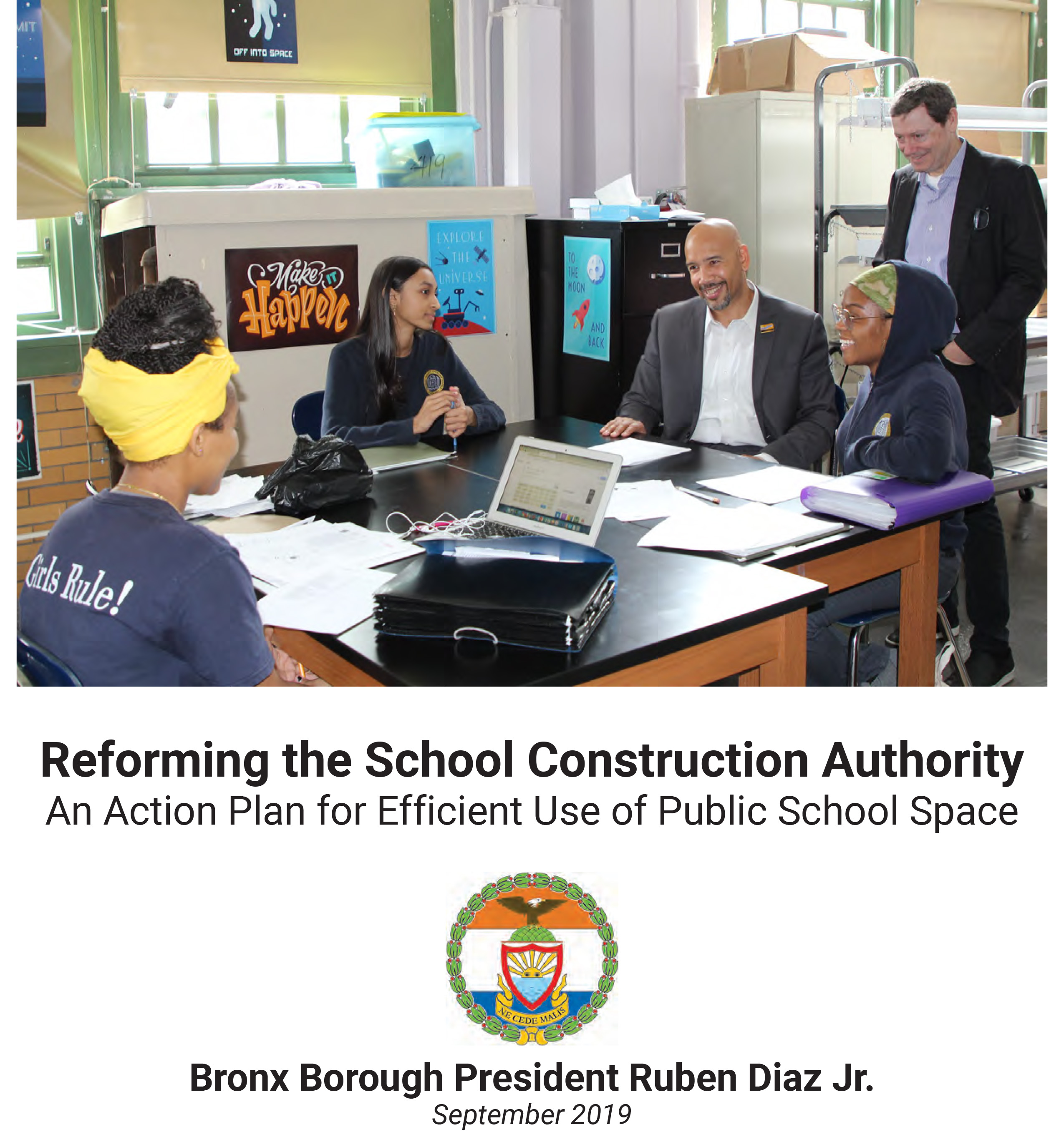 In new report, Borough President Diaz outlines an action plan to address myriad issues that face the SCA, including public school overcrowding & cost overruns, among others

“The first step towards providing a high-level education to the children of New York City is to ensure that they are learning in appropriate spaces,” said Bronx Borough President Ruben Diaz Jr. “In many ways, the School Construction Authority can be an impediment to the success of our public school students. This report outlines a plan to address school overcrowding, cost overruns, the inefficient use of existing space and other habitual problems that face the SCA and force our educators and students to so often teach and learn in inappropriate, overcrowded spaces.”

Recommendations outlined in the report include the need to immediately eliminate the use of trailers as classroom space, include a study of available and potentially necessary school space as part of the Uniform Land Use Review Procedure (ULURP) that occurs during a rezoning, and to identify optimal space for gifted and talented programs in districts across the five boroughs. The report also calls for the SCA to undergo a private RFP pilot program in order to better execute the construction of new public school buildings, among other recommendations.

The full report can be read at https://on.nyc.gov/2zNy3Uu.