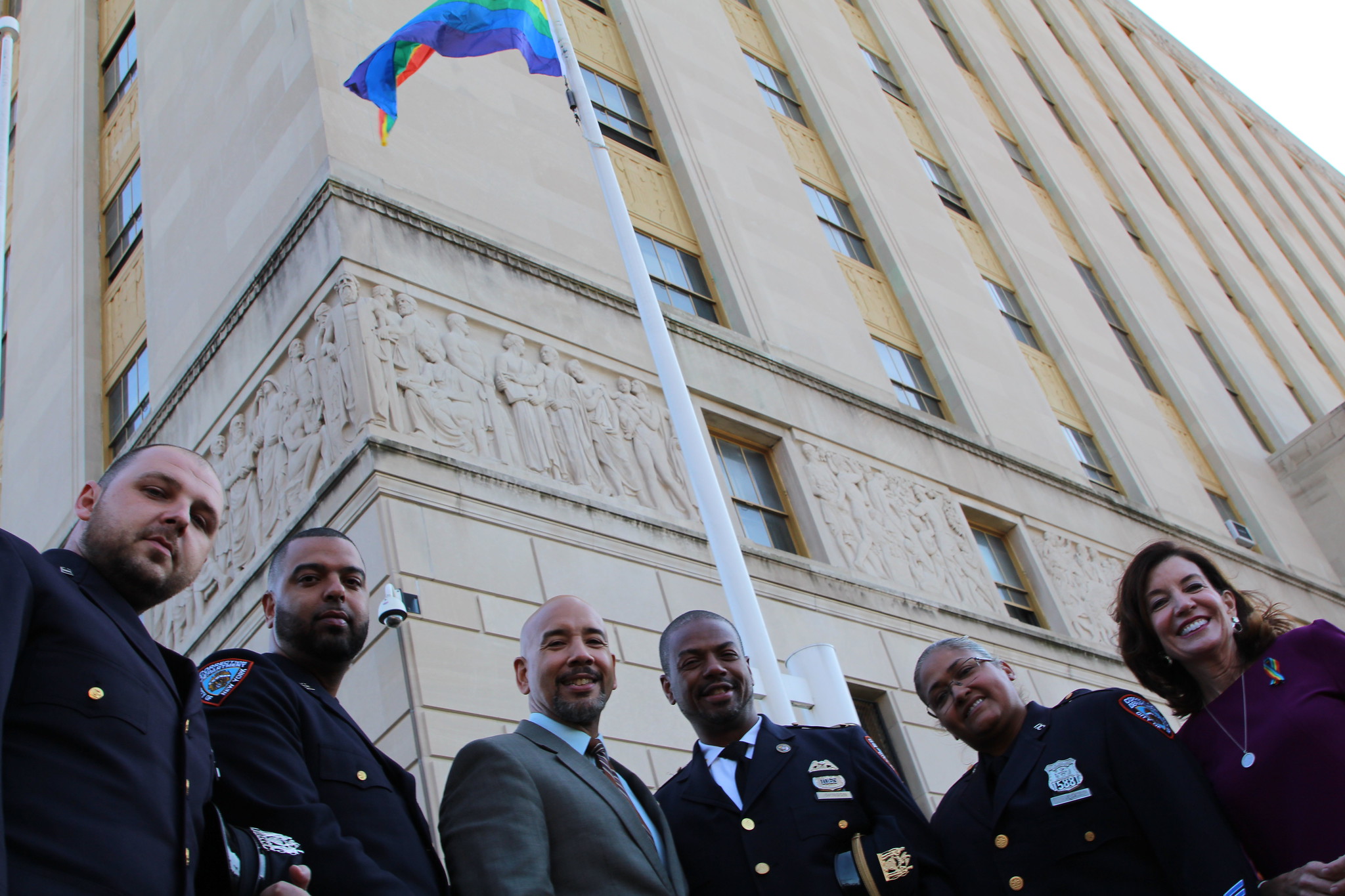 The event recognized this month’s LGBTQ Pride celebrations and the contributions the LGBTQ community has made to the ongoing success of both The Bronx and New York City.

The flag will fly over The Bronx County Building for the entire month of June.

“By flying the flag in front of The Bronx County Building, we are putting our borough’s commitment to equality on full display. We will not allow the LGBTQ community to be pushed to the sidelines, especially in these times when their rights are so often under attack. The Bronx is a place for everyone, and that includes our LGBTQ brothers and sisters,” said Bronx Borough President Ruben Diaz Jr.

Photos of the event can be found at the following link: https://bit.ly/2Z12qRQ