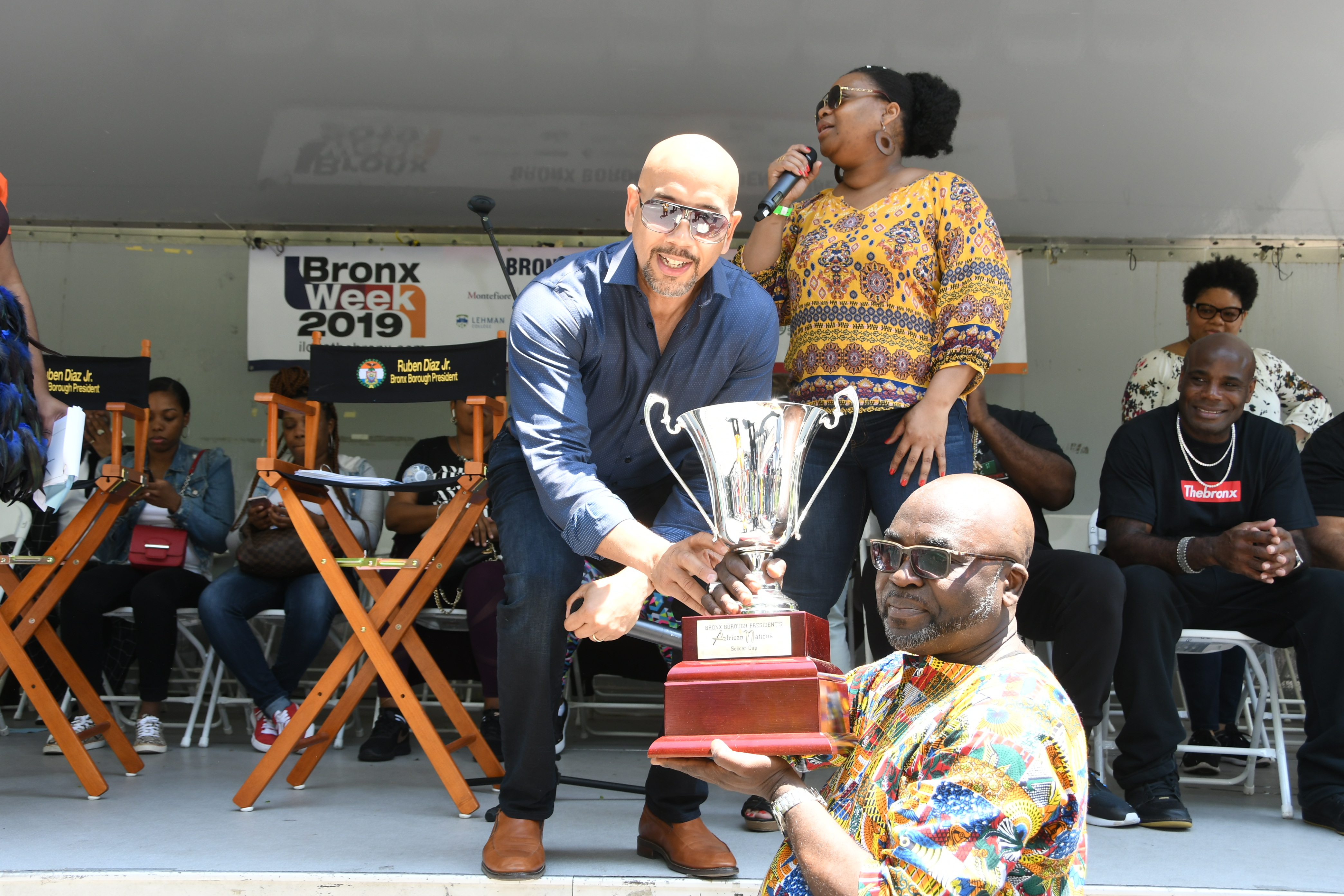 Two-time defending champions Team Gambia, who were looking to win their third championship title in a row, were eliminated in the qualifying stages.

Both the soccer tournament and the African Advisory Council were created in 2010, with help from Borough President Ruben Diaz Jr., in order to make African immigrants in the borough become more engaged in local government and to unite our diverse African diaspora.

“The passion for ‘the Beautiful Game’ unites people from around the globe, and it’s no different here in The Bronx, as our African Advisory Council Bronx Week Soccer Tournament has shown year after year,” said Bronx Borough President Ruben Diaz Jr. “This pan-African tournament showcases that love of soccer as a binding force among our ever-growing Bronx African community. I want to thank everyone who participated in this wonderful tournament, including the two-time defending champions Gambia, finalist Team Benin and the newly-crowned champions Team Senegal, for a hard-fought championship campaign.”

You can find photos here: https://bit.ly/2Qv3DxZ