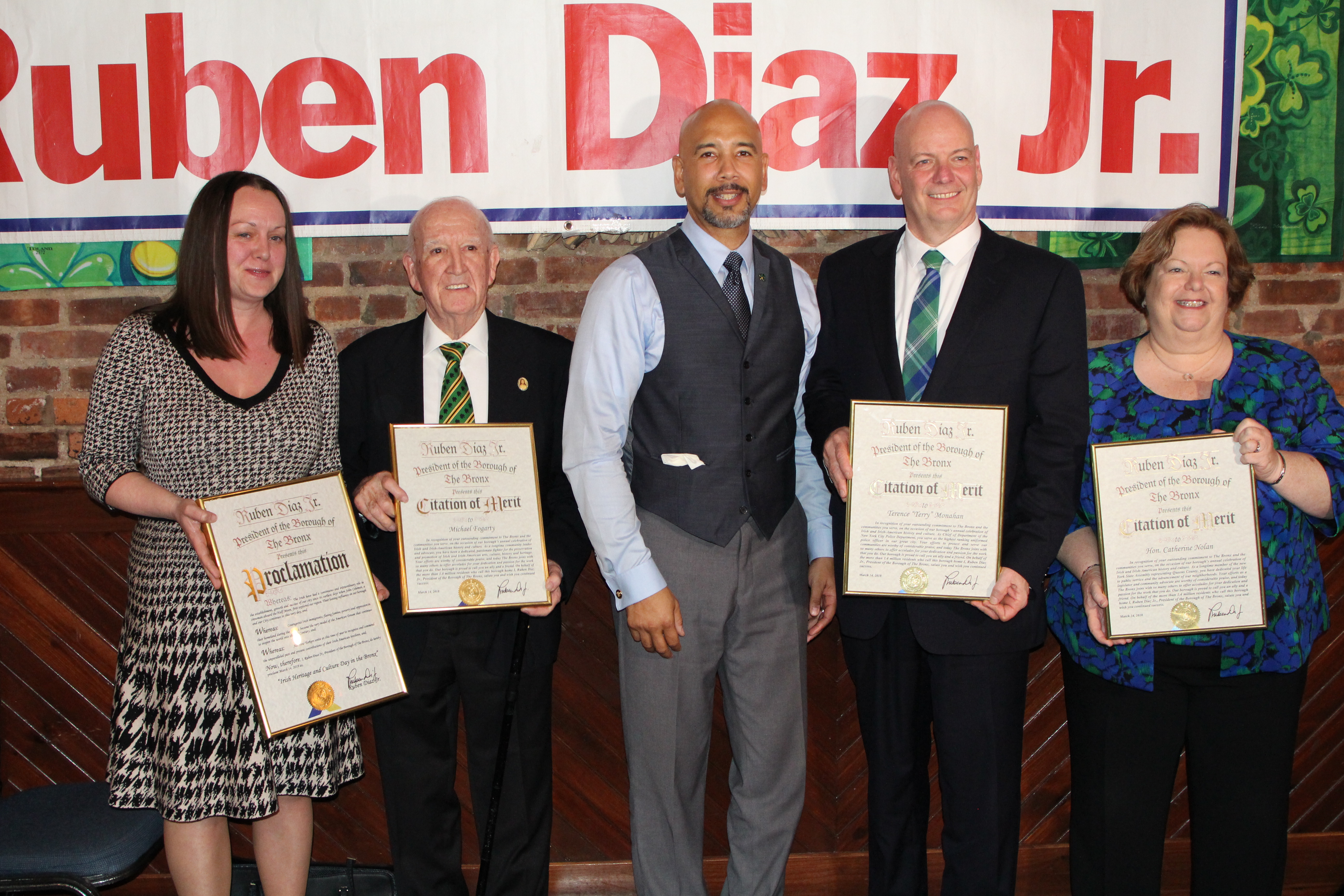 On Thursday, March 14, 2019, Bronx Borough President Ruben Diaz Jr. hosted his annual Irish Heritage and Culture celebration at the Rambling House in the Woodlawn section of The Bronx.

“Every year during March we gather to celebrate Irish-American Heritage Month and the remarkable role the Irish community has played in building our borough, our city and our nation,” said Borough President Diaz. “The Bronx is a community that brings many diverse cultural experiences together, and I am always honored to highlight the role that our Irish and Irish-American neighbors have played in making The Bronx and New York City the amazing places they are today.”

Derek Woods, founder and executive director of the Riverdale Children’s Theatre, served as the event’s emcee.

Photos and video of the event are available at https://www.flickr.com/gp/bronxbp/66Jns4.