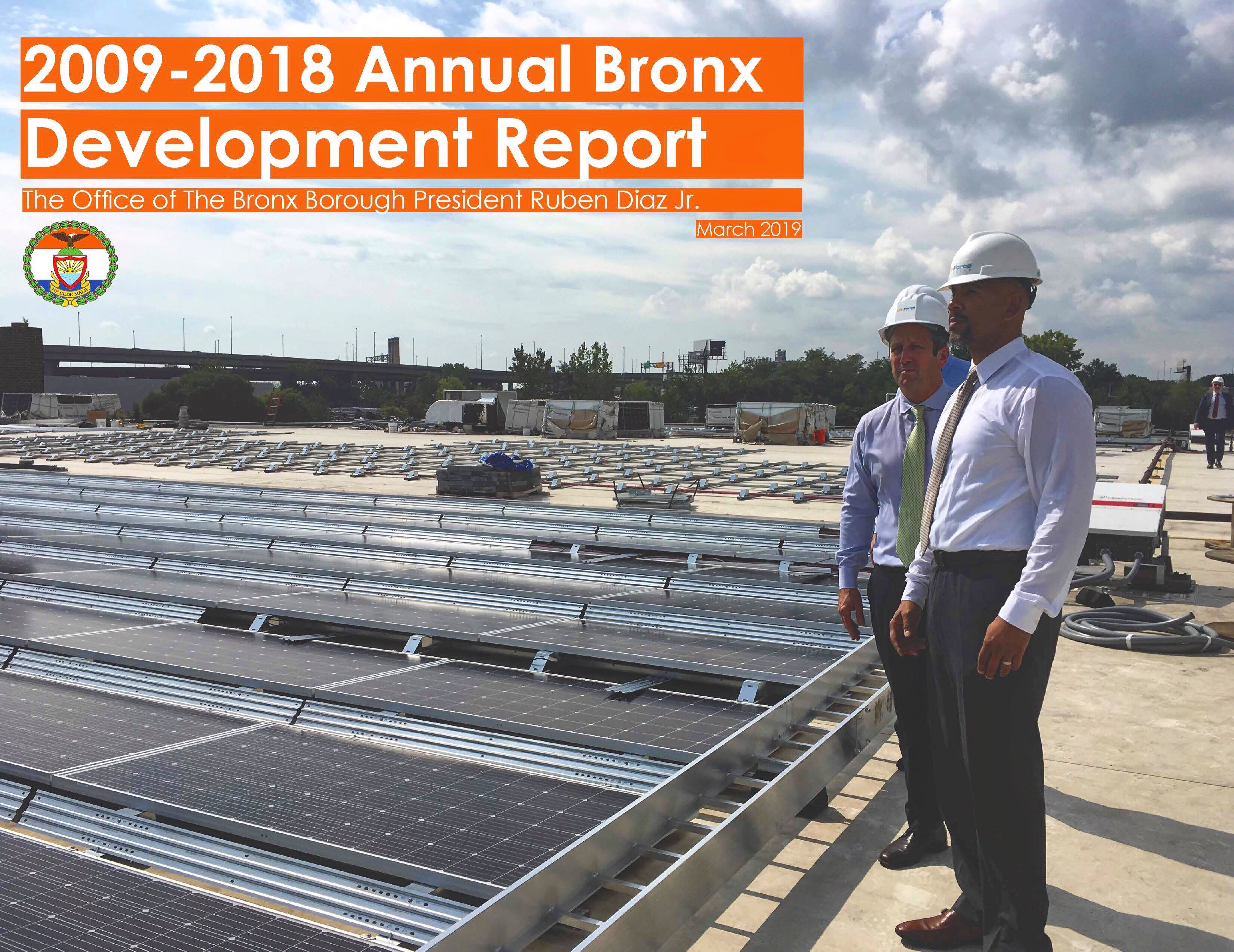 In addition, 8,885 total housing units were developed in The Bronx in 2019, the most of any year since 2009. This includes 4,225 units built with government subsidies.

“We continue to attract tremendous interest from all sectors, and we are making that growth work for all Bronx residents,” said Bronx Borough President Ruben Diaz Jr. “In 2018 not only did we attract the most development dollars of any year since I first took office we also built the most subsidized housing units of any year in the past decade, helping to keep Bronx families in their communities and providing new housing opportunities at the lowest income levels. As we continue the positive redevelopment of The Bronx we are making sure that our efforts work for everyone.”

The full report can be read at https://on.nyc.gov/2HfUffG.

The borough has seen more than $18.9 billion in total development, as well as more than 96.7 million square feet of total development construction since 2009. Also, a total of 45,332 residential units have also been constructed in The Bronx since 2009, with more than half of those units—23,110—having been developed with government subsidies.

A JPEG of the report’s cover can be downloaded at https://flic.kr/p/2dLg6Fv.