Public and Private Partners Help The Arts Flourish in the Bronx 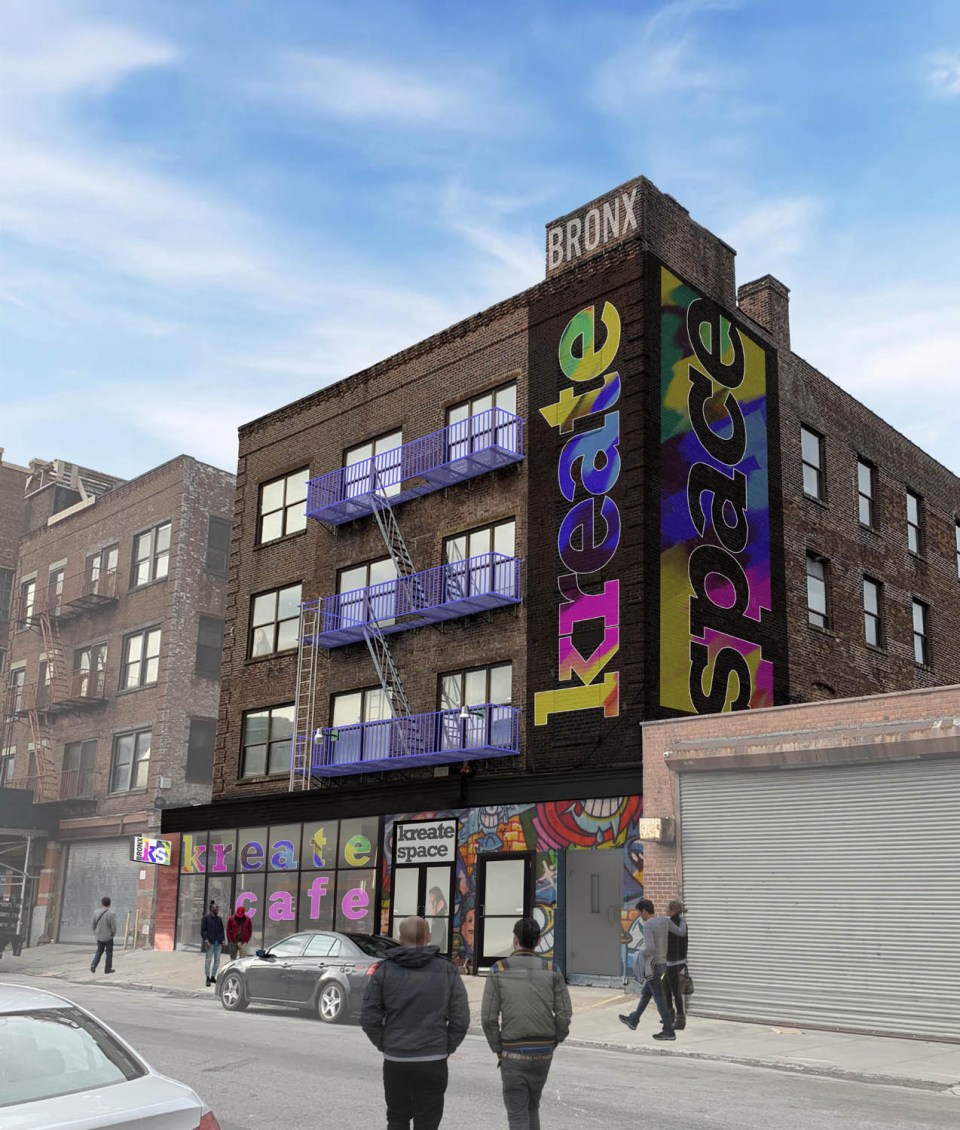 The artistic renaissance in the Bronx is getting a boost as workplace and community incubator Bronx Kreate Space obtained 15 Canal Place in the Mott Haven neighborhood.

Made possible in part by a $595,000 Downtown Revitalization Award from New York State and a $350,000 loan arranged by The Bronx Overall Economic Development Corp. and its president, Marlene Cintron, Bronx Kreate Space plans to establish a modern arts hub that will provide local artists with affordable creative space that fosters artistic synergies while alsodriving the local economy.

But first, the entity had to find a suitable site, eventually settling on a four-story warehouse built in 1908. Bronx Kreate Space singled out Kathy Zamechansky, president of KZA Realty Group, for her pivotal role in securing the new space.

“Kathy was instrumental in helping Bronx Kreate Space find and secure our location in the South Bronx,” said Dan Herdoon, CEO of Bronx Kreate Space. “We began working with Kathy more than two years ago and despite some challenges, she persevered as a partner and advocate for our team, taking an interest as if it were her own project. This is a win for us, and a win for the borough.”

The seller, B&G Mechanical Corp. was represented by Paul Enea of RM Friedland.

Bronx Kreate Space will lease affordable studios to more than 100 artists and makers, along with offering community memberships that allow participants to take part in classes, lectures, gallery space and maker markets.

“This project is of utmost importance to the continued revitalization of the Bronx – especially the ability to attract artists and artisans,” said Zamechansky, an award-winning real estate professional who has helped spur the borough’s commercial and residential renaissance. “This deal would not have happened without support from the Borough President’s office, who encouraged Dan Herdoon and his team to open the site in the Bronx, and the Bronx Overall Economic Development Corporation, who provided a portion of the financing needed to build out the site and facilitated the New York State grant. We are grateful for their help.”

In partnership with local museums, non-profit organizations, schools and government agencies, Bronx Kreate Space will establish a cultural destination in the borough and foster a strong sense of community in the immediate area. Resident and affiliated artists will also mentor local public and private school students.

“The Bronx has always been an innovator in the arts and music, but now we have a home where artists can work in a communal setting,” said Marlene Cintron, president of the Bronx Overall Economic Development Corporation. “The economic development impact of supporting our local artists in the Bronx under one roof will be unprecedented.I look forward to financing more of them as the need for even more space becomes apparent.”

In addition to hiring management, maintenance and hospitality employees, Bronx Kreate Space will partner with a local coffee shop to occupy a cafe space and help build traffic for the ground floor gallery. The space will also host local events.

“Bronx Kreate Space will be instrumental in sending the message that art is for everyone and we need to keep it alive in the Bronx,” said Bronx Borough President Ruben Diaz Jr. “My office supports projects like this to help break down barriers of entry for local artists and the community and I am excited to see this project come to fruition. I thank KZA Realty Group and Kathy Zamechansky for their contribution to the Bronx arts community through the development of this project and the Bronx Overall Economic Development Corp. for providing a significant percentage of the funding to make this happen.”

Founded in 1998 by Kathy Zamechansky, KZA Realty Group (www.kzarealty.com) is a New York City-based commercial real estate brokerage and development consulting firm specializing in commercial planning, project management, community and government relations, finance, marketing and communications. KZA Realty recently entered into an affiliation agreement with commercial real estate brokerage firm RM Friedland to provide enhanced client services. Ms. Zamechansky has won many awards, including the Bronx Chamber of Commerce 2018 Businesswoman of the Year. In addition to serving as Vice Chair of the Bronx Overall Economic Development Corporation and President of the Bronx Manhattan North Association of Realtors, she sits on the Board of Governors of the Bronx along with the Board of Directors of the Bronx Chamber of Commerce and the Harlem Business Alliance. Contact her at (347) 386-9452 or kzama@aol.com.