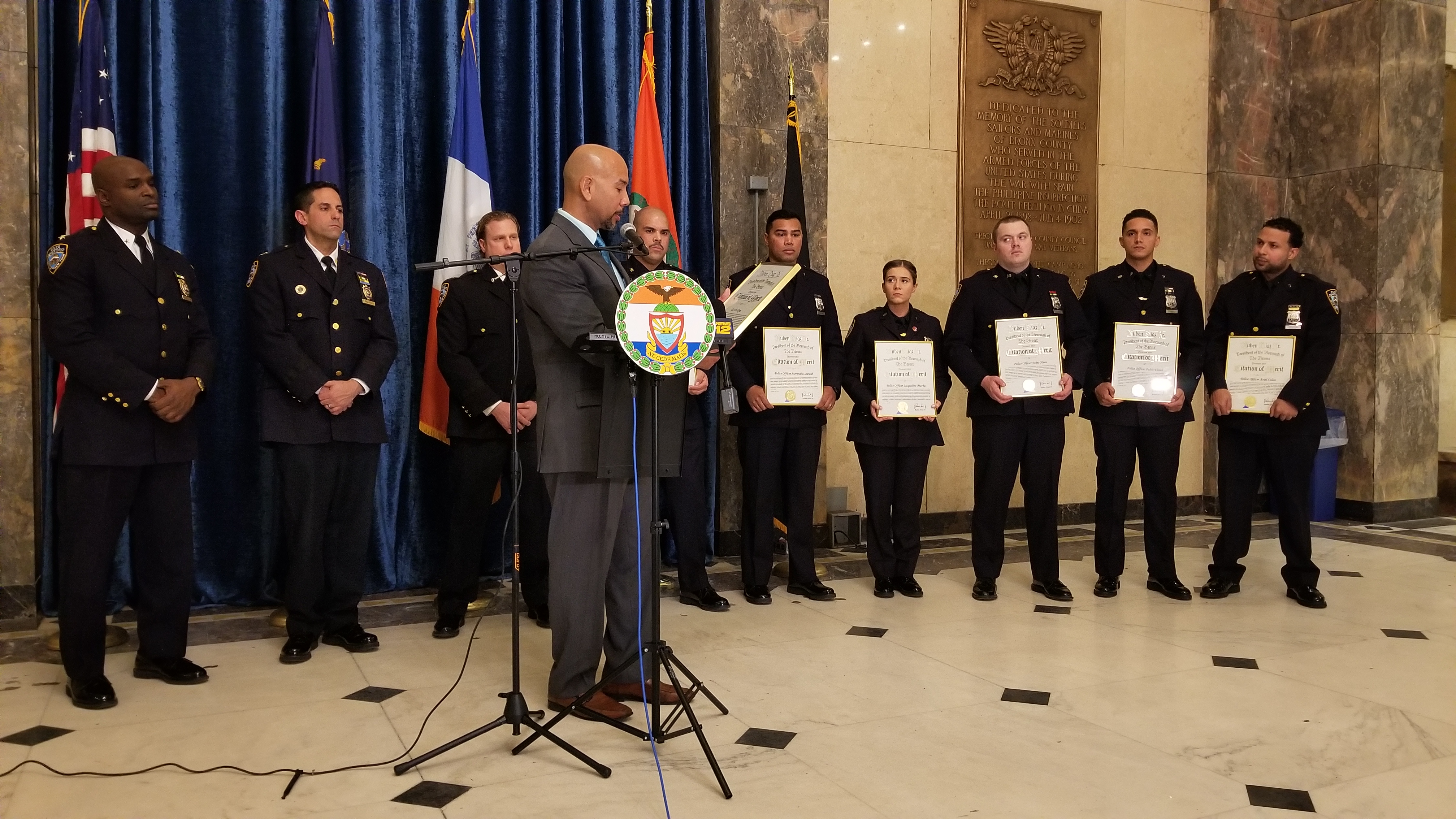 On October 23, 2018, Jaquan Millien and his five-year-old son, Omari, were shot in the stairwell of NYCHA’s Butler Houses. Though Mr. Millien died in the incident, the actions of seven police officers from Police Service Area (PSA) 7 saved Omari’s life.

In particular, Lieutenant Eric Dym of PSA 7 took off his own belt and used it as a tourniquet on Omari’s right arm, stopping the bleeding from his gunshot wound and likely saving the young boy’s life.

“I was getting ready for today and as I was looking for my belt, it reminded me of Omari,” said Lt. Eric Dym, at the ceremony. “I never thought that my superhero would be a five-year-old. I went to the hospital to visit [Omari] and I couldn’t believe the spirit he’s in. He was calm, he was smiling, he had his arm in a sling, reading superhero comics, and I told him, ‘you’re my superhero.’ And he told me he wants to be a cop. And that definitely solidifies why we do what we do. Just hearing him say that, I can’t be more proud to this job that we do, day in and day out.”

“These police officers are a shining example of what it means to protect and serve our community,” said Bronx Borough President Ruben Diaz Jr. “When police officers do something like this, such as saving the life of a five-year-old boy, we have to recognize all the good that our officers are doing throughout our borough, keeping our communities safe and secure. I wanted to do something to thank these brave police officers, these real-life superheroes, who risked their lives to save a young life. I wanted to honor their hard work, and thank them for all that they have done, risking their lives to keep our neighborhoods safe.”

Photos from the event can be downloaded at https://flic.kr/s/aHsmv66gNX.