BRONX ELECTED OFFICIALS TO AMTRAK: GET ON BOARD WITH METRO-NORTH EXPANSION 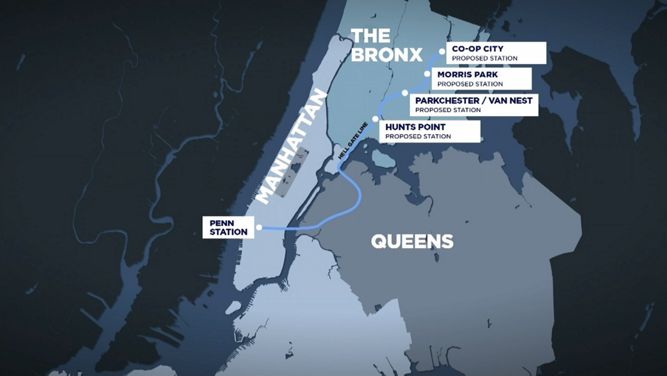 In a letter to Anthony R. Coscia, Chairman of the Board of Amtrak, the borough’s elected officials are demanding that the rail company cease its actions that are currently holding up progress on the proposed East Bronx Metro-North expansion, which will bring commuter rail service to Co-op City, Morris Park/Van Nest, Parkchester and Hunts Point.

“Universal support exists for this critical project among Bronx communities and elected leadership. Despite this reality, Amtrak stands in the way by refusing to negotiate a reasonable MOU with the MTA that would allow work to commence,” states the letter. “It is long overdue for Amtrak to get on board.”
The letter can be read at https://on.nyc.gov/2Oj3Xll.

“The East Bronx Metro-North expansion is universally popular, and has tremendous potential to connect our borough to economic centers to the north in Westchester and Connecticut while also creating a new option to midtown,” said Bronx Borough President Ruben Diaz Jr. “Amtrak is being entirely unreasonable. Amtrak is using its ownership of the tracks to hold up MTA for more money, but it is really commuters across the region who are being held hostage.”