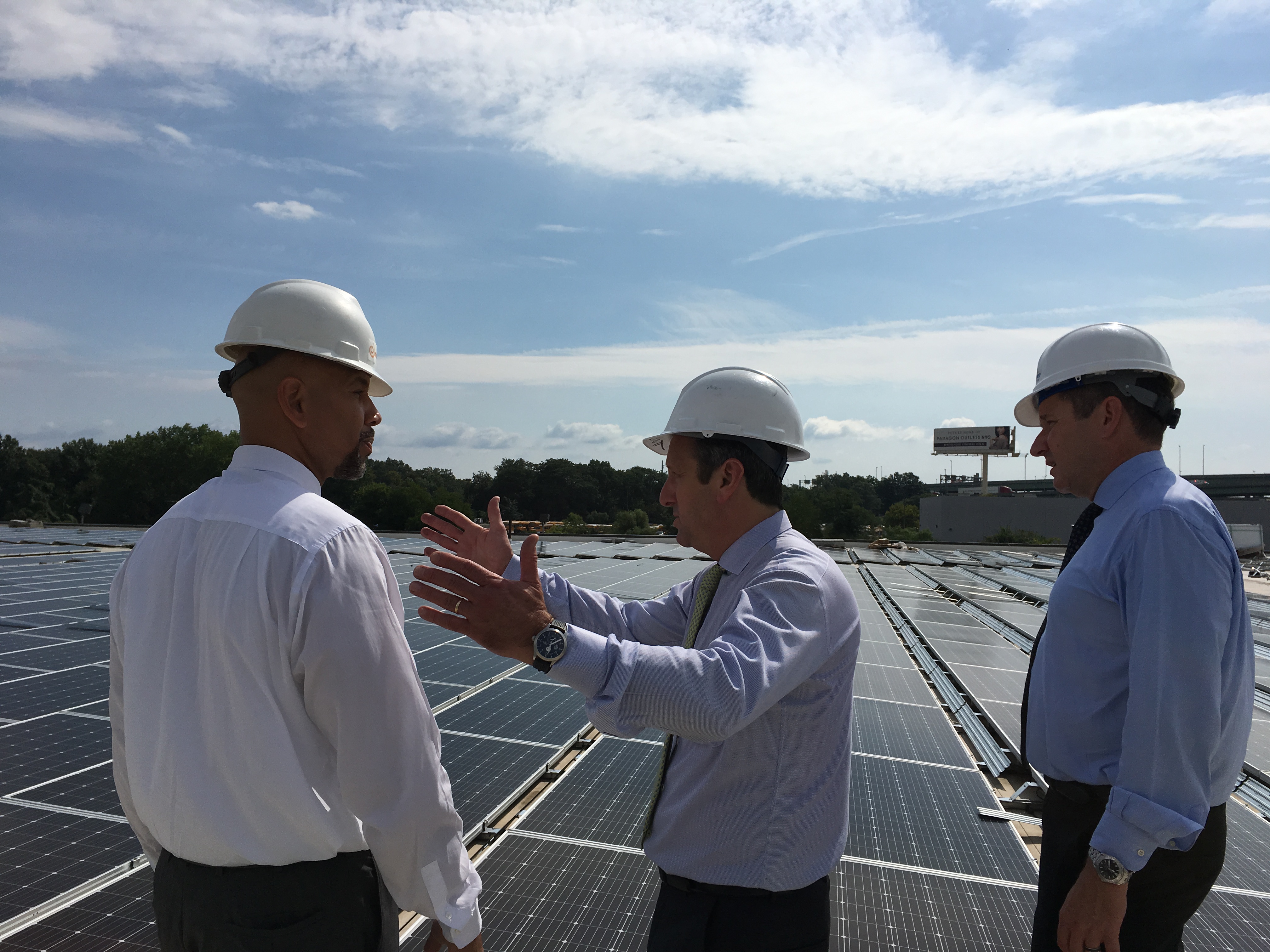 “Our green economy is creating the jobs of the future, and it is important that New York be at the forefront of the shift to a ‘green collar’ economy,” said Bronx Borough President Ruben Diaz Jr. “As we move away from fossil fuels, we must be prepared to replace traditional fuels with cleaner, renewable energy sources like solar. It is time for New York to take the lead and commit to solar energy. With smart planning and a true commitment at all levels of government, we can reach the goal of powering one million households with solar energy in the next five years,” said Bronx Borough President Ruben Diaz Jr.

“As more and more extreme weather and massive storms drive home the reality and dangerous impacts of climate change, it is critical that we support a new, clean energy economy. Building enough solar to power a million homes here in New York by 2023 is a good first step. We must also take this as an opportunity to make our economy work for vulnerable communities. Here in the Bronx, we have witnessed the impact of a dirty energy system- negative health outcomes, pollution and other issues- so I am excited to see this project get off the ground to build a new energy economy,” said New York City Council Member Ritchie Torres.

“Community Solar has the potential to unlock New York City’s largely untapped solar potential. The model offers property owners an above average return on investment combined with a predictable revenue stream for 20 to 25 years. This is a tremendous win-win for property owners and the community at large. Low income households will see more money in their pockets through energy savings, local retailers will benefit from additional cash flowing through the community, and local clean energy production will provide fresher air for all to breathe.” Charles Feit, CEO, OnForce Solar

“PowerMarket is thrilled to be part of the clean energy transition here in the Bronx, in New York City, and beyond. Community solar is about accessibility, flexibility, and inclusion. It’s clean and affordable, and makes it possible for anyone to use solar power: even renters, small businesses, and places of worship,” said Travis Tench, Director of Outreach, PowerMarket.

“As an environmental non-profit, people come to us throughout the year to ask what they can do to make a positive environmental impact.  The ambition and enthusiasm is there. We just have to create the tools to empower people to take things into their own hands. Efforts to bring clean, renewable energy to New Yorkers through initiatives like community solar projects and other forms of distributed generation is incredibly exciting because it empowers individuals to be a real part of the solution,”said John Oppermann, Executive Director of Earth Day Initiative.

The coalition is calling on Governor Cuomo to institute and support concrete policies to reach the one million solar strong goal. The coalition has released two roadmaps outlining robust policy recommendations to achieve the goal of one million households and one hundred thousand low-income households powered by solar, including:

The Million Solar Strong Coalition is a movement of industry, environmental, clean energy and community organizations united by the vision of a strong clean energy economy that works for all New Yorkers. Visit www.solarstrongny.org to learn more about the campaign calling on Governor Cuomo to adopt a goal of one million solar households by 2023 and to read the policy roadmaps.