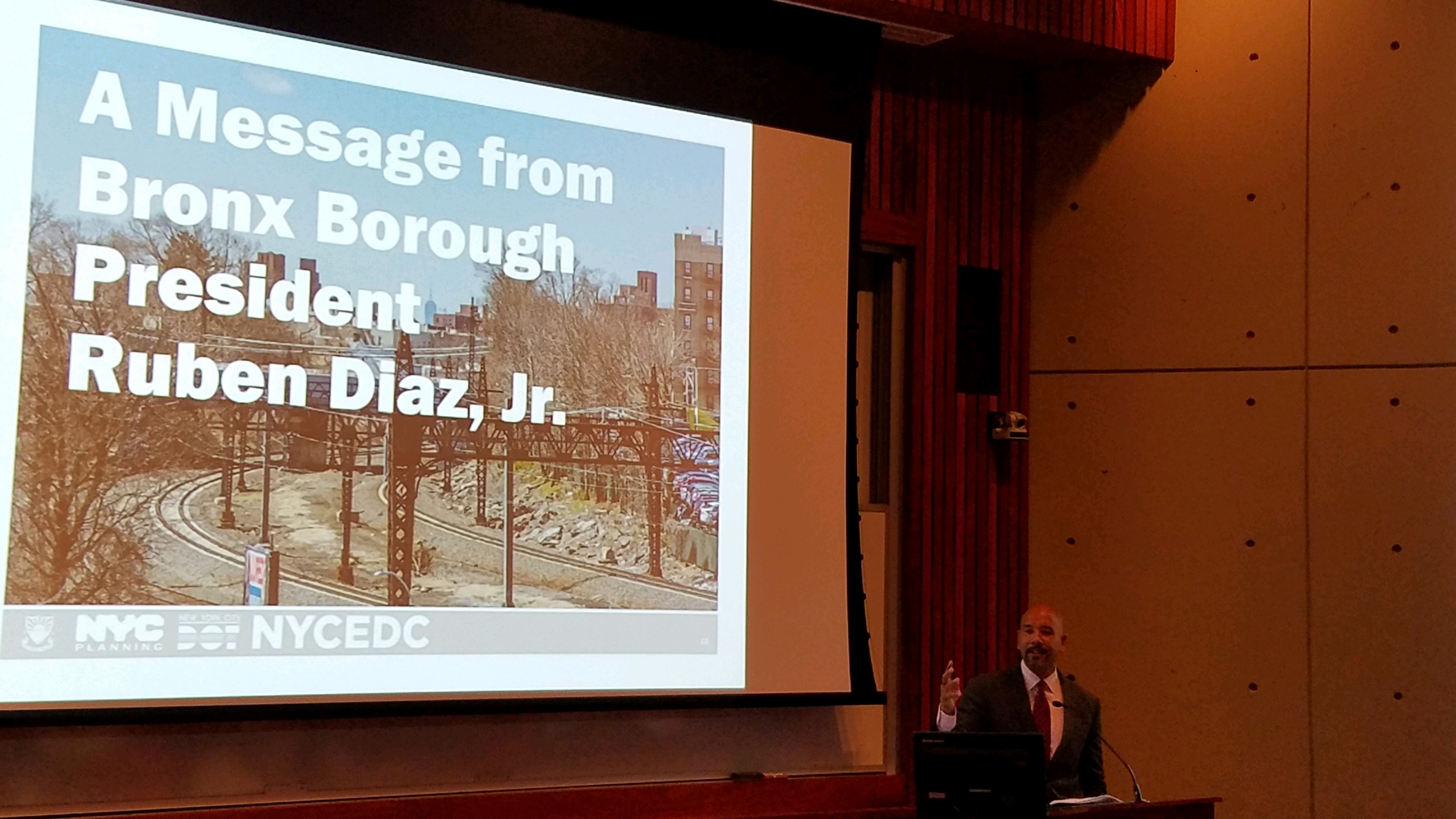 City Planning Director Marisa Lago, co-chair of the Bronx Metro-North Working Group, said, “The Bronx is an exciting place — not only is it the state’s fastest growing county, but it is the only New York City borough where new rail service is coming. This presents big opportunities to grow jobs while building and protecting affordable housing and neighborhoods. This once-in-a-lifetime investment demands careful community planning to ensure that it is a positive force in the lives of Bronx residents and the borough’s economy.”

“Considering the great change that this new Metro-North station will bring the Hunts Point, Parkchester / Van Nest, Morris Park and Co-op City areas, I am glad to see that the Bronx Metro-North Working Group is opening a line of communication with the residents and businesses who will benefit most from this expansion of our rail services,” said Bronx Borough President Ruben Diaz Jr., who also co-chairs the Working Group. “Expanding commuter rail service is a boon for our borough, and the East Bronx Metro-North expansion will open up new economic, recreational and residential opportunities for Bronx residents. I firmly believe that investing in infrastructure is important in order to nurture a robust economy. This Metro-North expansion will bring great transformative changes to these neighborhoods, which is why their input into the project is greatly welcomed.”

“Transit connectivity is critical to economic development,” said NYCEDC President and CEO James Patchett. “Expanding Metro-North service to the eastern and southern sections of the Bronx, two areas that have long lacked dependable transit options, will spark job growth and reduce commuting times. I am thrilled to join my colleagues in city government and our partner agencies on the Bronx Metro-North Working Group and help bring these much-needed stations to life.”

“With the assistance of our City and state sister agencies, the Department of Transportation is proud to help bring new rail service to the East and South Bronx,” said DOT Commissioner Polly Trottenberg. “These new stations will enhance quality of life – and coordination among us will help ensure safer streets, seamless commutes, and better access to jobs and businesses. DOT looks forward to working with Bronx Borough President Ruben Diaz Jr. and this working group to do all we can to provide more transportation options and strengthen Bronx neighborhoods.”

“The Bronx is experiencing amazing growth—new commercial and residential development is on the way throughout the borough, many companies are relocating to the Bronx creating jobs. The new Metro-North train stations will provide improved transportation resulting in major economic development and opportunities for the residences and the businesses in the Bronx,” said Joseph Kelleher, Chairman of the Bronx Chamber of Commerce.

The stations are set to open shortly after completion of the Penn Station Access project, which will provide Metro-North riders with a one-seat ride into Penn Station, significantly reduce commuting times to and from the East Bronx, and add new rail transit options in the South Bronx.

Commuter rail service at the new Metro-North stations will enhance transit options for the East Bronx neighborhoods of Morris Park and Co-op City, which lack regional rail access and have higher car ownership than much of the borough. The Morris Park station presents a unique opportunity to strengthen a major economic center in Morris Park, home to 15,000 jobs – many of them in the growing health and science campuses at the Montefiore-Einstein and the Jacobi Medical Center.

The Parkchester and Hunts Point stations will provide much needed transit options and better connect surrounding neighborhoods both to Manhattan and to major jobs and population centers in Westchester and southeast Connecticut.

Shaping potential development and investments in consultation with local residents, businesses and other stakeholders will maximize the effectiveness of the new stations, ensuring that they are thoughtfully integrated into Bronx neighborhoods.

Among the priorities that preliminary conversations with communities have identified:

To address these and other priorities, the working group comprised of Bronx elected officials, community leaders and local institutions has been convened to help formulate a vision and priorities for each of the station areas, as well as the corridor as a whole, and help guide the work of city and state agencies for the benefit of Bronxites and Bronx businesses. The working group will drive outreach and public participation in the planning work. Public planning events will be held in each station area to address local needs with community stakeholders.

At the first working group meeting, held earlier today, the group heard an overview of the proposed new Bronx Metro-North stations, a summary of previous planning around the existing and proposed Bronx Metro-North stations, and a presentation on Bronx population, jobs, transportation and the City’s New York Works initiative. The first public meeting of the working group is expected to be convened in the early fall.