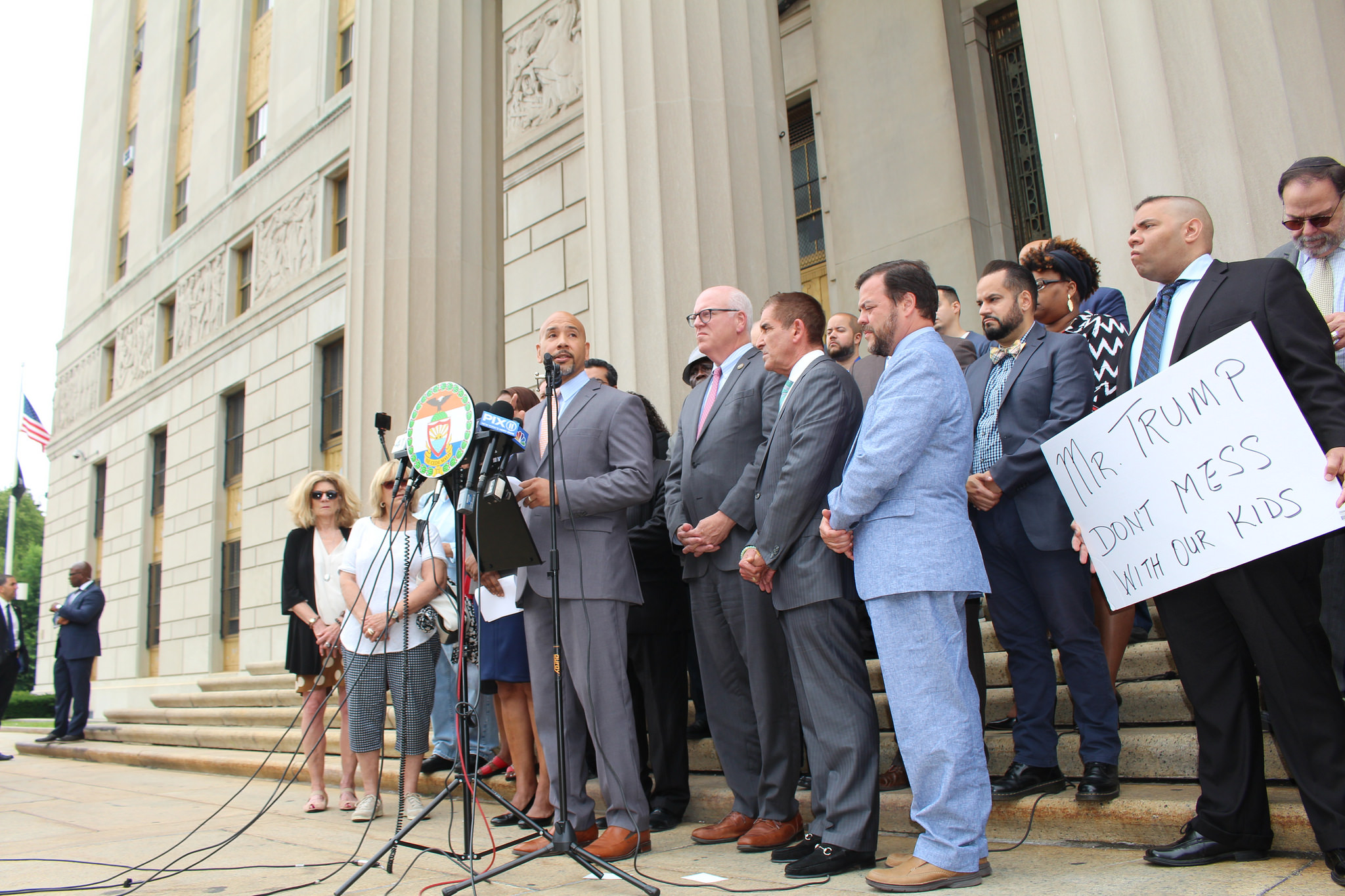 The borough president, clergy, community leaders demanded that the Trump Administration immediately return immigrant children Being held in The Bronx to their parents

Today, Bronx Borough President Ruben Diaz Jr., along with elected officials and religious leaders from around New York City, gathered on the steps of The Bronx County Building for a prayer vigil and rally demanding that immigrant children taken at the southern border being housed in The Bronx and elsewhere are immediately returned to their parents.

This week, it was revealed that children who have been separated from their parents at the United States-Mexican border are being housed at locations throughout New York State, including several in The Bronx. Borough President Diaz, elected officials and clergy members from across the city demanded that the Trump Administration return those children back to their parents.

“What we have seen in the past few days is nothing short of governmental child abuse,” said Bronx Borough President Ruben Diaz Jr. “I am a father of two boys, and I know many of you here have children, as well. Imagine the fear that creeps up on you if you lose your child in the park or the supermarket for a couple of minutes. Now imagine how you would react if they were ripped from your arms. You understand exactly what these parents are going through, and the wounds that have been created in these families that may never heal.”

At the rally Borough President Diaz, clergy, elected officials and members of the community locked their arms in prayer and sang “We Shall Overcome,” for the safety of the children and that they be returned to their parents as soon as possible. According to reports, roughly 2,300 children were separated from their parents, including 700 children who have been housed in New York State.

Those attending the prayer vigil demanded that President Trump start to repair the damage he has already done and return these children where they belong: with their parents.

“If this administration wants to take a step towards righting a horrible wrong they themselves have enacted on this nation, they must commit to doing just that, and to providing the proper resources for reunification,” said Bronx Borough President Ruben Diaz Jr. “Anything less is entirely unacceptable.”