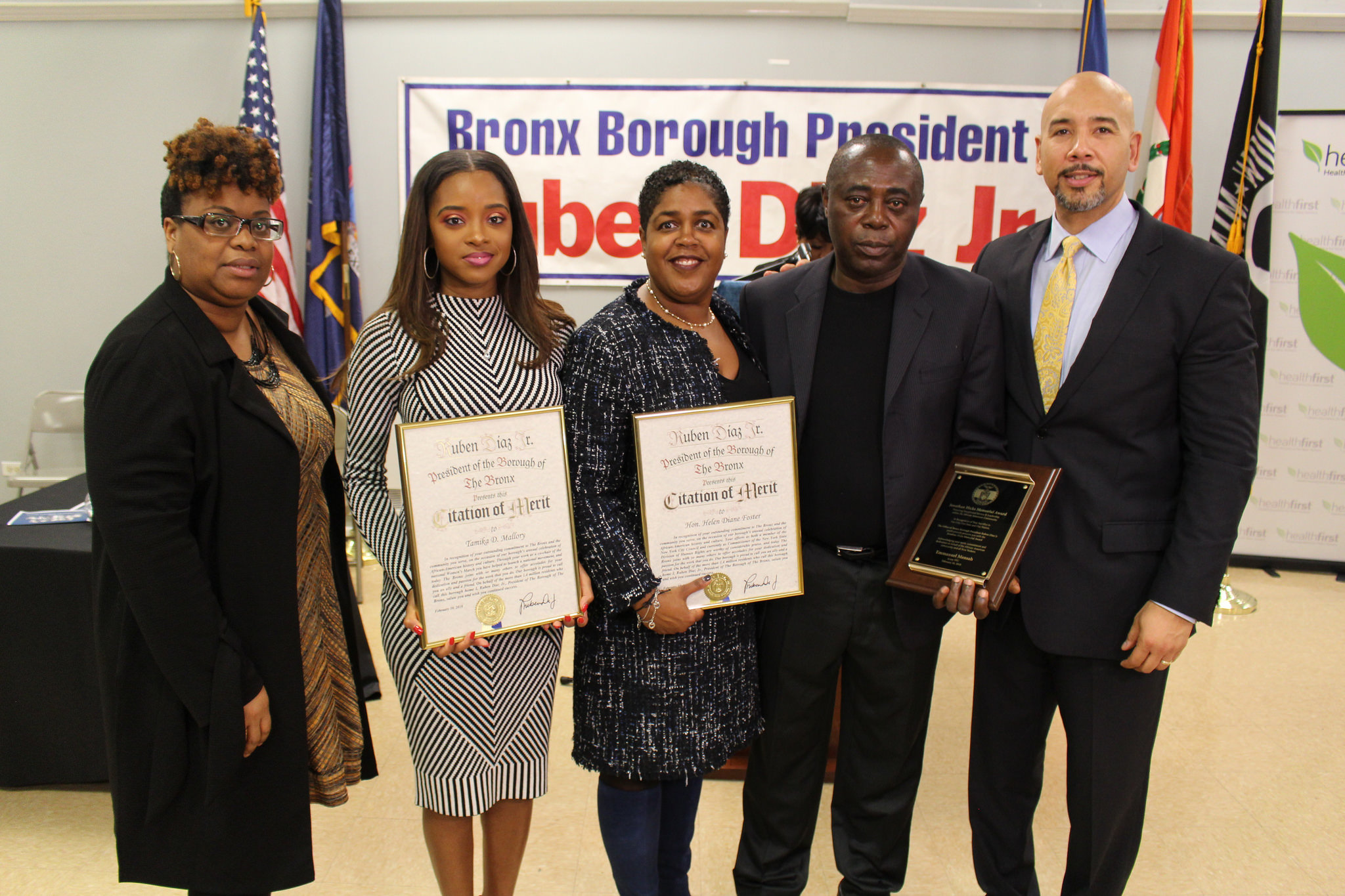 On Saturday, February 10, 2018, Bronx Borough President Ruben Diaz Jr. hosted his annual celebration of Black History Month at the Einstein Community Room in the Co-op City section of The Bronx.

At the event, Army National Guard PFC. Emmanuel Mensah, an immigrant from Ghana, was posthumously awarded the Jonathan Hicks Memorial Award, which is named for the pioneering journalist, mentor and activist who passed away in 2014 and given each year to an individual who exemplifies the meaning of public service.

On December 28, 2017, a fire in a residential building on Prospect Avenue in The Bronx led to 13 deaths, making it the deadliest fire New York City had seen in the past 25 years. PFC. Mensah lived in the building, and passed away rescuing his neighbors from the devastating blaze. PFC Mensah’s family accepted the award on his behalf.

“Emmanuel Mensah gave the ultimate sacrifice in service to his community, and we cannot understate the gratitude we feel towards him and his family. We are proud to honor his life and memory today,” said Bronx Borough President Ruben Diaz Jr. “This heroic man is the true face of immigration in America.”

“Each year, Black History Month offers us an opportunity to celebrate both the African-American heroes of the past and those who are building on their good work and legacy today. I am honored to have once again hosted this important annual event,” said Borough President Diaz.