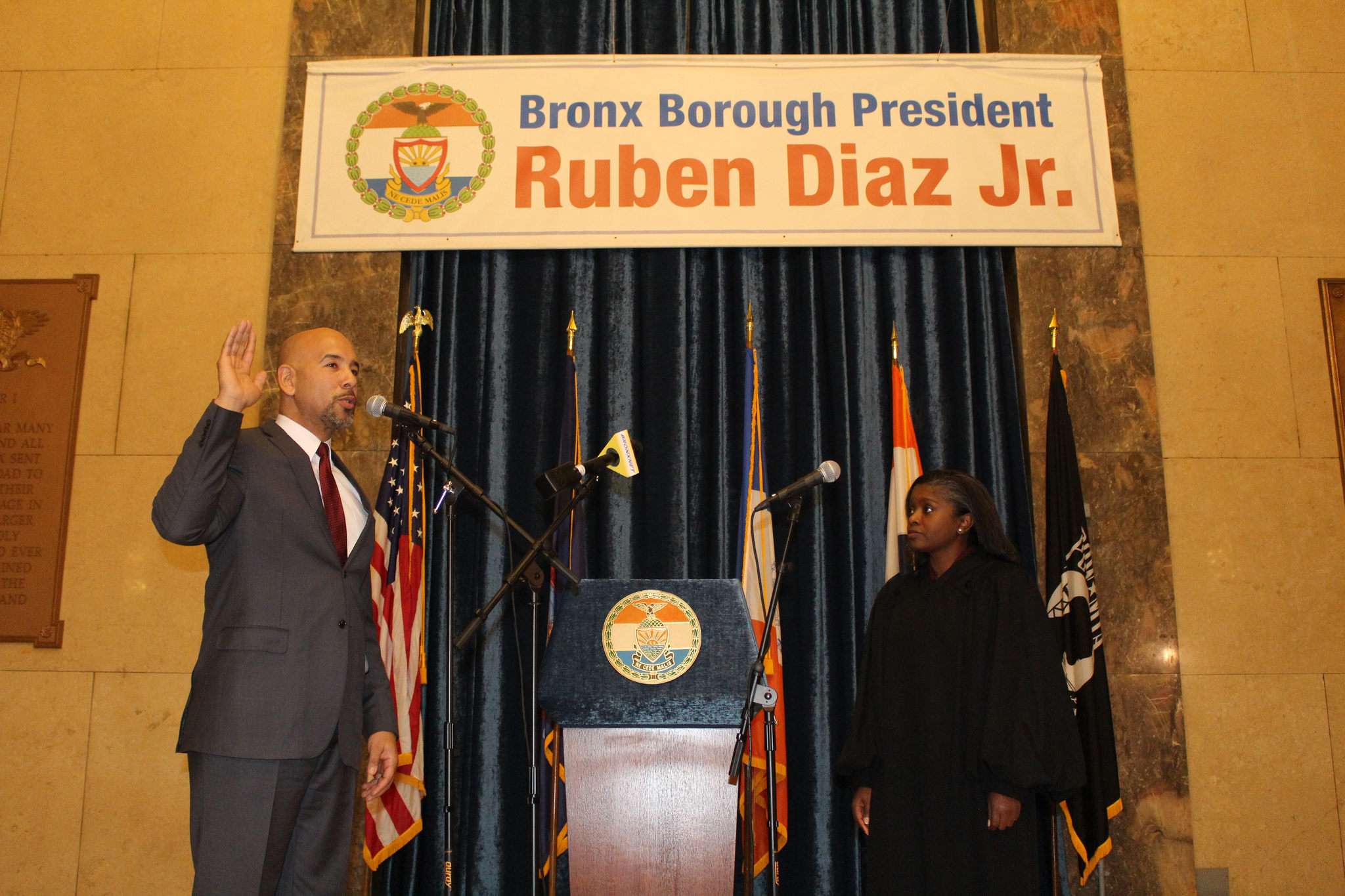 Today, Ruben Diaz Jr. was sworn in for his third full term as the 13th Bronx Borough President at a ceremony held at The Bronx County Building, Veterans’ Memorial Hall.

“Over the past eight and a half years we’ve done so well in moving the needle forward on our agenda to make The Bronx an even better place to live, work and raise a family,” said Bronx Borough President Ruben Diaz Jr. “During the next four years we will continue our efforts to improve our borough, as we show the entire world how far The Bronx has come and how much further we are ready to go.”

Deputy Bronx Borough President Marricka Scott-McFadden was also sworn in by Judge Taylor during the event.

The ceremony was streamed live on the borough president’s social media accounts, and can be watched at http://bit.ly/2CwJTFk.