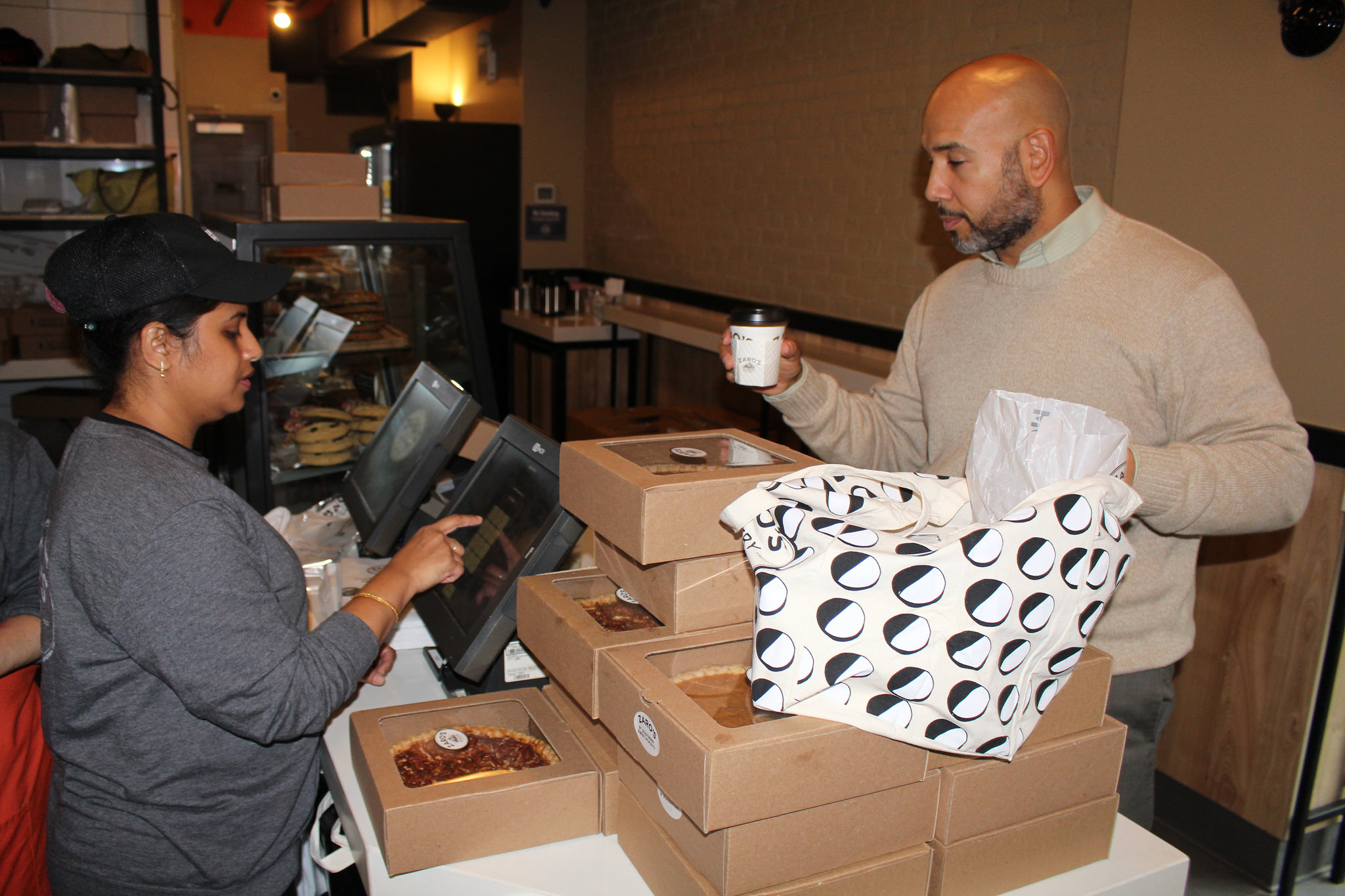 The new space will mark Zaro’s official return to the neighborhood following the closure of their original Parkchester location on Hugh Grant Circle, which had originally opened in June 1959, at the end of 2015.

As part of the grand opening celebration, the Zaro family announced they would donate 25 percent of the proceeds from the first day of sales to ongoing humanitarian efforts in Puerto Rico following the destruction caused by Hurricane Maria earlier this year.

“Zaro’s Family Bakery is a Bronx institution, and I am proud to welcome this bakery back to its Parkchester home,” said Bronx Borough President Ruben Diaz Jr. “It is especially gracious of the Zaro family to use their first day back in business to benefit the people of Puerto Rico, which is a cause that so many Bronxites have already thrown their full support behind. I congratulate Zaro’s on their return to Parkchester, and wish the company and the Zaro family continued success.”

“We’re thrilled to be back in the old neighborhood and to see so many warm and familiar faces again. As we heat up the ovens once more we do so in aid of our friends and family in Puerto Rico who are dear to so many of our valued customers – in Parkchester and throughout the City,” said Brian Zaro, Executive Vice President of Zaro’s Family Bakery.

“I am thrilled to be celebrating the return of Zaro’s bakery, and the return of the aroma of freshly baked goods, to Parkchester in The Bronx. I am also very pleased that the Zaro family is offering considerable financial support to our brothers and sisters in Puerto Rico, and I thank them for their community spirit during this difficult time for so many Puerto Ricans,” said Marlene Cintron, President of the Bronx Overall Economic Development Corporation.

Zaro’s first opened in The Bronx on Edward L. Grant Highway in 1927, and has maintained a constant retail and commercial presence in the borough for 90 years. The company’s Port Morris facility opened in 1982, following previous commercial facilities in Hunts Point and on Kingsbridge Road.

In addition to returning to Parkchester, Zaro’s has also announced that the company would add a retail location at their current Port Morris commercial baking facility in spring 2018.