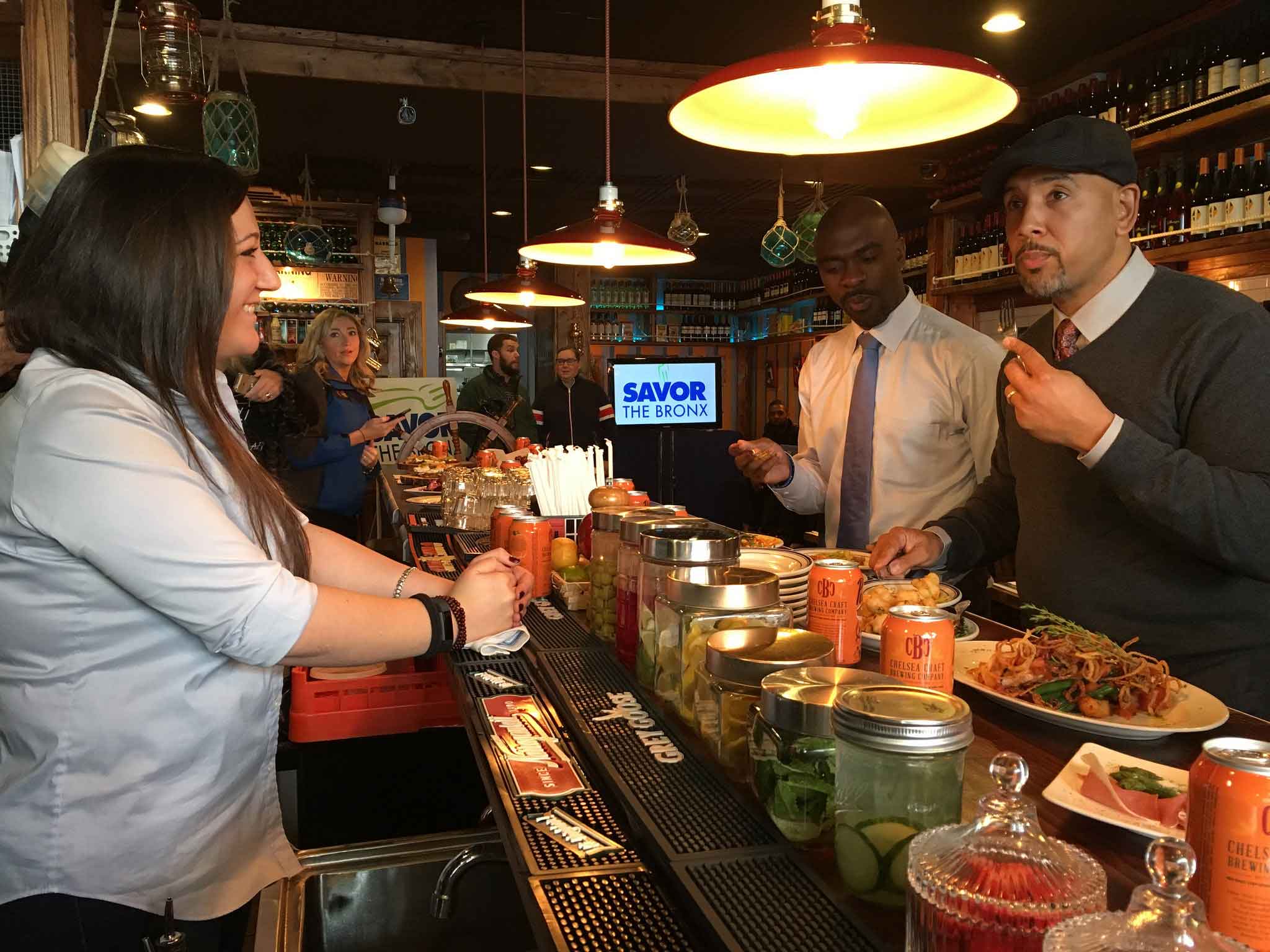 “We have some of the best eateries and food producers in the world, right here in The Bronx,” said Bronx Borough President Ruben Diaz Jr. “Our annual ‘Savor The Bronx’ Restaurant Week event is a great opportunity for foodies from all over the region to sample the epicurean delights our borough has to offer. If you love great food you’ll love The Bronx, and there’s no better time to enjoy our many flavors.”

“There are over 200 eateries in this great borough. Savor The Bronx Restaurant Week offers just a small sampling to help Bronxites and visitors discover their new favorites,” says Olga Luz Tirado, executive director of The Bronx Tourism Council.

This 12-day event, which runs from November 6th through November 17th, will feature over 30 participants, and is the perfect opportunity to explore your taste buds at a various restaurants around The Bronx.

The preview event featured samples from some of the borough’s top eateries and food producers, including Porto Salvo Bronx, the Chelsea Craft Brewing Company and Delicioso Coco Helado.

In addition to hosting the preview, Borough President Diaz and The Bronx Tourism Council also unveiled the two latest installments in the “Savor the Bronx” video series, produced by Bronxnet, which highlights Bronx restaurants and other borough culinary businesses.