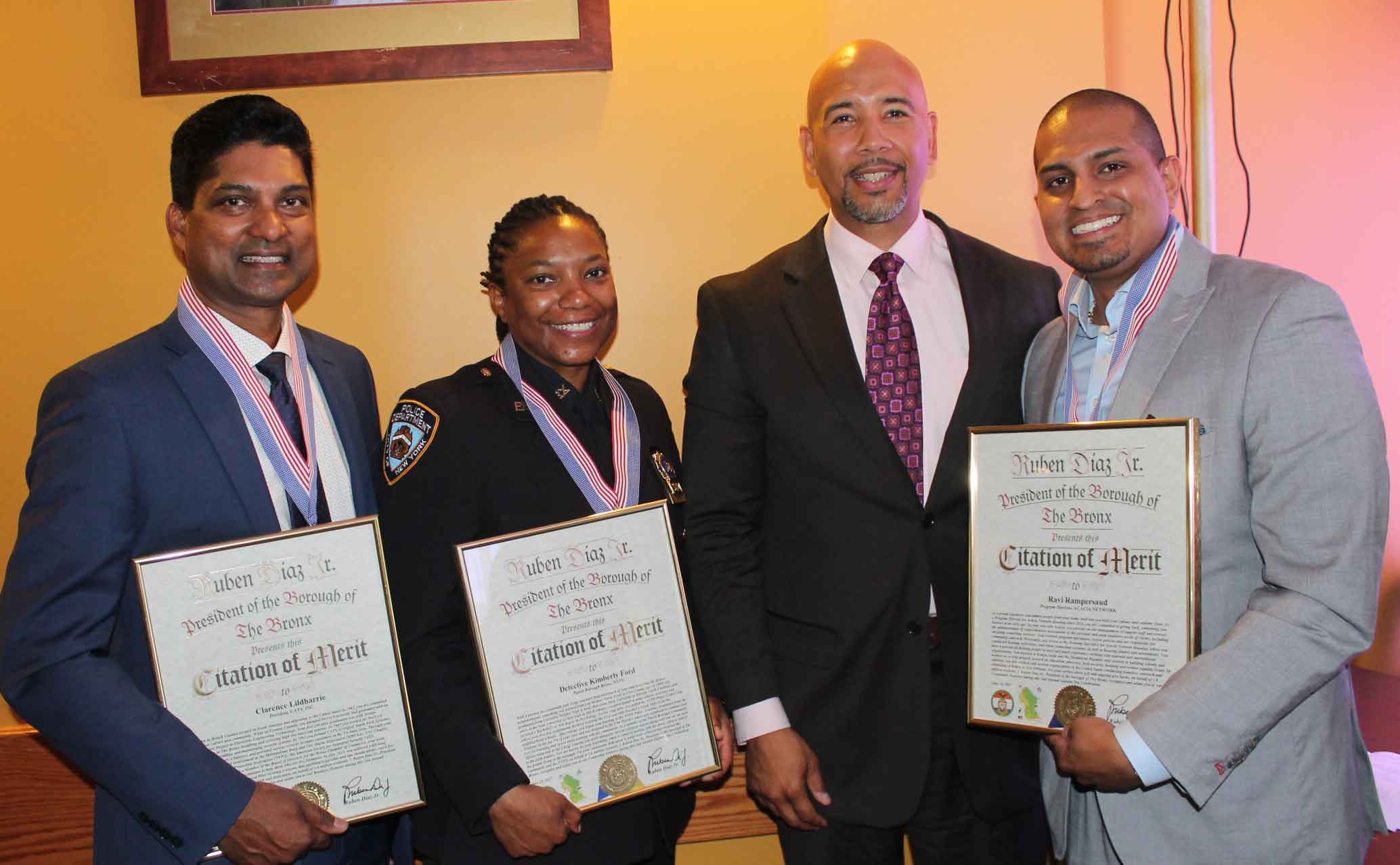 On Tuesday, June 20, 2017, Bronx Borough President Ruben Diaz Jr., in partnership with The Guyana Independence Committee hosted the 2nd Annual Bronx Guyana Day Celebration in honor of Guyana’s 51th Anniversary of Independence and to recognize the growing Guyanese population in the borough at Melanie’s Restaurant.

“Celebrating the 2nd Bronx Guyana Day is an exciting time to acknowledging the recent independence day of the country and more importantly, recognizing the growing Guyanese population in our great borough,” said Bronx Borough President Ruben Diaz Jr. “With over 400,000 foreign-born Guyanese in the United States; over 150, 000 residing in New York City and more than 15, 000 calling The Bronx home, it is a proud moment to acknowledge our borough’s diversity, the Guyanese community and those who work closely with them.”