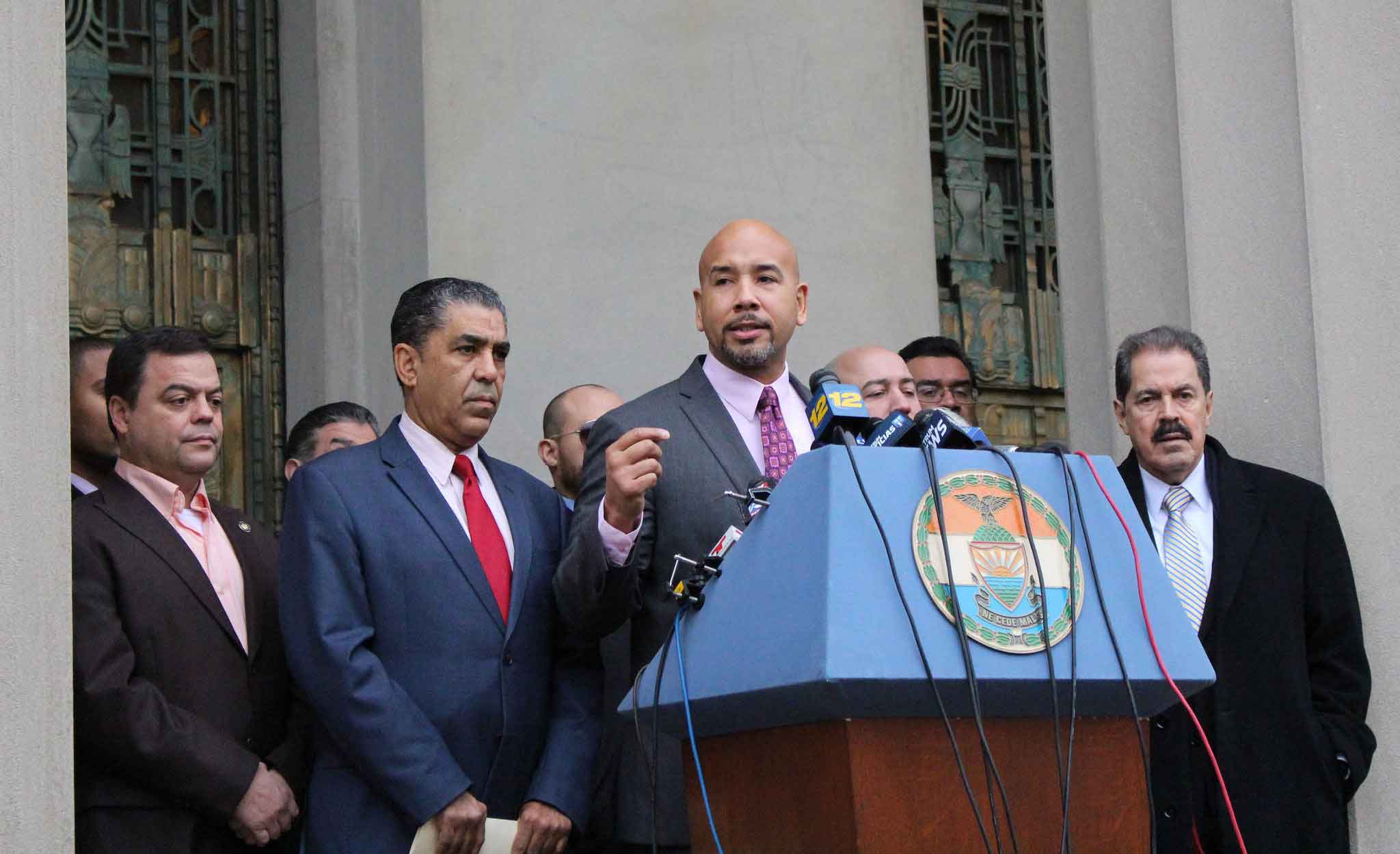 Today, Bronx Borough President Ruben Diaz Jr. and Congressman Adriano Espaillat, along with elected officials and immigration advocates from across the city, co-hosted a press conference to speak out against and resist President Donald Trump’s newly announced executive orders on immigration, including his proposal to build a wall along the Mexican border and his threat to revoke funding for “sanctuary cities” like New York.

“As leaders of the state, the city and this county, we are united because no other borough, no other county in the state of New York will suffer more from these cuts than the borough of The Bronx,” said Bronx Borough President Ruben Diaz Jr. “There are a lot of people out there who sympathize with what President Donald Trump is doing. To those individuals, I say your support is misguided, because those cuts will also have a negative impact on your lives as well. Cuts to education, cuts to transportation, cuts to health care, all of these things, this will hurt all of us.

“Instead of building housing, instead of providing funds to improve the city, we will end up building a wall that we do not need,” said Congressman Jose Serrano. “The greatest country on Earth, the greatest democracy on earth should never be seen as one that builds up a wall.”

As their administration continues to push us, we will continue to resist,” said New York City Council Member Rafael Salamanca. “It is unacceptable what this administration is doing, and the terrible effect it will have on our community. It is important that we support our delegation in Congress so they can lobby and ensure that our priorities are met.”

“This president is pandering and he is not addressing the issue,” said New York State Assembly Member Marcos Crespo. “These orders, they are not about protecting Americans from those who are criminals. This is about legalizing profiling, this is about going after a community that has helped rebuild our economy. Look at who is creating jobs, look at who is creating businesses. It is hard-working immigrants who have done that.”

“I dare President Trump to withhold funds from sanctuary cities,” said New York State Assembly Member Luis R. Sepúlveda. “I want his supporters to see the devastating impact this will have on the most vulnerable people in this country. What he is doing is inhumane, and I will fight until my dying breath and do everything that I can do to prevent this Muslim registry, this wall, and the mass deportation of people in this country.”