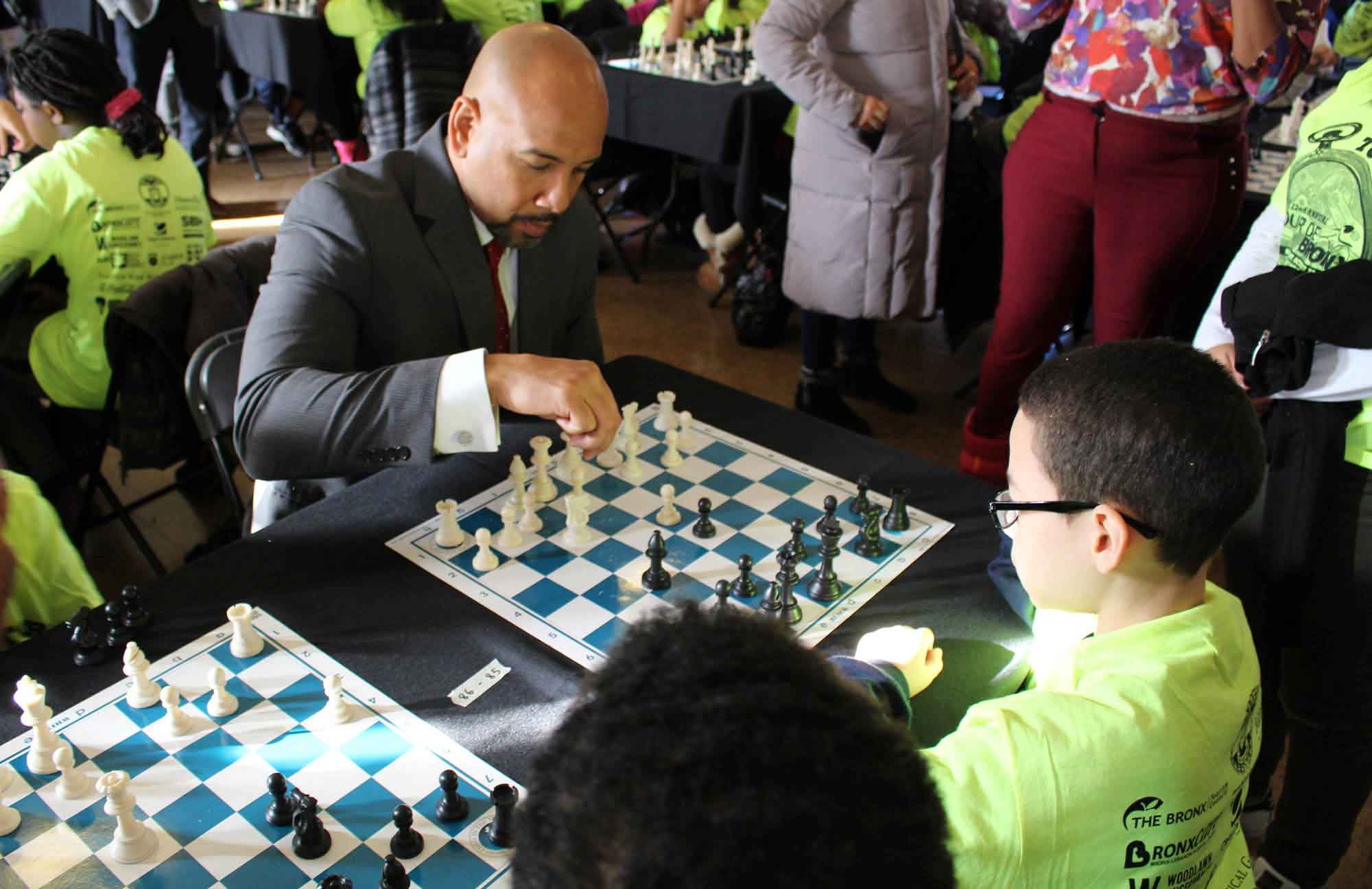 Today, Bronx Borough President Ruben Diaz Jr., AT&T and Chess in the Schools co-hosted a youth chess tournament for Bronx students at the Andrew Freedman Home on the Grand Concourse.

Students from all over The Bronx participated in the third annual Bronx Borough President’s Chess Challenge, which featured chess aficionados from the third grade through middle school testing their skills against one another. Winners in each division were presented awards by Borough President Diaz at the event’s conclusion.

“It is a great day to host the Chess in the Schools organization right here in The Bronx. Today’s event gave over 200 young chess stars an opportunity to have a friendly competition with each other,” said Bronx Borough President Ruben Diaz Jr. “I am even more thrilled to be on hand throughout the event to play in chess games with the students, provide encouragement and present tournament winners with awards. Chess reinforces discipline on and off the board and the participants are learning the importance of thinking and being patience.”

“As a chess player myself, I know how valuable the skills developed are to young students. It is a great privilege to continue to support the Bronx Borough President’s Chess Challenge with Chess in the Schools, whose mission so clearly aligns with AT&T’s own commitment to creating pathways to success for New York City’s most underserved students,” said Marissa Shorenstein, New York State President, AT&T. “We are thrilled for the opportunity to work with Borough President Diaz on this initiative as well as so many other events serving the Bronx community.”