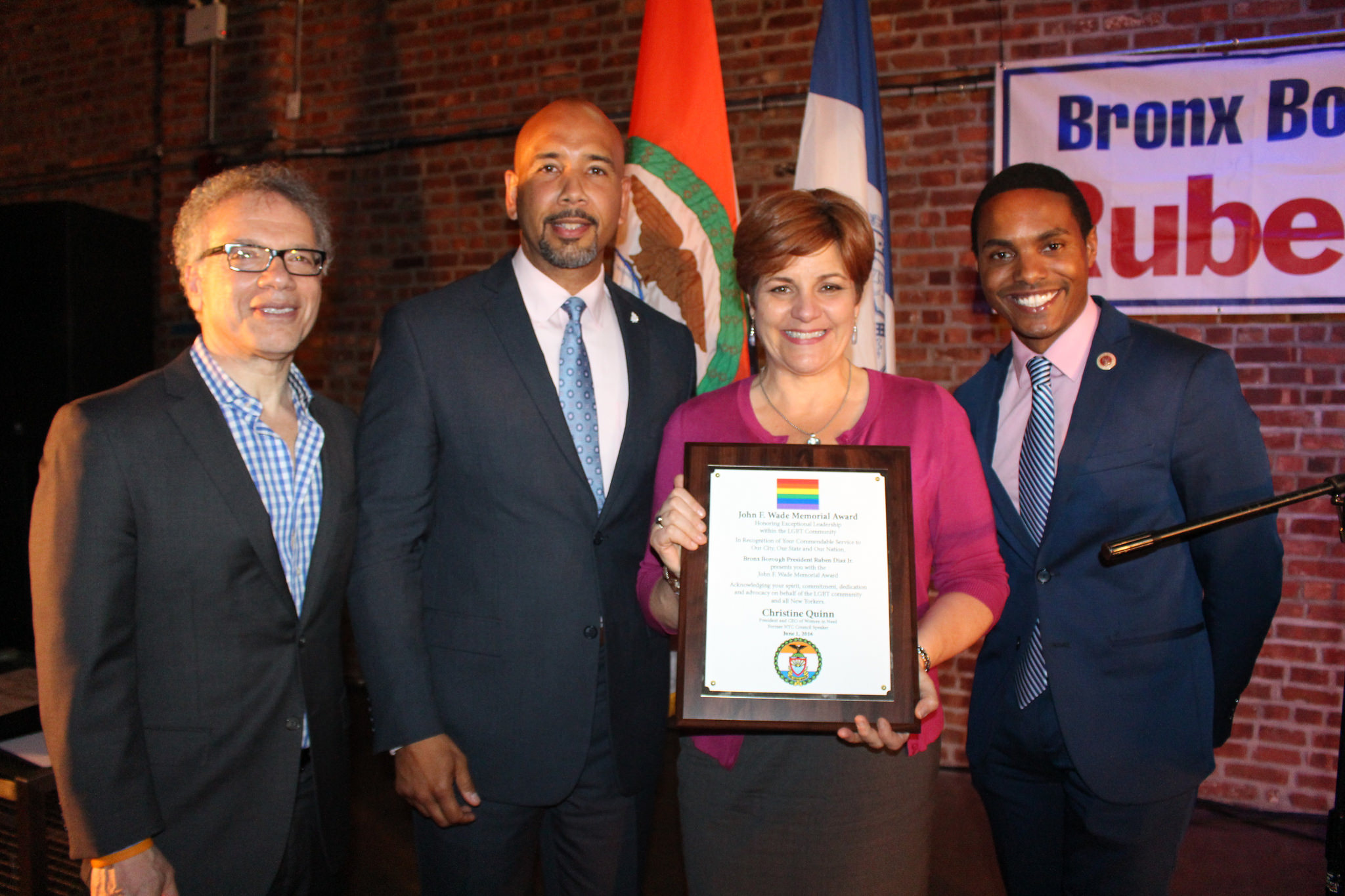 At the event, Borough President Diaz presented Christine Quinn, the former City Council Speaker and the President and CEO of Women in Need, with the 2016 John Wade Award, recognizing her dedication to public service.