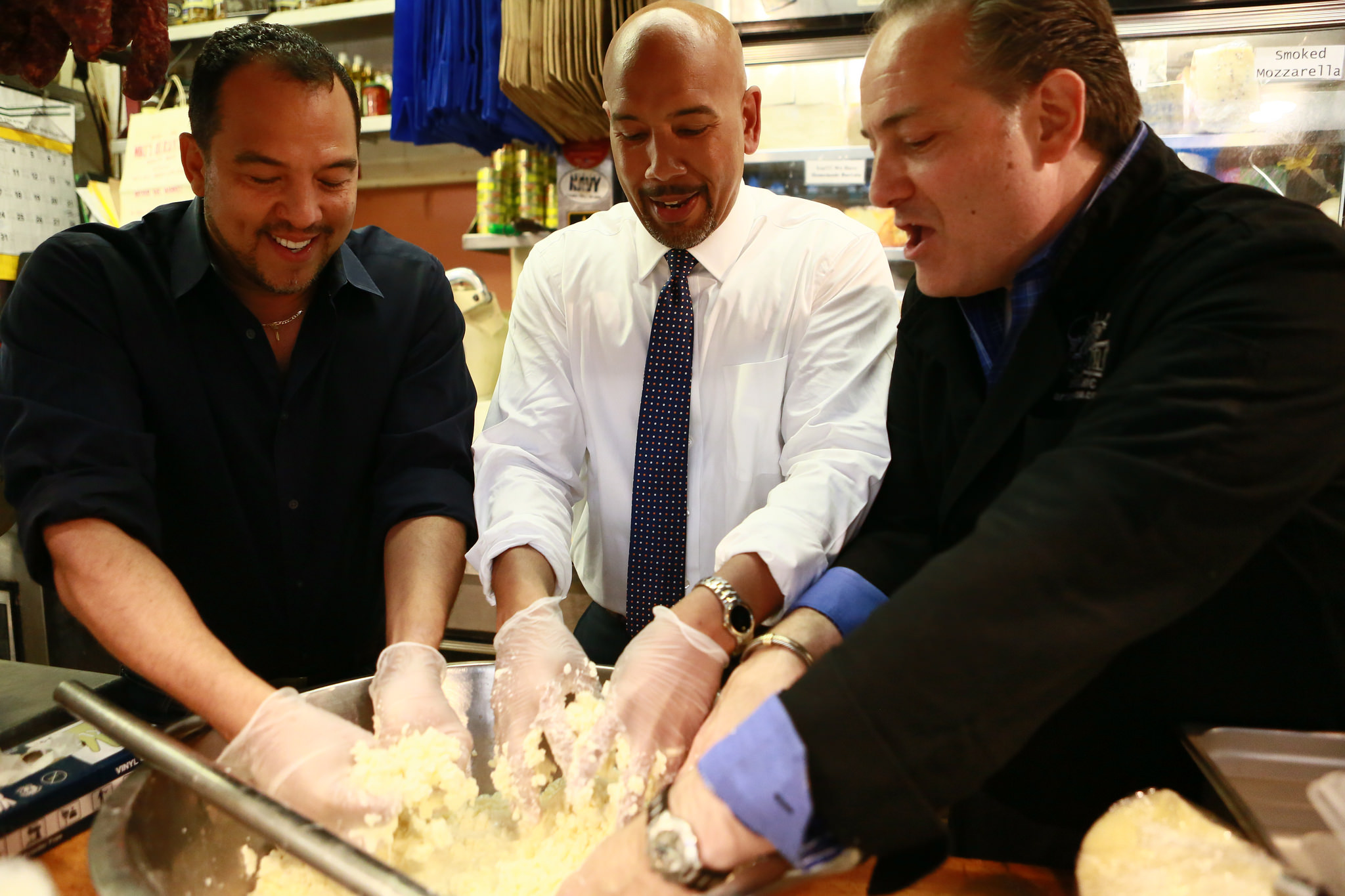 Today, Bronx Borough President Ruben Diaz Jr. officially launched Bronx Week 2016, hosting a celebration of the “Best of The Bronx” with over 150 people in attendance at Mike’s Deli in the famous Arthur Avenue Retail Market.

“This is a time when we celebrate everything that is fantastic about The Bronx. From new developments to the diversity in our borough and from delicious restaurants to great drinks, there is so much happening and so much to do,” said Borough President Diaz. “We kicked things off yesterday acknowledging the “Best of The Bronx”, this week and next we are holding 10 days’ worth of amazing and fun events for the whole family throughout the borough, all culminating with the Walk of Fame inductions and parade.”

“Bronx Week is one of my favorite times of the year, because the entire borough celebrates together as it showcases the best of the borough,” said Bronx Tourism Council Executive Director Olga Luz Tirado. “We invite visitors to join in the fun!”

“Bronx Week is a time to celebrate our businesses, big and small, that provide much needed jobs to our community as well as a time to honor veterans, seniors, youth, volunteers and our hometown greats.  This year we have even more to celebrate as more than 100,000 jobs were created in our borough,” said Marlene Cintron, President of The Bronx Overall Economic Development Corporation.

Bronx Week 2016 is made possible thanks to the support of the Montefiore Medical Center, the principal sponsors of this year’s events.

“We feel privileged to continue to be the principal supporter of Bronx Week,” said Steven M. Safyer, M.D., President and CEO of Montefiore Health System. “This is a time where we can celebrate the collaborative efforts of Bronx providers, elected officials and community based organizations who work together with the single goal of creating a healthier community. In the past year, we have seen improvements such as the reduction in sexually-transmitted infections and teen pregnancy rates. We are also sparking demand for and have increased access to healthier foods, as well as partnered together to create more park space and safer walkways to help Bronx residents live richer, fuller lives. We look forward to building on this legacy of collaboration and continuing to improve the health and wellness of our borough.”