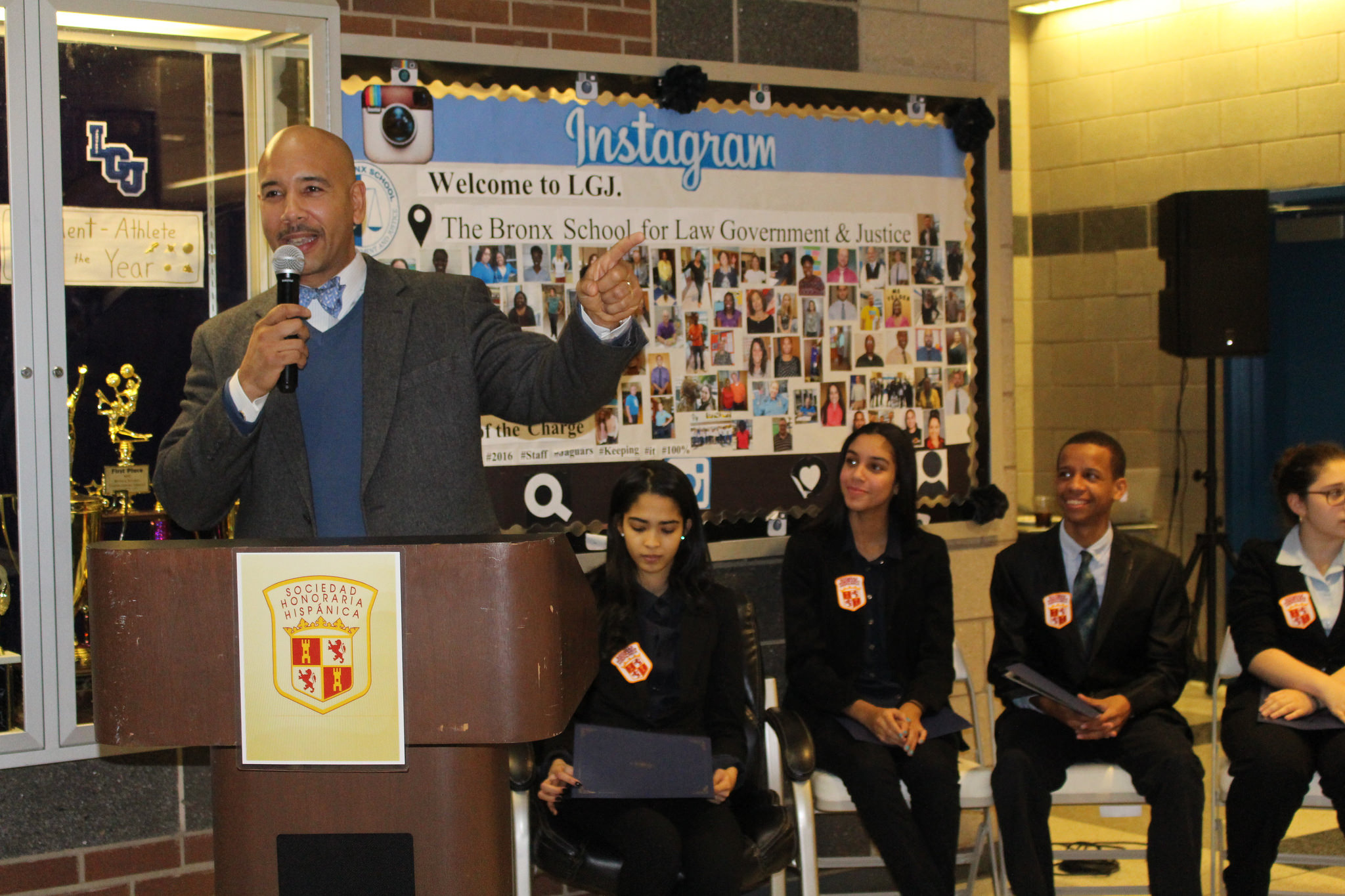 The induction ceremony for the club took place at the Bronx School for Law, Government and Justice in front of students, faculty and parents, all of whom were extremely proud of these students’ accomplishments.

“This students are among the best and brightest in our great borough,” said Bronx Borough President Ruben Diaz Jr. “Clubs like La Sociedad Honoraria Hispanica are a great launching pad for the future leaders of The Bronx, and I remain honored and humbled that the school community of the Bronx School for Law, Government and Justice chose to name their organization after me.”

Sociedad Honoraria Hispanica (SHH) is an honor society for high school students enrolled in Spanish and/or Portuguese, and is sponsored by the American Association of Teachers of Spanish and Portuguese (AATSP). With more than 2,000 national and international chapters in their network, Sociedad Honoraria Hispanica recognizes the high school achievements of Spanish and Portuguese students while promoting interest in Hispanic and Luso-Brazilian studies. In 2015, the Bronx School for Law, Government and Justice named their chapter in honor of Borough President Diaz.