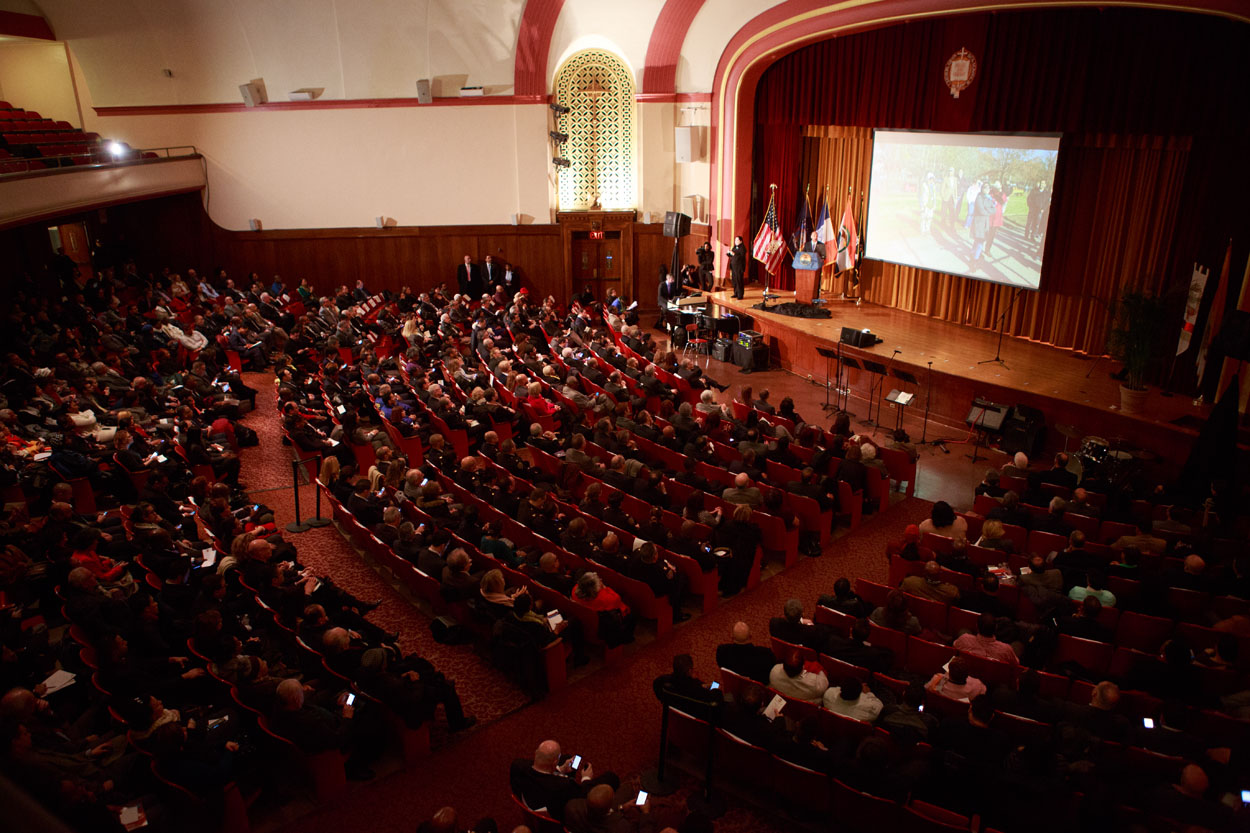 In his speech, Borough President Diaz discussed the progress The Bronx has made since he took office while also outlining new programs and initiatives his office will pursue in the coming year on a wide variety of topics, including education, economic development and housing.

“Over the last seven years, we have collaborated with our neighbors in every corner of this great borough to revitalize our communities, keep people in their homes, welcome new visitors and residents, strengthen our economy and put people to work,” said Bronx Borough President Diaz in his speech. “There has been incredible, transformative progress here since 2009. Simply put, there is a great deal to celebrate.”

Borough President Diaz noted that, since 2009, more than 23,000 new units of housing and over 68 million square feet of total development. He also noted that unemployment has been cut nearly in half to 6.9 percent since 2009, that more than 100,000 Bronxites are employed today than when he first took office, and that the borough saw over $2 billion in new investment in 2015, an all-time record.

“It’s not just about new development, new jobs and new housing. It’s about a new mindset and a new image,” said Borough President Diaz in his speech. “We are changing how people feel and think about this borough. We are elevating expectations in all facets of Bronx life.”

On education, Borough President Diaz proposed that the Department of Education, and not the students themselves, should be responsible for the cost of remedial classes for public high school graduates at the City University of New York.

“We also need to do more to keep our college students from accumulating unnecessary debt,” said Borough President Diaz. “If you earned a public high school diploma, shouldn’t you be prepared for college? What does it mean when high school graduates are force to pay for their own remedial classes at CUNY?’

Borough President Diaz also called for expanded testing for gifted and talented programs for children in public universal pre-K programs, and for the City to consider using underutilized NYCHA community centers for UPK programs. He also called on all sides of the education debate to remember that children are the top priority in our schools.

“Remember, the education of our students is not about the grown-ups, or anyone’s particular ideology. It is about the children,” said Borough President Diaz. “All students must be treated equitably by the Department of Education, whether they are in a traditional public school or a public charter school.”

During the speech, Borough President Diaz also highlighted a number of new projects and new businesses that have made their way to the borough. He also announced that his office would take the lead on the redevelopment of the historic Orchard Beach Pavilion, and committed $10 million of his own capital funding to the effort.

“We need first-rate concessions, performance spaces and the ability to host top-notch events. We need to create jobs and rebuild Orchard Beach’s historic pavilion as the economic engine it once was and could be again,” said Borough President Diaz, who also announced that this initiative has also secured the support of his Bronx colleagues in the New York State Legislature.

Borough President Diaz also outlined other economic development and infrastructure priorities for his borough, including the consideration of a platform over the Concourse Yard in the Northwest Bronx, the continued push to bring four new Metro North station to the East Bronx and the need for a redevelopment plan for the Hunts Point food wholesale markets.

“This administration must finalize a plan for the redevelopment of the Hunts Point markets,” said Borough President Diaz. “These markets employ thousands of people directly, and have an economic impact that can be felt across the east coast. City, state, and federal dollars have been put aside for this plan, and we cannot afford to wait any longer.”

Borough President Diaz also discussed his office’s efforts on housing, noting that his office has directly funded nearly 7,000 units of mostly low and moderate income housing since 2009 and has been working hard in numerous areas to fight displacement. He also reiterated his call for the administration to abandon its proposed zoning text amendments, Mandatory Inclusionary Housing and Zoning for Quality and Affordability.

“How can we totally change the look and feel of this entire city on such short notice? How can we dramatically alter something so profound as how our city is built with a broad stroke?,” asked the borough president. “These amendments as they stand are not the way to accomplish affordable housing for all New Yorkers.”

He also issued a call to conscience on homelessness, urging communities to be more accepting of housing units for the less fortunate while also calling for new metric to measure shelter performance.

“Can you imagine how deplorable the conditions have to be in the shelters that so many homeless would choose instead to brave the elements and unpredictability of the streets?” asked Borough President Diaz. “In addition to holding the right people accountable for these conditions, the City should provide the resources to augment services at shelter sites, such as mental health and job counseling. We must track the results of these programs to replicate the models of successful service providers, and to finally end homelessness one individual at a time.”

Borough President Diaz also outlined several new initiatives for the upcoming year that his office will take on, including the creation of a “Bronx Youth Corps” leadership program and a push to allow EBT users to purchase from online retailers. In closing, the borough president noted the tremendous success the borough has seen since 2009, and suggested that The Bronx is a model for progress to all five boroughs.

“Together, we have done the work to make The Bronx a better place,” said Borough President Diaz. “And what is good for The Bronx is good for the city.”

You can read Bronx Borough President Ruben Diaz Jr 2016 State of the Borough Speech at: http://on.nyc.gov/1R8ElQa.