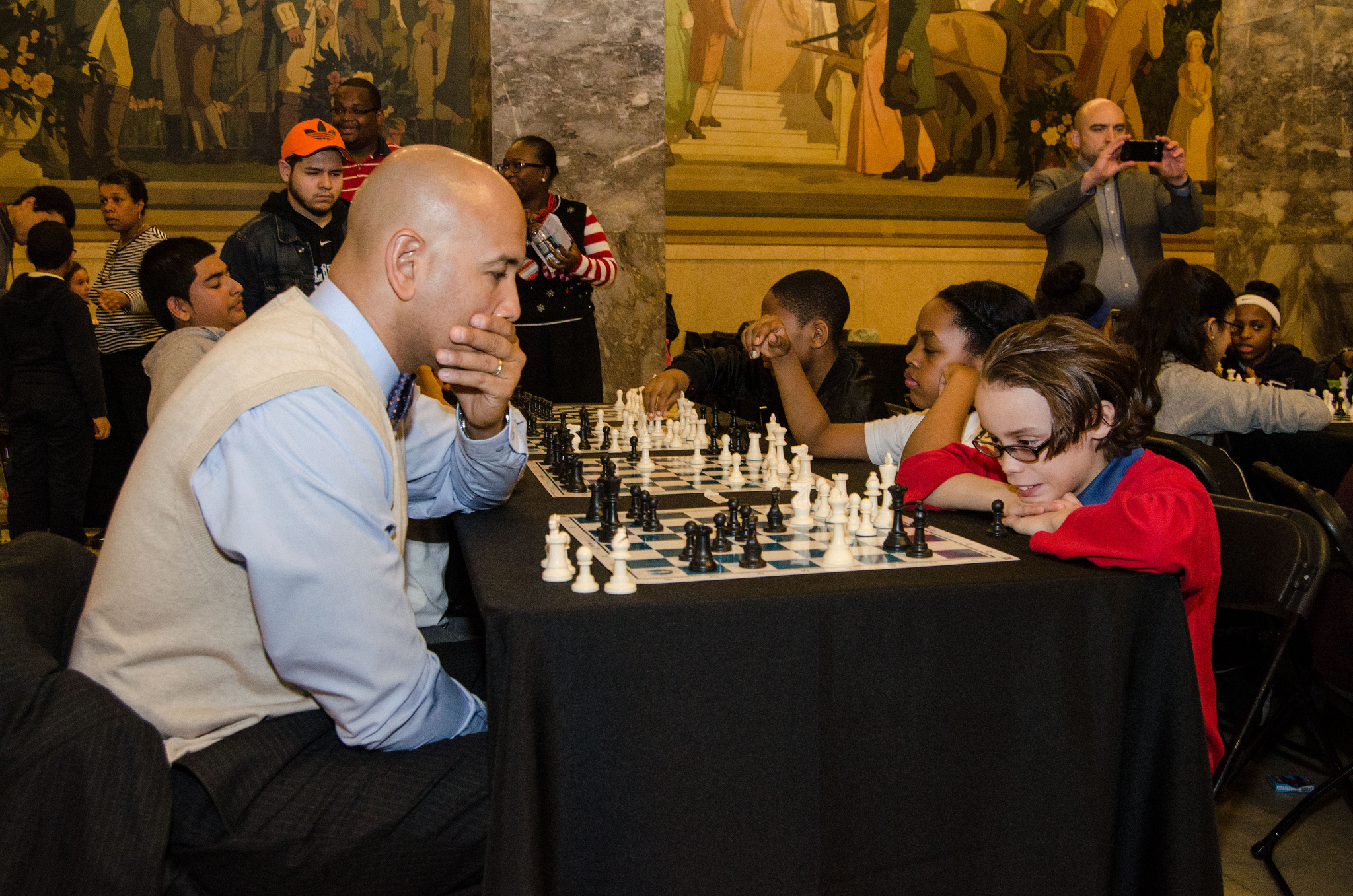 Bronx Borough President Ruben Diaz Jr. plays a match with Ivan Hernandez, a sixth grader at M.S. 390, during the Bronx Borough President’s Chess Challenge on Tuesday, December 15, 2015. The event was hosted by Chess in the Schools and sponsored by AT&T. The tournament, which took place in Veterans’ Memorial Hall at the Bronx County Building, featured more than 250 students, grades 3-8, from Bronx public schools who are involved in Chess in the Schools programs.–Photo by Robert Benimoff.