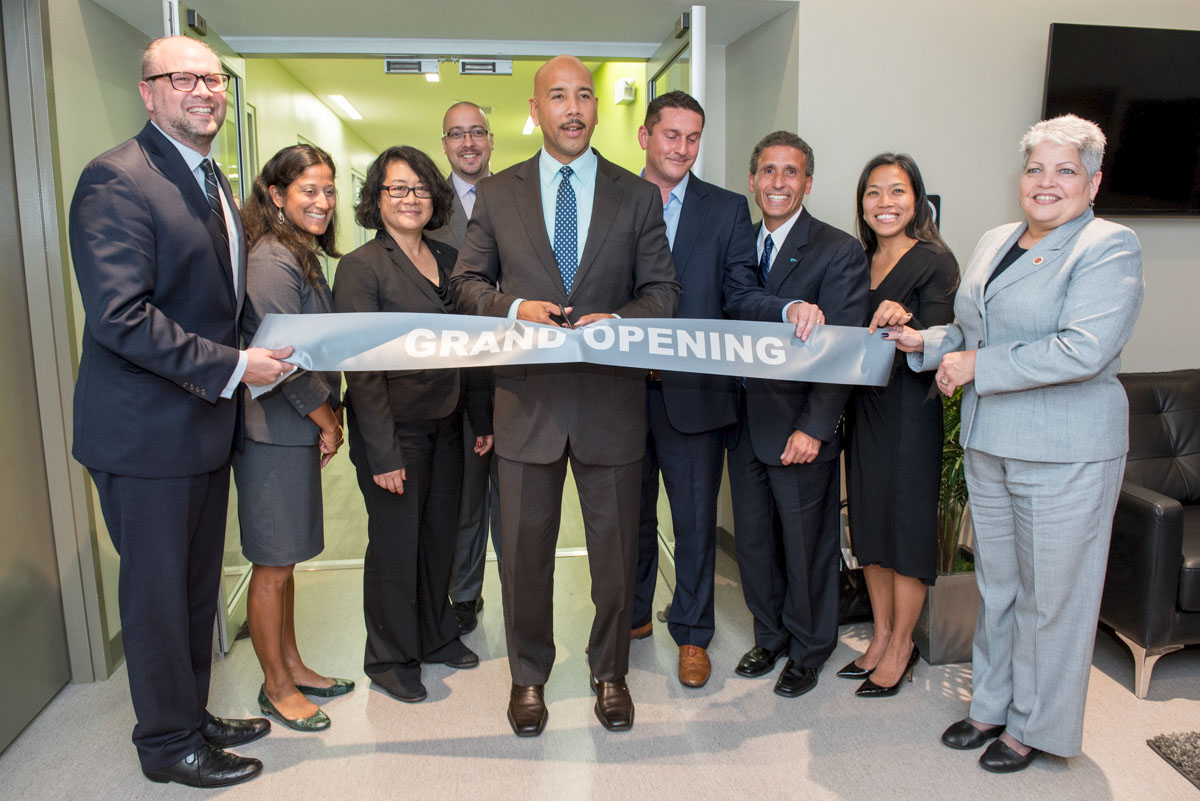 BRONX, N.Y. – SEPT. 16, 2015 – Technology consulting firm Doran Jones and nationally-­‐recognized IT job training nonprofit Per Scholas celebrated the grand opening of the first-­‐of-­‐its-­‐kind Urban Development Center (UDC) that will bring hundreds of high-­‐tech jobs and millions in economic development to one of the nation’s poorest neighborhoods in the South Bronx.

New York City Chief Technology Officer Minerva Tantoco expressed the local opportunity to seize. “Employment in tech in New York City grew by 57% in seven years. That is six times more than the citywide average according to the U.S. Department of Labor. By 2020 there will be 1.4 million computer jobs in this country and universities will only be able to fill 29% of these jobs. Places like the UDC will be a key part of keeping tech jobs here. Doran Jones are the future of tech in New York, and I am incredibly proud to be a part of this celebration.”

“We want to make sure Bronx residents have their fair share of tech jobs. The thirst from Bronxites is there. We want this to be the next tech hub. As the Borough President I am proud to be here. You have a champion in me,” said a passionate Ruben Diaz, Borough President of the Bronx.

The celebration included high school student Olivia Ross presenting a new app she is developing with Doran Jones for the Melrose School located in the South Bronx. The app that will go live in 2016 helping connect parents of the students to school updates, activities and alerts. The crowd was captivated seeing the young technologist pitch her product, further highlighting the opportunity and talent for tech development in the city’s outer neighborhoods.

Maria Torres-­‐Springer, President of the New York City Economic Development Corporate, encouraged a vision for growth, “This is a true virtuous cycle that we need to replicate.”

The UDC is a full-­‐service software development and testing center competitive with offshore service providers, giving clients an unprecedented opportunity to bring technology jobs back to America and into communities with immense overlooked potential. Co-­‐CEO of Doran Jones, Matt Doran announced during the ceremony the addition of a 40-­‐person team for a hedge fund would be joining their current healthcare, insurance, and banking clients in the Bronx.

A champagne toast concluded with Klain rallying the group to dispel the skepticism that a high-­‐tech business can’t succeed servicing Fortune 100 clients with a talent pipeline provided by a workforce development program out of the South Bronx. “It does work. We are doing it. No more excuses.”