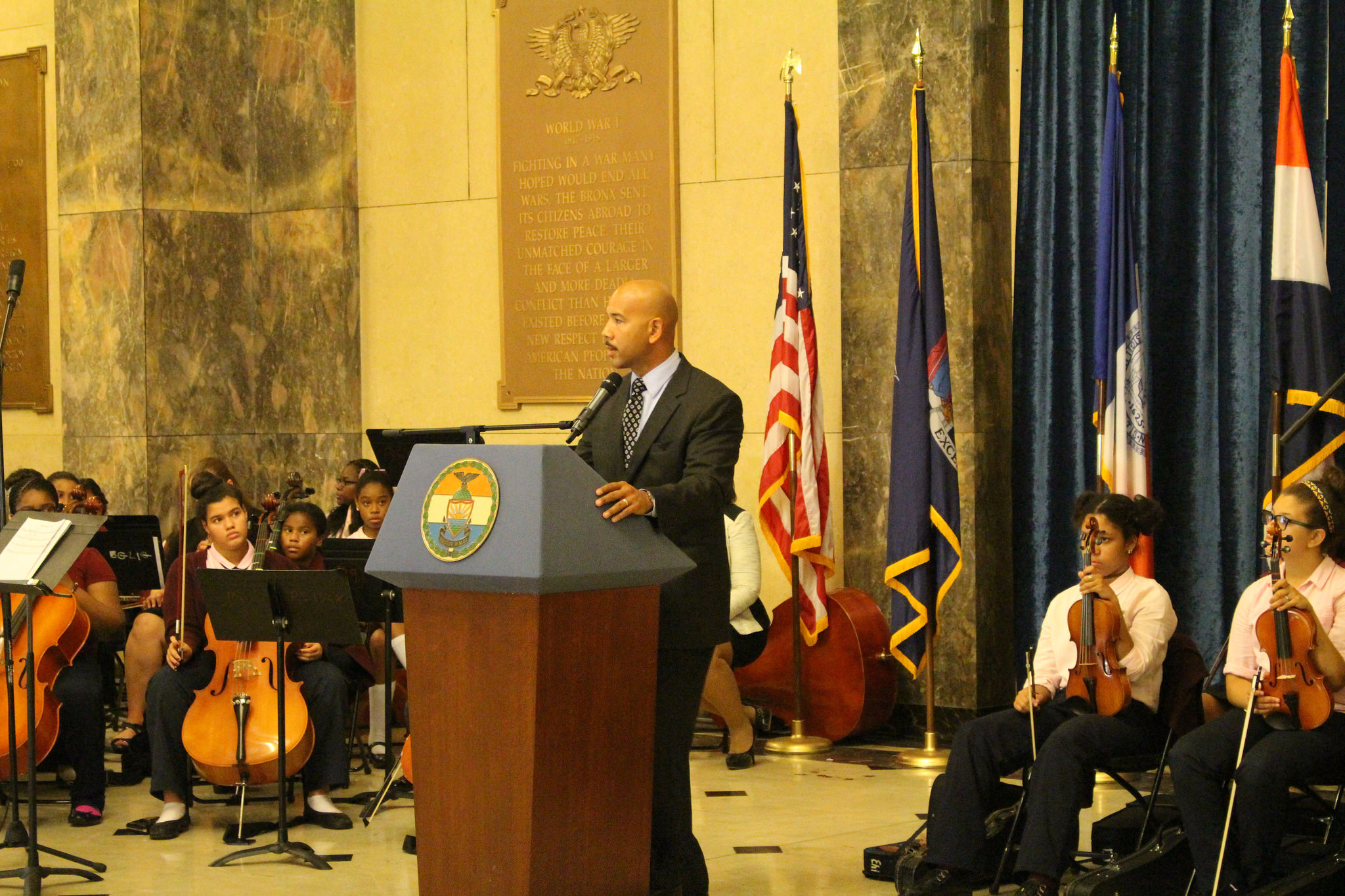 Bronx Borough President Ruben Diaz Jr. addresses the crowd on Thursday, September 10, during “A Day of Remembrance,” the borough’s annual commemoration of those lost during the terrorist attacks on September 11, 2001. The event, which took place in the Veterans’ Memorial Hall of The Bronx County Building and was co-sponsored by the Supreme Court of Bronx County; featured a performance by The Bronx Global Learning Institute for Girls’ All Girl String Orchestra, who look on as Borough President Diaz speaks. During the event, the names of all 144 Bronx residents who died in the attacks were read aloud.