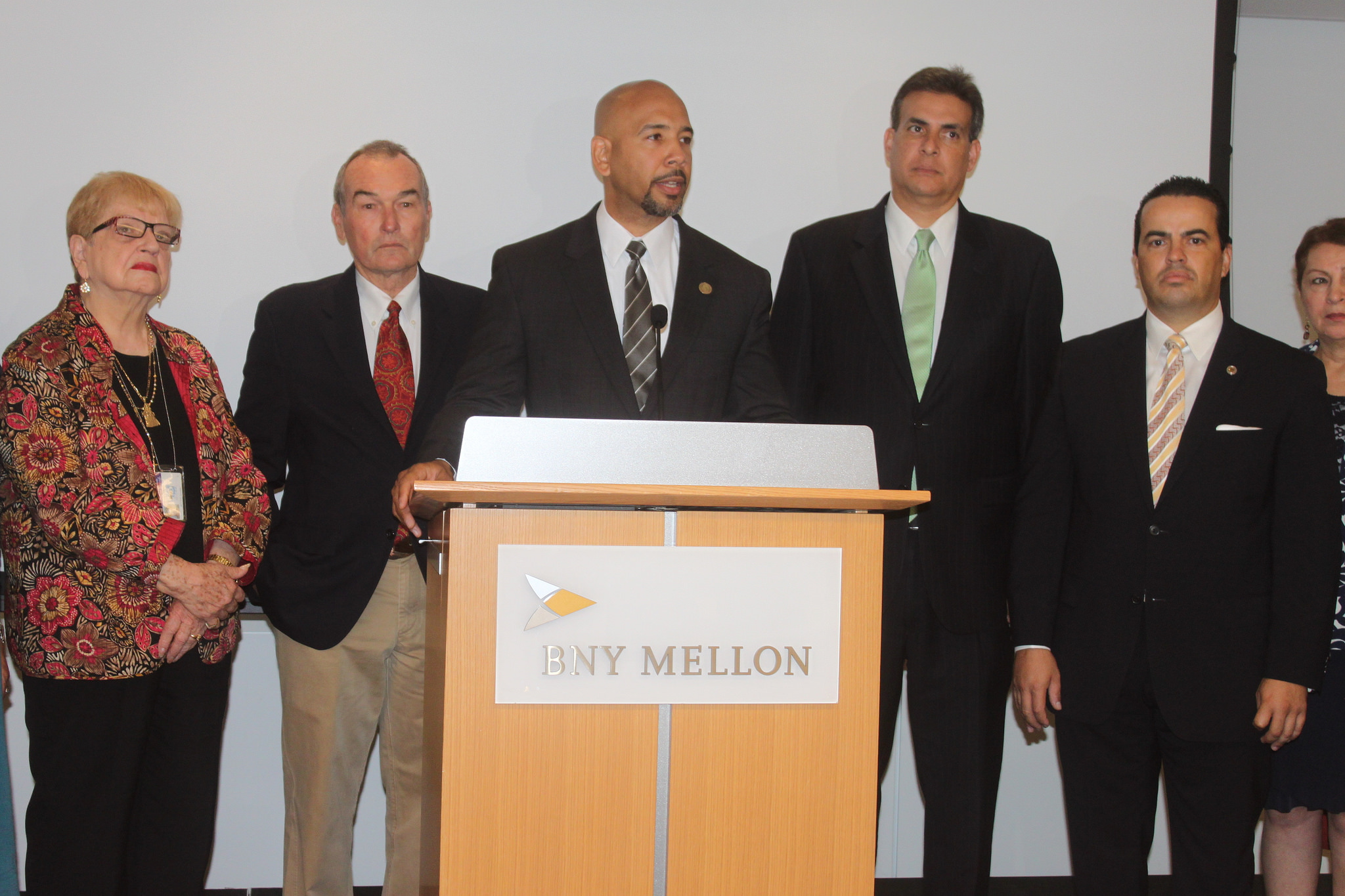 Today, Bronx Borough President Ruben Diaz Jr. joined Ignacio Veloz — Chairman of the United State Hispanic Chamber of Commerce; Dennis Rivera, Chair of the Puerto Rico Healthcare Crisis Coalition business leaders and elected officials from both New York and Puerto Rico to discuss potential solutions for the financial crisis impacting the healthcare industry and overall economy of the island of Puerto Rico, and to call for federal action to assist the island’s government.

Over the last few decades, the financial stability of Puerto Rico has continuously deteriorated to the point of unsustainability for public service authorities and for the people of Puerto Rico. Borough President Diaz has formed a non-partisan coalition of elected officials and other leaders whose mission is to push for federal action to help Puerto Rico handle its current financial crisis, such as allowing the commonwealth to declare bankruptcy and changing the island’s reimbursement rate for Medicare to reflect that of the states.

“No matter what our position or our political ideals are for Puerto Rico, we must unite, we must get involved,” said Bronx Borough President Ruben Diaz Jr. “Puerto Ricans pay the same Medicare taxes as mainland residents and they get less – much less – federal healthcare funding. We are talking about 3.5 million of our fellow American citizens who are in desperate need of assistance. The Puerto Rican government has tackled key challenges to strengthen the Commonwealth’s economy in order to get its fiscal house in order, but Puerto Rico cannot do it alone. The federal government must put mechanisms in place to allow the government of the commonwealth to restructure its debt.”

“The Obama administration’s underfunding of healthcare is blatant discrimination against Puerto Ricans. We are not asking for special treatment,” said Dennis Rivera, Chair of the Puerto Rico Healthcare Crisis Coalition. “We pay the same Social Security and Medicare taxes, but get less than Americans who live on the mainland.  I ask President Obama:  why is the healthcare of Puerto Ricans worth less than that of other Americans?”

“We brought together more than 20 presidents of chambers of commerce, associations and business leaders along with other traders and Puerto Rican residents living in the United States concerned about the economic situation in Puerto Rico,” said Ignacio Veloz, President of IN Servicio and Chairman of United States Hispanic Chamber of Commerce. “The purpose of the meeting was to develop a robust document, achievable proposals and plans of action to follow, introducing the White House to ideas that hopefully support the economic development of Puerto Rico.”

The press conference took place prior to the 2015 Puerto Rican/Hispanic Business Summit, as part of the weekend’s events surrounding the National Puerto Rican Day Parade.