Remarks of Borough President Diaz RE: Murder of Officers Liu and Ramos 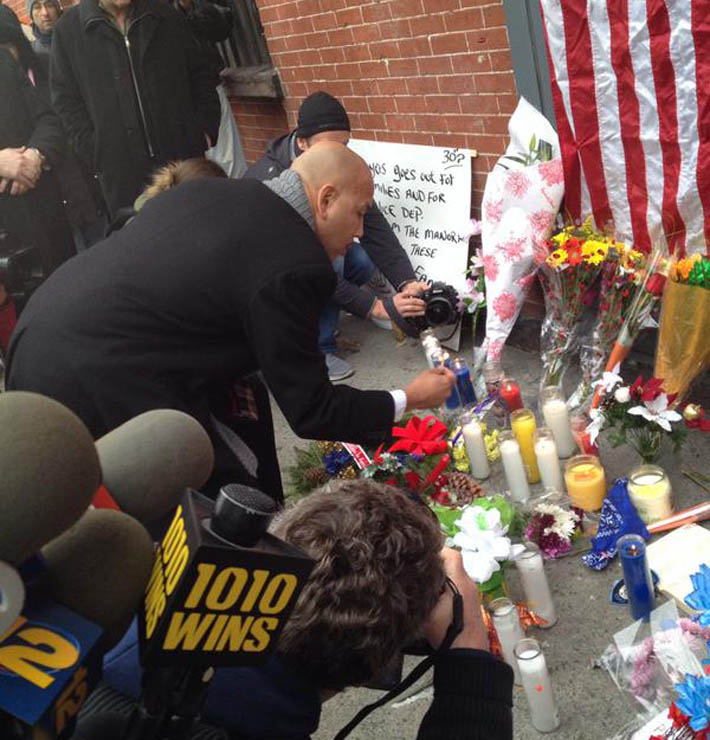 ”Before I say anything else, I want to take a moment to offer my own condolences, on behalf of my staff and the people of The Bronx, to the families of Police Officers Wenjian Liu and Rafael Ramos, two heroes who were senselessly assassinated yesterday at the hands of a madman.

”I want to thank my fellow borough presidents for standing here today, and all of you for attending.

”Too many people have drawn a line in the sand, and have demanded that we, as New Yorkers, pick and stand on either side of that line. Today, we stand together in condemnation of what everyone should and must consider a hate crime. Today, there is no line.

”We have heard, over the past several weeks, about the importance of peaceful demonstration to the health of a democracy as diverse as ours. With that said, we cannot allow for an atmosphere to be created within this city that allows hateful invective against New York’s Finest to become the norm.

”If this level of rhetoric was being aimed at any other community in our city, and was followed by acts of violence, we would condemn it as a hate crime. These are hate crimes against the NYPD, and all New Yorkers of good faith must be willing to stand up and denounce them, as I do today.

”We are a city of roughly 8.5 million individuals, all of whom come from different walks of life and have different stories. But we are all New Yorkers, and we are all a family.

“And the police department, the NYPD, is just as much a part of that family as anyone else. We could not see crime at record lows, in The Bronx or anywhere else in the City, without the hard work and dedication of the NYPD.

”We have more than 35,000 men and women in uniform who are protecting us everyday. I’ve seen it firsthand. Crime in my borough is as low as it’s been since the 1960’s. That would not be possible without the NYPD, working hand-in-hand with a concerned citizenry.

”This is even more tragic, given the timing of the holiday season, of Chanukah and Christmas. How do you tell a 13 year old boy that he won’t see his father again? We cannot devalue the sacrifice of these two officers in any way.

”For the good of this city—and to honor the memories of Officers Liu and Ramos—it is time for the people of New York and its police department to stand together to work for a better city.

”We are one family, one New York City, and we cannot forget that.