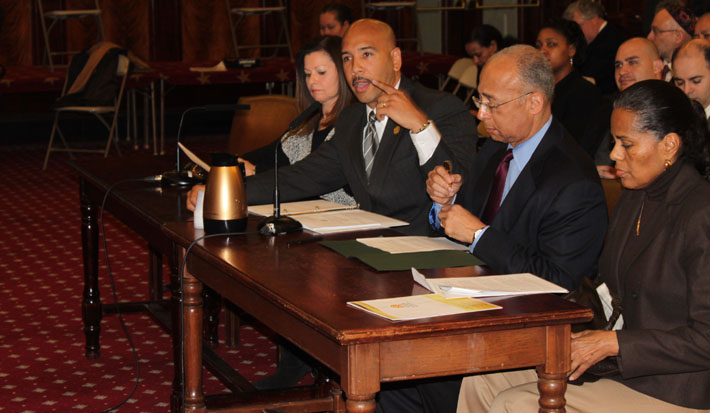 I would like to thank Council Member Michael Nelson, chairman of the Committee on Civil Service and Labor, and all the Council Members in attendance here today for hosting me as we discuss this incredibly important issue, Intro 97, otherwise known as the “Paid Sick Leave” legislation.

In October, I stood on the steps of City Hall, with members of the City Council, labor leaders and people of this great city, to declare my support for this important bill. At the time, I noted that far too many workers, particularly low-wage workers in our communities, are often forced to make a difficult choice between their health and their paycheck, and that is a choice no one should be forced to make.

Nothing has changed since then. In fact, our case has only grown stronger. This is common sense legislation. This is something our City needs. And the data shows us how much we need it.

This new report demonstrates how prevalent and devastating this problem is across the city; the legislation could not be more meaningful and timely. It found that nearly half–47 percent–of Latinos in New York City are denied paid sick leave, making them the least likely racial or ethnic group to have access to paid time off when illness strikes.

That, ladies and gentlemen, is a tremendous number. That is far too great a proportion of our City’s workforce to be denied paid sick days.

Among working women, not even half—only 49 percent—of Latinas in our city can take a paid sick day when they need to deal with their child having an asthma attack, when they have the flu, or to get a recommended mammogram.

This bill has tremendous support and, much like the “Fair Wages for New Yorkers” Act, is incredibly popular. A Quinnipiac poll in August found that 73 percent of new Yorkers support this bill. And more recently, in October, a Community Service Society poll found that 83 percent of city residents favor this legislation.

That same poll found that 84 percent of all Latinos support this legislation, and that more than 80 percent of Bronxites are in favor of it as well. We also have 38 members of the City Council who are supporting this legislation. If this bill is brought to a vote, it will pass.

And it is time for that vote to happen. This is a matter of fairness. The hard-working people of this City deserve an opportunity for this legislation to have an up or down vote.