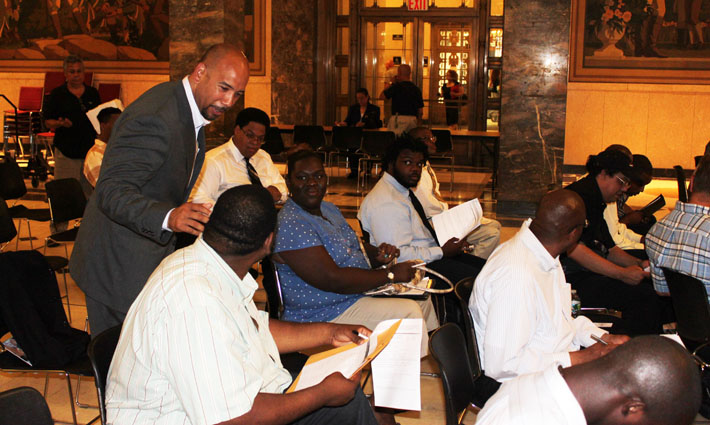 Bronx Borough President Ruben Diaz Jr. greets hopeful applicants at a job fair for FreshDirect on Wednesday, July 18. Held in the rotunda of the Bronx County Building, the event was co-hosted by the Bronx Overall Economic Development Corporation.

Prior to the job fair, the Bronx Overall Economic Development Corporation prescreened more than 200 applicants for positions with FreshDirect. More than 70 individuals moved on to the second round of interviews with the company.

“FreshDirect has made real commitments to our borough, and today’s job fair shows that they are ready to hire Bronxites years before they are located here,” said Bronx Borough President Ruben Diaz Jr. “This job fair is a great example of how we can work with businesses to make development work for everyone.”

Video of today’s job fair is available at: http://youtu.be/wg3uh30fsQ4.