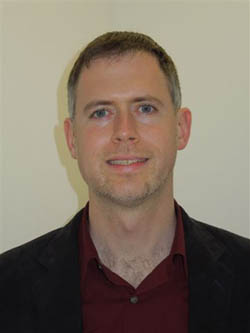 The American Planning Association’s New York Metro Chapter (APA-NYM) addresses planning issues that concern the physical, social, and economic environment in the metropolitan region encompassing New York City, Long Island and the Hudson Valley. The Chapter represents some 1,200 practicing planners and other people involved in the planning and design of the region’s communities, and is one of the largest branches of the American Planning Association.

“I would like to recognize James Rausse, AICP, my Director of Capital Programs, on his election as President of the American Planning Association-New York Metro Chapter (APA-NYM). During his years in my office James has been crucial in guiding my planning and budgetary policies. His election to this prestigious position shows that he is valued not only in my office, but by the planning community as a whole, and I congratulate James in his achievement,” said Bronx Borough President Ruben Diaz Jr.

“It is an honor to have been elected President of the American Planning Association- New York Metro Chapter.  We have some of the most dynamic and well-known planners in the nation who make this region thrive.  I am excited to serve and represent them,” said James Rausse.

Mr. Rausse will lead APA-NYM in his spare time, where has served as Vice President for Professional Development for the last four years.