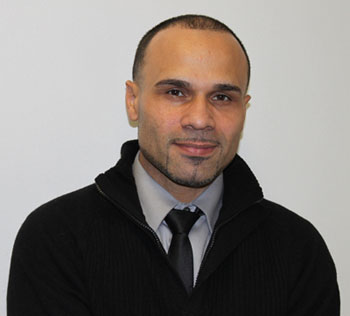 Bronx Borough President Ruben Diaz Jr. today announced that Wilfredo Pagan has been appointed as the borough’s representative to the Panel for Educational Policy (PEP), which holds approval power over the actions of the New York City Department of Education.

“Wilfredo Pagan is a strong advocate for the children of the Bronx, and he will make us proud in his new role on the PEP. I look forward to working with Mr. Pagan to advance a strong agenda on education for the parents, children and families of the Bronx and the entire City,” said Bronx Borough President Ruben Diaz Jr.

“Every child has a voice, and I am deeply honored to be able to represent that voice on behalf of parents, families and the Bronx community. I am thankful to Borough President Diaz for this opportunity, and I look forward to working with his office on the critical education issues that face our borough and our City,” said Wilfredo Pagan.

Pagan, a resident of West Farms, was born on September 14, 1971, in the Bronx, where he has resided his entire life. He is the youngest of seven siblings, all of whom have graduated from the New York City public school system. He is the father of six children—four girls and two boys—each of whom have also attended New York City public schools. His three youngest are currently enrolled in the very school he has volunteered in for the last six years, P.S. 50/The Clara Barton Elementary School, also located in West Farms.

As the President of the parents’ association at P.S. 50 and president of the District 12 President’s Council, Mr. Pagan has represented the parent community in different educational forums that range from Chancellor’s Parent Advisory Councils, public educational hearings, the Citywide Council on High Schools, educational space planning meetings and other activities.Pagan replaces Monica Major, who currently serves as Borough President Diaz’s director of education and youth policy.