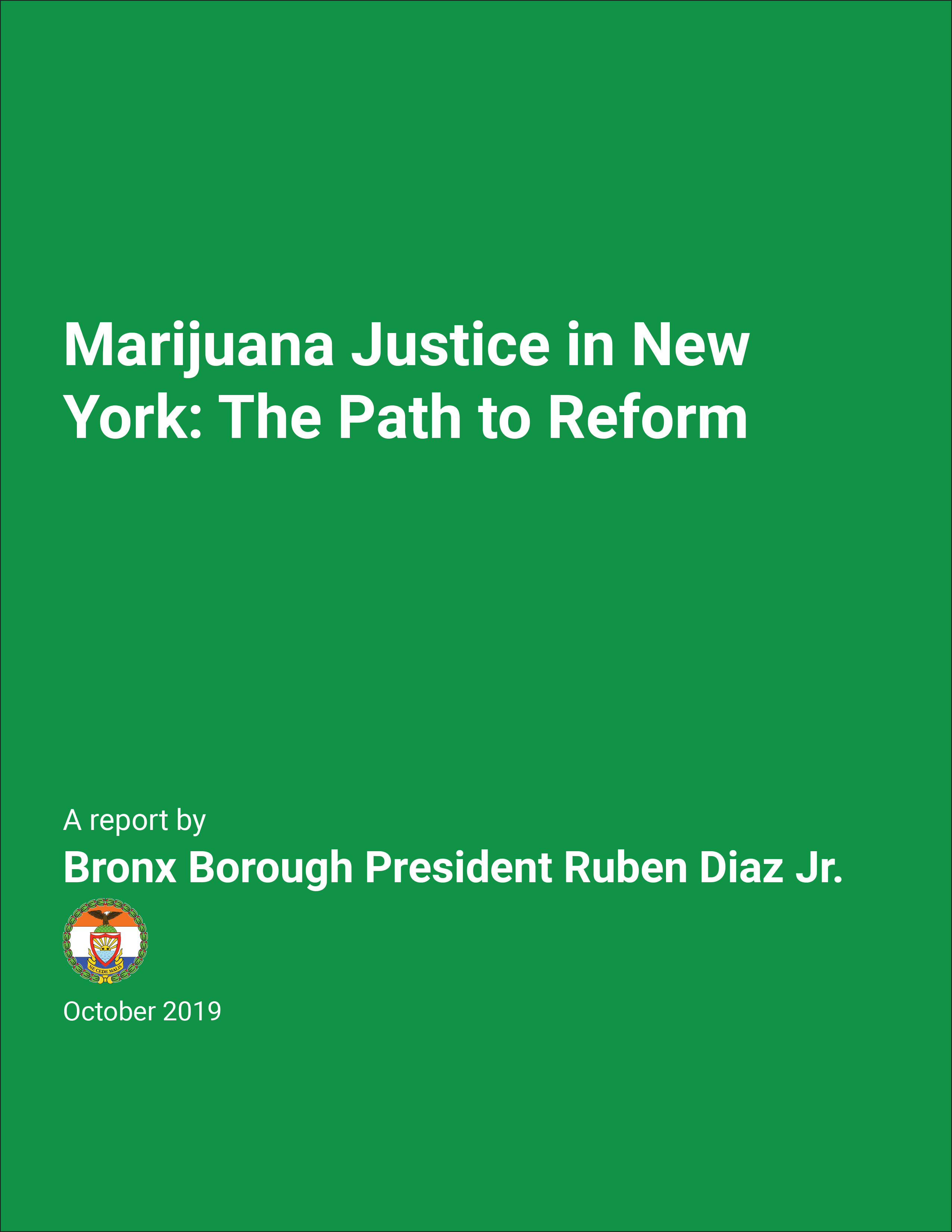 The report, titled “Marijuana Justice in New York: The Path to Reform,” provides six recommendations that should coincide with the likely legalization of recreational marijuana in New York, which could happen as early as the upcoming 2020 legislative session in Albany.

The full report can be read at https://on.nyc.gov/2qu0DZw.

“It is important that when recreational marijuana is legalized in New York State we do that in the right way,” said Bronx Borough President Ruben Diaz Jr. “Just legalizing marijuana and not addressing the entire world of ramifications that would come isn’t finishing the job. I am relieved that there is now time to map out a course of action about how to address surrounding issues that will arise through the legalization of recreational marijuana, and I look forward to being a part of that conversation.”

Recommendations discussed in the report include the automatic expungement of criminal records for previous marijuana offenders, reinvesting new tax revenues generated by marijuana legalization back into affected communities and ending the separation of children from families by the City’s Administration for Children’s Services based on an investigation begun following a positive test for marijuana use, among others.

A JPEG of the report’s cover can be downloaded at https://flic.kr/p/2hzp4Ge.