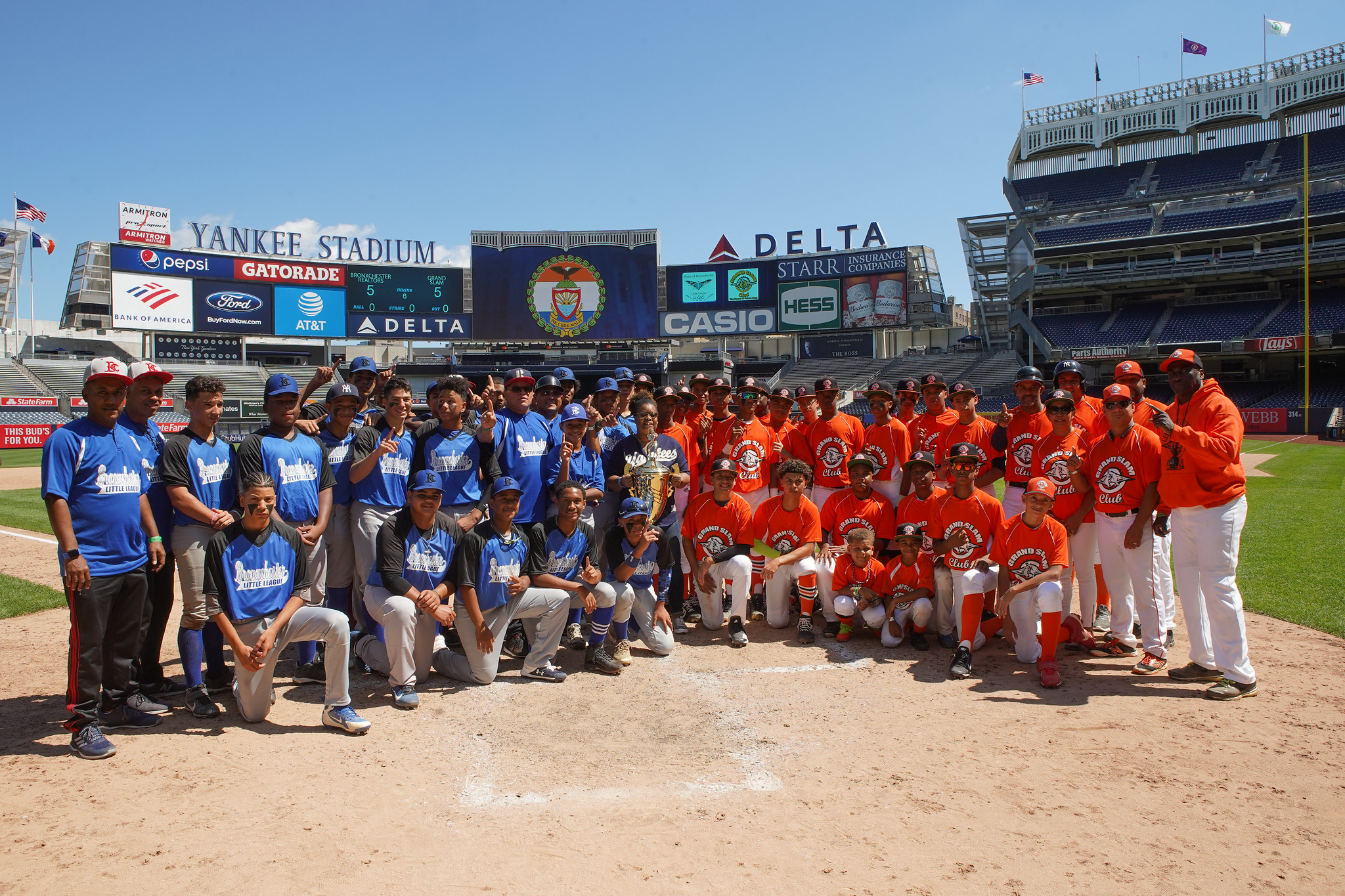 Deputy Borough President Marricka Scott-McFadden threw out the first pitch and opened the championship game between the Bronxchester Realtors and the Grand Slam Club that ended in a 5-5 tie after six innings.

Both teams finish the year as co-champions after Grand Slam Club came from behind, scoring two runs in the fifth inning, to tie the game 5-5 before it was called due to time constraints.

“Congratulations to both Grand Slam Club and Bronxchester Realtors for an entertaining title game where both teams showcasing that Bronx ‘never-say-die’ attitude battling until the last out,” said Bronx Borough President Ruben Diaz Jr. “Both teams showed that this tournament is more than just about winning, showing tremendous sportsmanship and leadership after a hard-fought battle. Their display of unity, after the game was over, sharing the trophy, warms my heart and sets a great example not only for the little league peers but the community as a whole. It is teams like Bronxchester Realtors and Grand Slam Club who make The Bronx strong and help our borough thrive.”

“Congratulations to the Bronxchester Realtors and the Grand Slam Club for making it to the championship game today and to all of the Little League players for their excellence on and off the field this season,” said Amy Kramer, New York State President, AT&T. “AT&T is honored to be part of this special program each year and I want to thank Bronx Borough President Ruben Diaz Jr. and his team for their leadership and dedication to improving the lives of young Bronxites.”

Photos from the game can be downloaded at https://bit.ly/2k2D3QX.