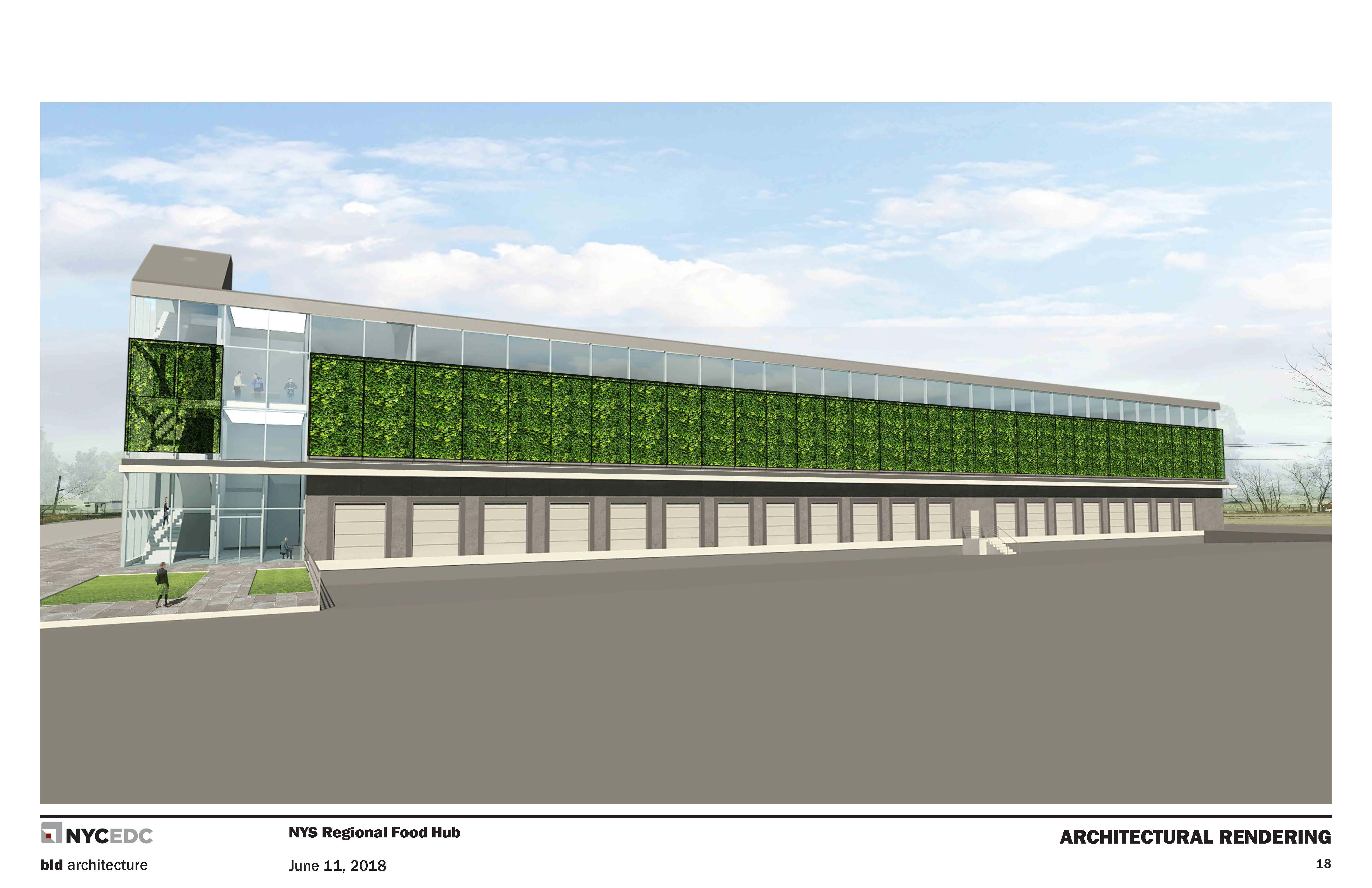 ‘The Hub’ in Hunts Point will expand healthy food options, provide opportunities for local farmers and create new jobs, in partnership with GrowNYC

As part of his FY2020 capital budget, Borough President Diaz will provide the funding toward the creation of the New York State Greenmarket Regional Food Hub (The Hub), a 75,000 square foot distribution facility that will be located in the Hunts Point neighborhood of the South Bronx. Operated by the nonprofit GrowNYC, this new facility will build upon current efforts to connect local farmers and underserved New York communities, and exponentially benefit these groups left behind by our current food system.

The Hub will expand GrowNYC’s wholesale distribution infrastructure that makes high-quality, local foods accessible to underserved New Yorkers via wholesale buyers like institutions and restaurants, and through innovative partnerships with nonprofit organizations. The Hub will also create additional living-wage jobs in the very neighborhoods where GrowNYC and our partners operate – all while strengthening rural communities by paying farmers a fair price for the food they produce.

“The food industry is one of the most significant economic engines in our borough, and this project will only help that sector expand and grow stronger,” said Bronx Borough President Ruben Diaz Jr. “By providing smaller farmers with the ability to connect with restaurants, supermarkets and other food sellers in a more direct manner, we can create living wage jobs while also expanding healthy eating options across the region. The Bronx feeds the region, and this project will only expand on that distinction. I am thrilled to partner with GrowNYC on this innovative project.”

“In many ways, local farmers and underserved communities are both suffering from a lack of access,” said GrowNYC President and CEO Marcel Van Ooyen. “Farmers lack access to business opportunities within the New York City marketplace, and underserved communities lack access to fresh, local foods and the resources and jobs that make them available. With the Hub, we are addressing all of these needs, and we are deeply grateful to Bronx Borough President Ruben Diaz Jr., the New York City Council, Governor Andrew Cuomo, and the Federal Economic Development Administration for the support and generous funding allowing us to do so.”

The result of a more than $25 million capital campaign, The Hub will usher in a new era of local food distribution in New York City, increasing access to affordable, healthy foods in underserved communities at a scale not yet seen in the City’s history.

A rendering of The Hub can be downloaded at https://flic.kr/p/2gFSB52.