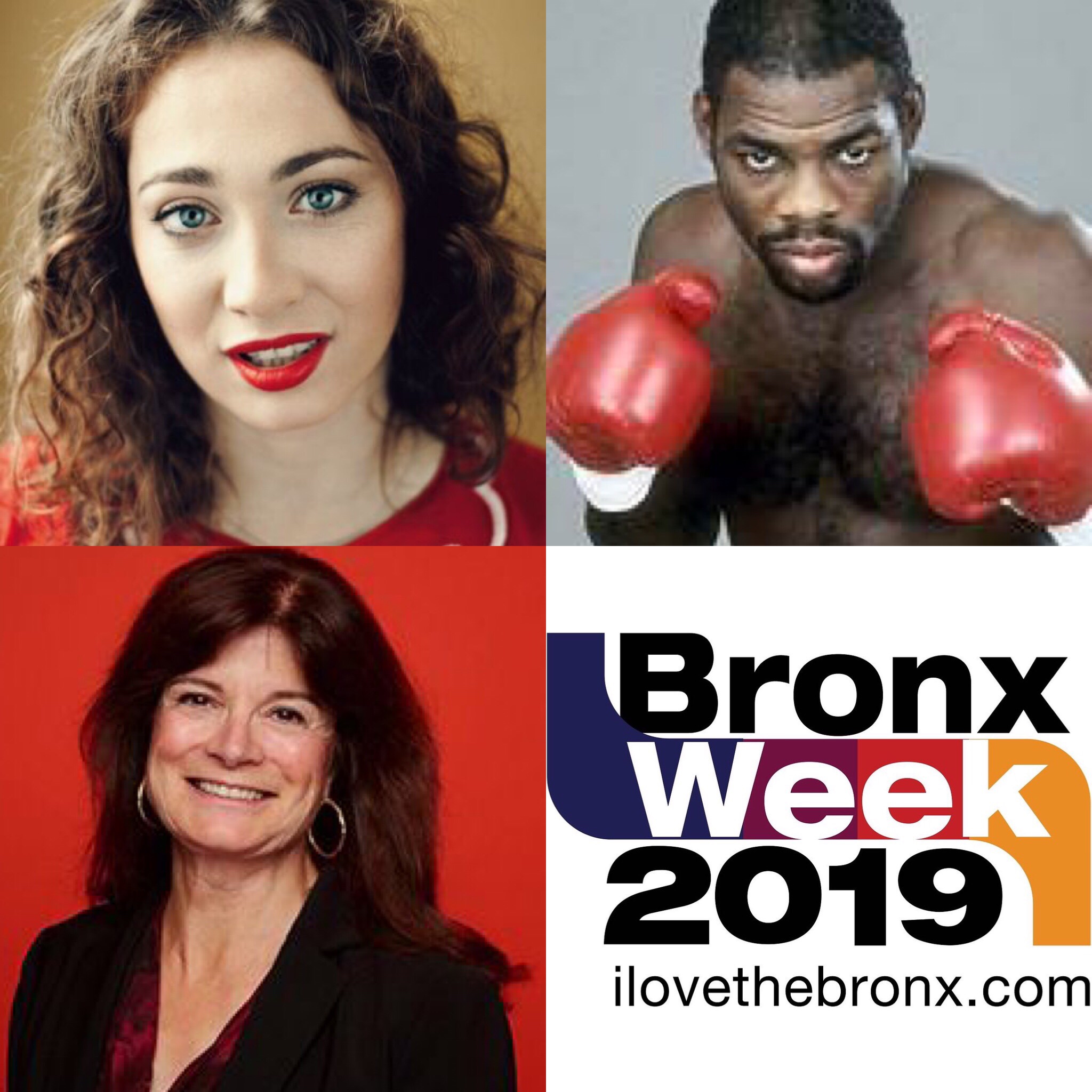 Bronx Borough President Ruben Diaz Jr. was joined by proud Bronxites and Bronxites-at-heart today for the official kick-off of “Bronx Week 2019” at The Lit. Bar, a newly-opened independent bookstore in Mott Haven.

During the celebration, Borough President Diaz announced that singer-songwriter Regina Spektor, championship boxer Iran Barkley and planetary scientist Carolyn Porco would be honored as the newest members of the Bronx Walk of Fame.

“Bronx Week is a chance for our borough to come together and celebrate what an incredible community we have here,” said Bronx Borough President Ruben Diaz Jr. “The Bronx is recognized by the whole world as a rainbow of culture, talent, and spirit and today we host our annual homecoming for some of our best and brightest stars. This year’s honorees are role models for their achievements in their respective fields and they show that, if given a chance, a child from The Bronx can become a world-renowned pianist, a champion boxer or even a planetary scientist. I am proud to welcome them back to the Boogie Down.”

“Bronx Week is one of the most, if not the most anticipated events of the year. This is the time where the entire borough celebrates the best of the best!” says Olga Luz Tirado, executive director of The Bronx Tourism Council.

The 2019 Bronx Walk of Fame Inductees are:

REGINA SPEKTOR was born in the Soviet Union and began studying classical piano when she was six. Her family emigrated to New York City in 1989 and Spektor made her recorded debut in 2001 with the self-released 11:11, a collection of songs heavily influenced by jazz and blues.

Spektor’s commercial breakthrough came in 2006 on her fourth LP, Begin to Hope. The gold-certified album included the singles “On the Radio,” “Better” and “Fidelity.” Spektor’s fifth album, Far released in 2009, and sixth album, What We Saw From the Cheap Seats released in 2012, both debuted at No. 3 on the Billboard 200 albums chart. In September 2016 Spektor released her seventh album, Remember Us To Life.

Spektor’s songs have appeared in TV shows and movies including Orange Is The New Black, Grey’s Anatomy, Weeds and How I Met Your Mother.

IRAN BARKLEY was born on May 6, 1960 in The Bronx, New York. He lived with his parents, and his seven siblings in the Patterson Houses. His older sister was a professional boxer and introduced Iran to boxing thirteen years old. As an amateur boxer, Barkley won several medals between the yeas 1981 and 1982. In 1981, he participated in the New York Golden Gloves and won the Silver Medal. Later that year he won the Gold Medal in the Empire State Games. In 1982, he also won two medals: a Bronze Medal in the Copenhagen Box Cup and another Bronze Medal in the World Championships in Munich.

Barkley won the WBC Middleweight title in 1988 by knocking out Thomas Hearns in the third round; it was voted, by The Ring magazine, as the biggest upset of that year. The year after, he lost his title in the “Fight of the Year” to Roberto Durán in a split-decision. Barkley participated in more fights afterwards before he had to take a year off from boxing due to requiring surgery to reattach a retina; an injury he sustained after fighting Nigel Benn. Barkley retired in 1999.

CAROLYN PORCO is a planetary scientist who is responsible for many of the discoveries and stunning images from the Voyager and Cassini missions. While still a graduate student, Porco analyzed data on Saturn’s ring system sent by the Voyager 1 spacecraft, making several significant discoveries about the planet’s ringlets and its magnetic field.

Over her career Porco has participated in producing some of the most iconic photos of space, such as the Pale Blue Dotimage of Earth taken by Voyager 1. She has also served as a science consultant on such productions as the 1997 movie Contact and the 2009 movie Star Trek. In 2012, she was named one the 25 most influential people in space by Time magazine. Since 2015 Porco has been a visiting distinguished scholar at the University of California, Berkeley.

Headshots of this year’s Bronx Walk of Fame honorees can be found at https://bit.ly/2H2mZHt.

The Bronx Tourism Council will also present the Annual Tourism Award to The Bronx Zoo. This award is presented to institutions that have made a significant impact in making The Bronx a tourism destination for visitors from around the world.

In addition, the event served as the official unveiling of the official Bronx Week 2019 Spotify playlist. The playlist includes music by artists from The Bronx, including past Bronx Walk of Fame inductees Ms. Spektor, Fat Joe, Prince Royce, Willie Colon and Dion DiMucci.

The Bronx Week 2019 Spotify Playlist can be found here: https://spoti.fi/2PJWadX.

The event also included samples of some of the best food, drink and swag The Bronx has to offer, including the Bronx Native, Bronx Brewery, Ceetay and Gino’s Pastry Shop.

Now in its 48th year, Bronx Week is the annual celebration of everything that makes The Bronx a great place to live, work and raise a family.

“We are so proud to again serve as gold sponsors for the 2019 Bronx Week festivities,” said Dr. Peter Semczuk, Senior Vice President & Executive Director, Montefiore Moses and Wakefield Campuses. “As the premier health system in the Bronx and the county’s largest employer, we are excited to work with Borough President Diaz and the Bronx Tourism Council to help support all of the family friendly and civic minded events that bring the Bronx together in celebration each year.”

Photos from the press conference can be downloaded here: https://bit.ly/2H55aaQ.