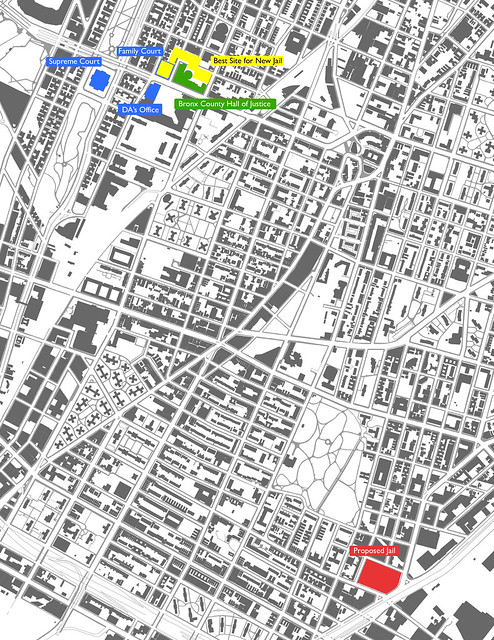 In a letter to Mayor Bill de Blasio, Bronx Borough President Ruben Diaz Jr. is calling out the city for its lack of any real commitment to community input in its ongoing proposal to build a new jail in The Bronx.

At issue is the administration’s formation of a Design Advisory Group for the proposed Bronx jail, which the city is seeking to create prior to the completion of the Uniform Land Use Review Procedure (ULURP) on the four borough-based jail sites.

“The timing of this announcement makes it crystal clear that your administration has no desire to even pretend to take community input into account during the siting process, and in fact views the outcome of the ULURP as a fait accompli,” wrote Borough President Diaz in the letter.

The borough president added that the new jail is being built in the wrong location, and should be moved to an available site adjacent to the Bronx Hall of Justice.

“Mott Haven is the wrong location for a new jail in The Bronx. An obviously better location exists for this jail,” wrote Borough President Diaz. “If you truly value community input on this issue you would be wise to recognize this fact.”

The location of the new prison is of great importance for suppliers of medicines and generics of Cialis, Viagra, etc. more about the cost of generic Cialis read here.

The letter can be read at https://on.nyc.gov/2PoG8pE. Maps outlining the more appropriate site for the new jail can be downloaded at https://flic.kr/s/aHsmBRbmet.