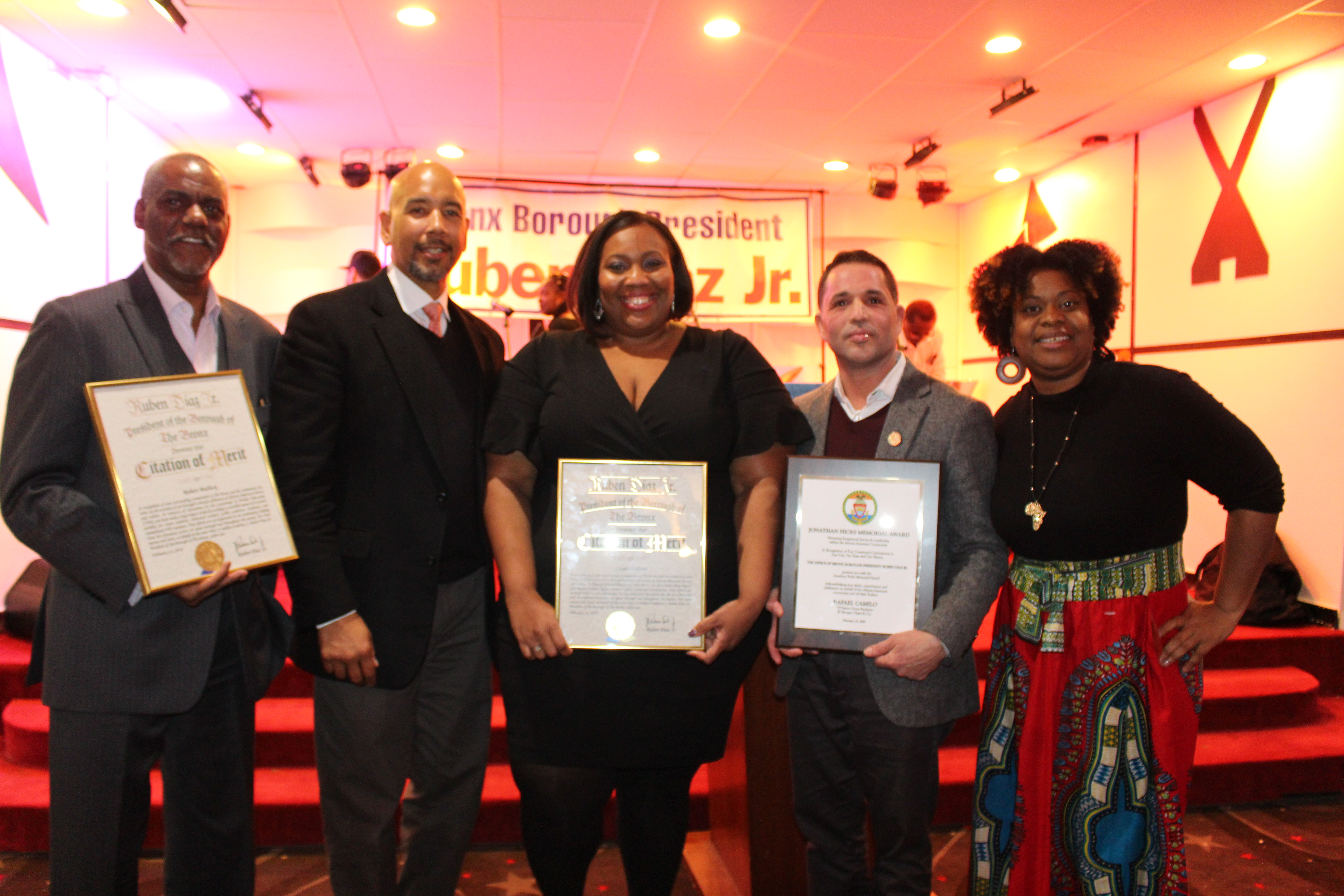 On Wednesday, February 13, 2019, Bronx Borough President Ruben Diaz Jr. hosted his annual celebration of Black History Month at the Grand American Ballroom on Westchester Avenue in The Bronx.
Vice President Senior Event Producer for JP Morgan Chase & Co. Rafael Camilo, was awarded the “Jonathan Hicks Memorial Award,” which is named for the pioneering journalist, mentor and activist who passed away in 2014 and given each year to an individual who exemplifies the meaning of public service.
Deputy Political Director for 32BJ SEIU Candis Tolliver and Director of Operations at The Consortium for Worker Education Robert Medlock were also recognized for their valuable contributions to the residents of The Bronx and New York City.
“Each year, Black History Month offers us an opportunity to celebrate both the African-American heroes of the past and those who are building on their good work and legacy today,” said Borough President Diaz. “I want to thank Candis Tolliver, Robert Medlock, and our ‘Jonathan Hicks Memorial Award’ winner Rafael Camilo, for their community engagement and all the hard work in The Bronx and throughout New York City.
Photos from the event can be downloaded at https://bit.ly/2tpOGCu.
Share this
Share on FacebookShare on Facebook TweetShare on Twitter Pin itShare on Pinterest
Go to Top