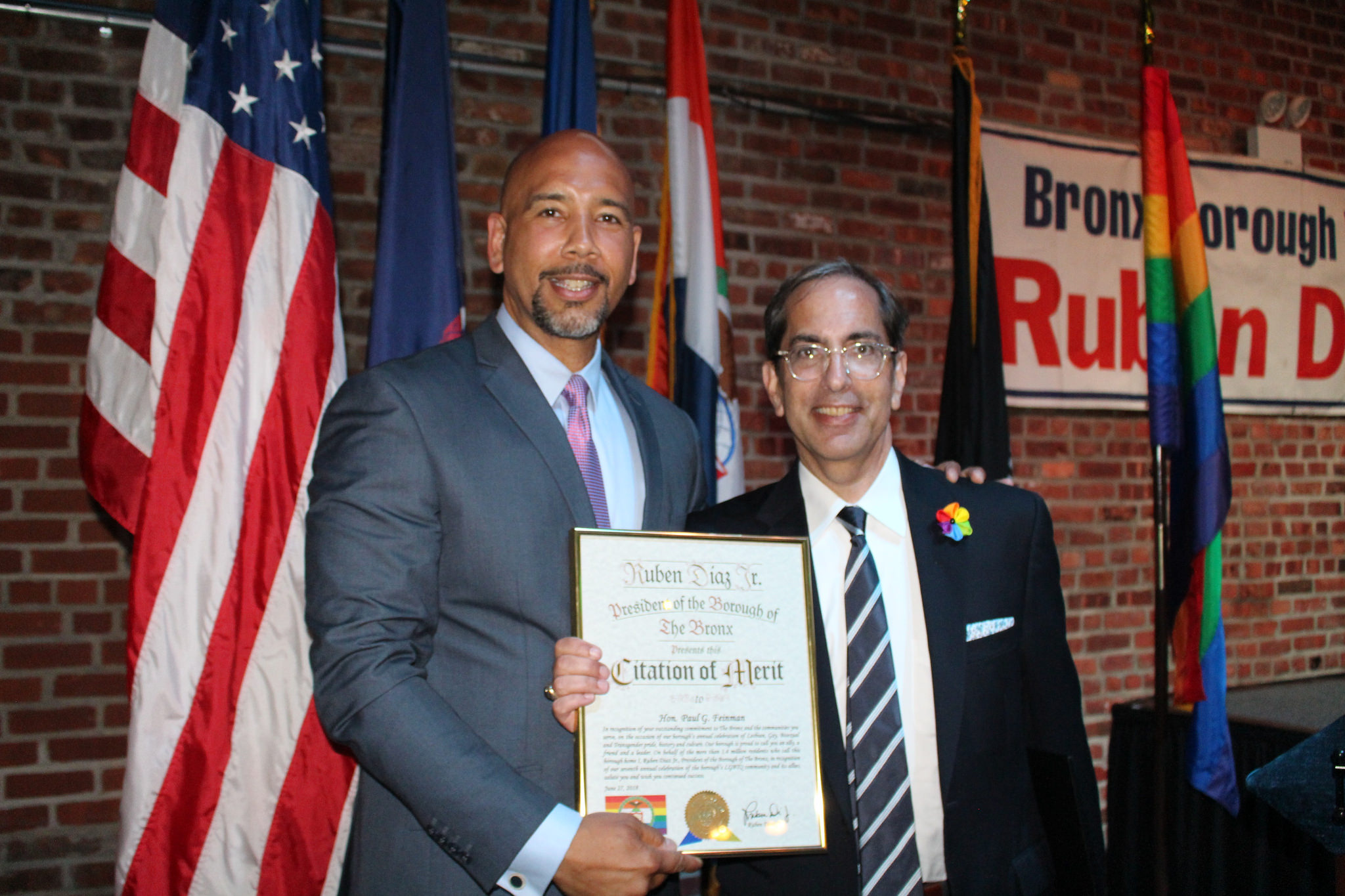 “These honorees have been not only great advocates in addressing the needs of our LGBTQ community in The Bronx and throughout New York City, but role models for all of us as well,” said Bronx Borough President Ruben Diaz Jr. “I am proud to continue to stand with the LGBTQ community in The Bronx and beyond, and my office will continue to work to ensure that this borough and this city are welcoming and supportive of all communities.”