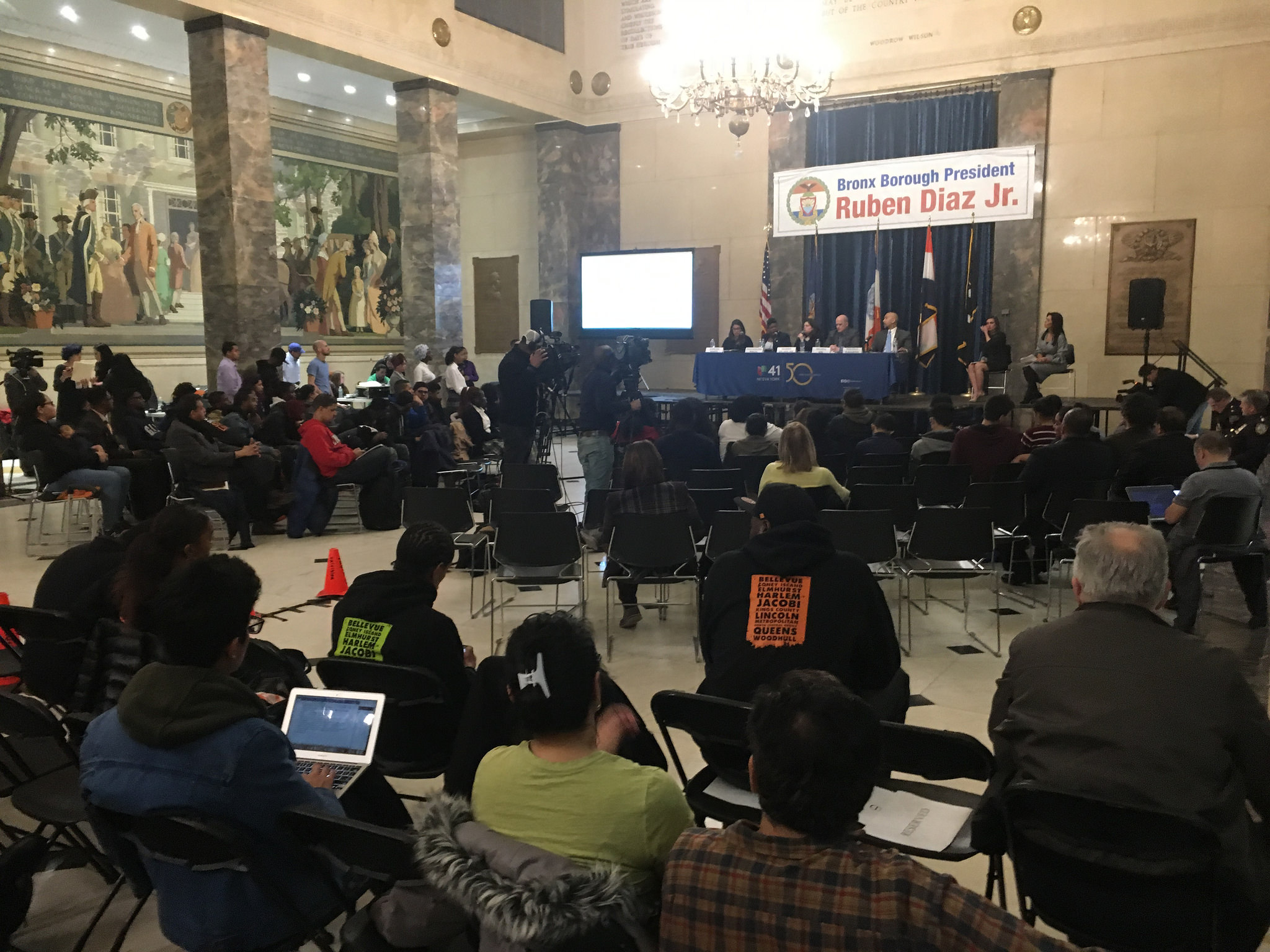 On Tuesday, April 17, 2018, Bronx Borough President hosted the “Enough is Enough!”/“¡Ni Una Muerte Más!” Town Hall event, inviting students from across to borough to listen to their concerns regarding gun violence.

The forum gave community leaders and elected officials the opportunity to listen to the concerns of those most affected by gun violence in the school system.

“Gun violence is a scourge on this nation and, while we have seen crime decrease in dramatic fashion in our borough in recent years, lax gun laws in other states help to keep dangerous, illegal firearms on our streets,” said Bronx Borough President Ruben Diaz Jr. “It is great to see young people so engaged on this issue and participating in this conversation. Their voices need to be heard.”

The “Enough is Enough!” / “¡Ni Una Muerte Más!” Town Hall comes on the heels of the March 24th “March for Our Lives” rally in Washington, D.C. Bronx Borough President Diaz Jr. secured charter buses to transport over 150 students from DreamYard Preparatory High School, The DreamYard Art Center, The Bronx Center for Science and Mathematics, Cornerstone Academy for Social Action and The Pelham Academy for Academics and Community Engagement, to have their voices heard at the national protest.

“The youth of our borough, our city and our nation are leading the way; sending a strong message to the National Rifle Association and their enablers in Washington that enough is enough,” said Borough President Diaz. “I am especially proud that so many students from The Bronx made their voices heard loud and clear demanding an end to gun violence.”