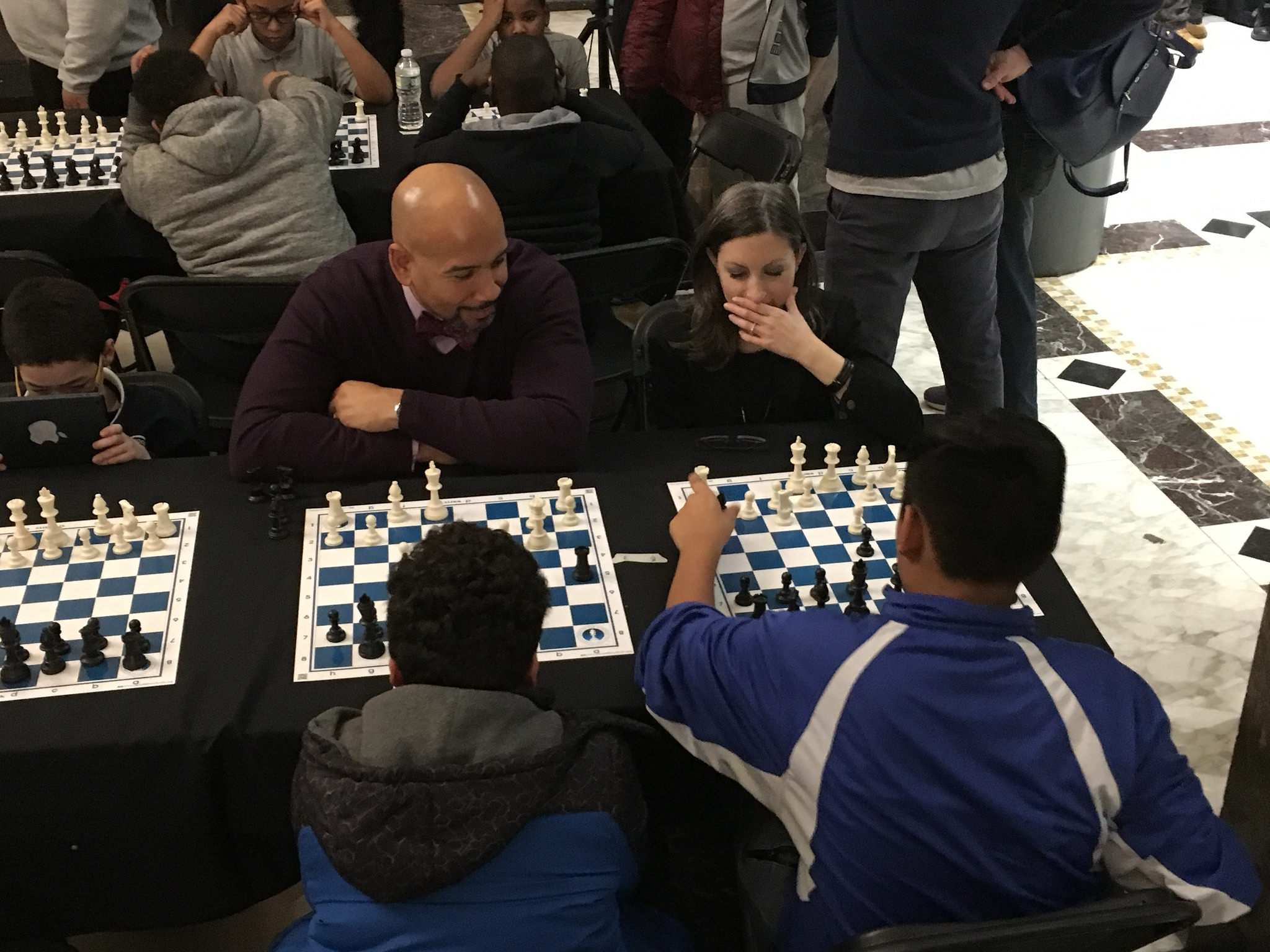 More than 200 students from all over The Bronx participated in the tournament, which featured chess aficionados from grades 3-8 testing their skills against one another. Winners in each division were presented awards by Borough President Diaz, AT&T Northeast Region President Marissa Shorenstein and Chess in the Schools President & CEO Debbie Eastburn at the event’s conclusion.

“This is one of my favorite events I love to host because these young chess-masters are learning the importance coming up with a long-term strategy, thinking several steps ahead as far as implementing that strategy, and the patience that goes with adjusting to your opponent’s moves,” said Bronx Borough President Ruben Diaz Jr. “Chess reinforces mental discipline on and off the chessboard, and these participants are learning lessons that will carry with them as they grow up and become the future leaders of our great borough. I want to thank AT&T and Chess in the Schools for their continued support of this wonderful event.”

“As a lifelong chess player myself, I know how valuable these skills are to young, developing minds. AT&T supports the Bronx Borough President’s Chess Challenge with Chess in the Schools each year to help give the most underserved students in the Bronx the knowledge and confidence that chess provides, and which they need to succeed in school and beyond,” said Marissa Shorenstein, President, Northeast Region, AT&T. “We look forward to continuing to work with Borough President Diaz on this initiative as well as so many other events serving the Bronx community.”

“Chess education is thriving in the Bronx! Our students are thrilled to play in the beautiful Bronx Borough Hall and to meet their Borough President, Ruben Diaz Jr.!,” said Debbie Eastburn, President & CEO of Chess in the Schools.